Our planet is rapidly growing warmer. Initiatives are surfacing to not just adapt to, but actively combat the accumulation of greenhouse gases in the atmosphere. …

April 21st this year the museum by the name Louisiana that is located in Humlebæk, North of Copenhagen, opened a new exhibition by the artist …

While mixed migration to the industrialised world captures most media and political attention, the reality is that approximately 85 percent of the worlds refugees and asylum seekers are hosted in so-called developing countries. Uganda is, as a low-income nation at the size of the UK, hosting more than any other African country. Uganda, further has the world’s third largest refugee population, after Turkey and Pakistan, with more than 1.3 million refugees by September 2019, of which more than one million has arrived since 2017.

In 2010 Christine Oryema set out to do her PhD. She was, through the process, to find and document the diversity, uses and nutrient composition of indigenous edible fruit trees of northern Uganda, particularly in Gulu and Amuru districts. Although she later narrowed her study site to just six sub counties of Gulu, she found more disturbing questions beneath the answers she sought, leading her to conclude: “I think I have just brought out this area. It has not been studied.” 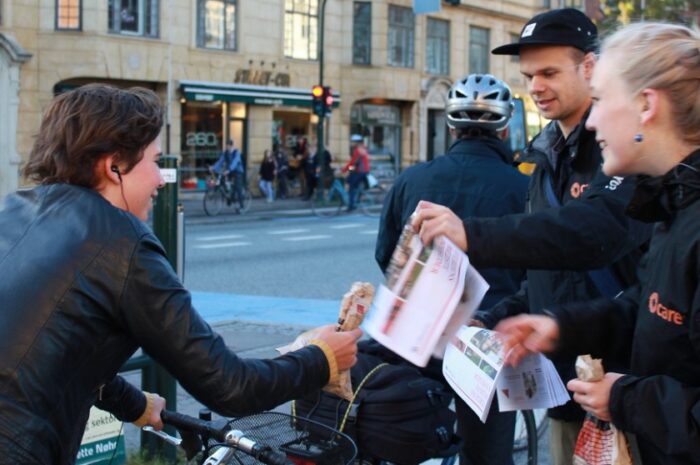 Verdens Bedste Nyheder use constructive journalism to write news stories on global development. They regularly publish news on their website, as well as Facebook, Twitter, and Instagram. Every Friday you can read the articles in the free newspaper B.T.metro.

What is the outcome of research capacity development? Climbing the social ladder or making a sustainable difference. New research on individual work careers of Ghanaian academics draws a diverse picture. Former PhD students from University of Ghana, who became part of the Enhancement of Research Capacity (ENRECA) programme 1989-2009, were interviewed for the study.

In Spring 2017, Center of African Studies (CAS), University of Copenhagen organised a seminar to discuss how Africa is represented by media and non-governmental organisations. Stig Jensen, who is an Associate Professor at CAS and frequently appearing in media on African issues, shared his research findings on the media coverage in Denmark under the heading: Does Danish media prefer news from Africa that confirms a pessimistic perspective and what might be some of the reasons for this?

The centenary of the sale of three West Indian Islands by the Danish Government to the United States of America was marked in Denmark by a wide range of academic, cultural and artistic events. This post tells about the traces of slave trade in the built environment in greater Copenhagen, a contemporary art exhibition asking questions about identity and rights, and about a new research project comparing forced migration in the past and present.

On 20 December 2016, Ms. Masheti B. Wanoyi defended her PhD dissertation ‘In Nairobi, they speak English’ ending a more than four years’ research process divided between thirteen months of field work in Kakamega, Kenya, and three years of analysis. In the process, she was being supervised by Professor Lisa Ann Richey and Associate Professor Bodil Folke Frederiksen at the Doctoral School of Social Sciences and Business, Roskilde University, Denmark. The defence was successful. Masheti B. Waynoi was confererred the PhD degree in Social Service.