While mixed migration to the industrialised world captures most media and political attention, the reality is that approximately 85 percent of the worlds refugees and asylum seekers are hosted in so-called developing countries.

Uganda is, as a low-income nation at the size of the UK, hosting more than any other African country. Uganda, further has the world’s third largest refugee population, after Turkey and Pakistan, with more than 1.3 million refugees by September 2019, of which more than one million has arrived since 2017.

Under continuous disruptive regional circumstances, Uganda’s open and generous refugee-hosting policies represent a tendency, which contrary to contemporary externalising, security, and deterrence approaches to migration, has drawn vast inspirational global attention from the UNHCR, the European Union, and other major governing entities.

Already by 2016, academia and the international society, appointed Uganda as a pioneer nation, regarding efficient and humane migration management and governance – an approach that could possibly circumvent insufficient and inhumane refugee responses globally.

Professor in Refugee and Forced Migration Studies from Oxford University, Alexander Betts, wrote that: “Uganda has become a go-to example of the success of refugees’ right to work and for the viability of market-based approaches. It shows that another approach – beyond dehumanising encampment or urban destitution – is possible” (The Conversation 2017).

A tumultuous and conflicted neighbourhood, with the civil war in South Sudan and ethnic conflict in the Democratic Republic of Congo (DRC), are the most significant determinants of the present refugee situation in Uganda.

It is further the result of a set of policies, which have been praised by for instance the UN High Commissioner for Refugees (UNHCR), Fillipo Grandi, since it permits refugees to obtain employment, allow them freedom of movement, and to cultivate a plot of land handed over by the Ugandan state upon arrival. Rights, which are rarely seen granted in any other host country, since refugees are commonly seen as threats to domestic security, internal competition on jobs and resources. Refugees in Uganda are also granted access to primary education and state-provided health care.

In an interview with Professor in History, Dr. Agatha Alidri from Gulu University in Northern Uganda, in October 2017, she stated:

“Given our historical conflicts, at one time we were also refugees. And given that experience, we know exactly what it means to be a refugee. When a group arise as refugees, you fast reflect on your own life in exile. That makes you develop empathy for them. We have also been hosted as refugees, and our peace in Uganda is volatile. The peace is fragile. Any time, anything can happen. If you mistreat refugees, what will you expect in any case of breakdown in the political stability?”.

Dr. Alidri has spent the past many years researching within migration in the Great Lakes region, and she is here making it clear, how the Ugandan approach towards refugees, is a product of history, mutual regional reciprocity, and an ever-present uncertain socio-political future.

Displacement is not distant in the collective memory for a large part of the Ugandan population. From 1971-1979, under the rule of President Idi Amin, between 300.000 and 600.000 people, were internally displaced. In the beginning of the 2000s, the Lord’s Resistance Army (LRA) and its leader Joseph Kony, made devastating wreckage in the Northern part of the country. In 2005, when the conflict was peaking, more than 1.8 million people had been displaced internally.

Uganda has been hosting refugees already since the 1930s, and the country’s first Act on refugees – the Control of Alien Refugees Act (CARA) – was commenced in 1960. During the late 1990s, a new policy initiative, the innovative Self-Reliance-Strategy (SRS), which sees refugees as economic contributors and not just as stateless passive clients, was implemented.

The Refugees Act, passed in 2006, is clearly acknowledging that earlier experiences of domestic displacement, were inspiring Uganda’s generous refugee policies. On the World Refugee Day in June 2018, The Ugandan Prime Minister Ruhakana Rugunda, said that: “Today, it is them, tomorrow, it could be any one of us”.

Self-Reliance Strategy and The Humanitarian-Development Nexus

The UNHCR, has since the 1960s, been developing the SRS, as a durable solution, in order to circumvent protracted refugee situations, and to increase social and economic links with local communities.

The foundation of the strategy, is a strive to establish refugee settlements, based on small-scale agricultural production, which will allow refugees to become self-sufficient over time. The concept is exploring individual refugee’s abilities to provide for themselves, and thereby promote local economic participation, and enhance livelihoods, in order to create sustainable long-term solutions.

Uganda, which for decades has been working on SRS-like initiatives itself, officially launched a new policy between 1998 and 1999, in collaboration with the UNHCR. Initially it was sought implemented as a settlement strategy, with a main focus on Northern Uganda, mainly the West Nile districts; Mojo, Adjumani and Arua, which primarily, and still, host Sudanese refugees.

The aim was to increase and improve self-sufficiency regarding food, and to enhance refugees’ and host communities’ use of social services, along with improvement and support for local governments to generally deliver better to refugees and host communities.

Policymakers and scholars have, since the launch of the policy, been documenting the positive effects of the SRS in Uganda. Despite draughts and environmental vulnerability, UNHCR has claimed that food self-sufficiency has been achieved by the main part of the refugees, and that the policy has been fruitful.

The Ugandan refugee policies have all been described as a global paradigm shift, as emphasised in the UN Sustainable Development Goals, which aim to move away from solely humanitarian emergency responses, to long-term development outcomes.

Uganda has for more than 30 years been one of Denmark’s key partners in Africa, and further the country, which has received the most financial support from Denmark over the years. The Danish International Development Agency (Danida), is in the 2018-2022 Country Programme for Uganda that, in line with the Sustainable Development Goals (SDGs) and the 2040 Vision for Uganda, aims at contributing to poverty reduction through inclusive and sustainable development, promote democracy, good governance and human rights, and to support Uganda’s stabilising role in the region. Denmark has earmarked 945 million DKK of investment, for the four-year period.

“With Uganda being a poor but stable country situated in an increasingly unstable region and being the largest refugee-hosting country in Africa, Denmark has a clear interest in a continued Danish-Ugandan partnership”.

The so-called European refugee crisis has, however, drastically changed the political landscape and thereby also the focus of Danish development aid. Danish development aid to Africa decreased by almost 40 percent, in the period from 2013-2018, while the support to Turkey increased throughout 2018 to 248 million DKK. In the same year, Uganda received 236 million DKK.

Despite many international positive appraisals of the ideas within the Self-Reliance Strategy, the implementation, structure, and long-term effects, leaves a lot still to be achieved. The immense and continuous refugee influx to Uganda, along with insufficient funding and lack of resources have further made the generous Ugandan ‘open-door’ policies waver.

Since the implementation of the refugee initiatives, the Ugandan GDP has been growing steadily, with an annual rate of around six percent. Uganda is, however still ranking low on the Human Development Index.

The National Household Survey 2016/17 was pointing at challenges with an informal labour sector surpassing the formal sector, high unemployment rates among the youth, and fast evolving and possibly challenging, demographic growth. The Northern parts of the country, which has the highest concentration of refugees, is further severely affected by chronic and isolated poverty.

In 2016, Uganda launched the Settlement Transformative Agenda (STA), to facilitate sustainable livelihoods in host communities and for the refugees. The STA is a part of Uganda’s Second National Development Plan, with a goal of making Uganda a middle-income country by 2040. Refugees are, however, only accounting for three percent of the overall contributing population.

Pragmatic and logistic challenges, such as lack of donor support, inadequate resources, poor sanitation and water conditions, food shortages, ethnic tensions, and bureaucratic restrictions on the rights granted to refugees, are also dominating the contemporary landscape. Although urgent initiatives to mitigate long-term challenges, such as STA and the Refugee and Host Population Framework (ReHoPE), have been sought implemented, the open-door policies are facing serious risks of failing.

To make things worse, a severe case of fraud with funds allocated to refugee initiatives, was discovered in February 2018. Funding from the EU and the United States was hereby jeopardised, and UNHCR replaced some of Uganda’s largest donors, as the sole country representative. While the European Trust Fund for Africa’s (EUTF) funding to Uganda’s refugee initiatives is counting for 44 million euros for the 2016-2020 period, the EU’s primary attention has recently been targeted towards bilateral agreements with Libya, Turkey, and the nations in the Sahel Region.

Inspired by the Ugandan approach, the UNHCR-mediated Comprehensive Refugee Response Framework (CRRF) enshrined in the New York Declaration (2016), was unanimously settled by all UN signatories. The EU is however increasingly fragmenting regarding agreements on migration policies, and open hostility and distrust towards the new Global Compact for Migration and Refugees (2018) – the successor of the CRRF – makes common sustainable migration governance, seem unlikely in any near future. None of the above-mentioned initiatives have, to this date, been practically implemented yet.

After 32-years of presidency and with a tumultuous internal political situation, the future resignation of the 74 years-old Yoweri Museveni, might be causing political upheavals and turmoil, which makes the refugee situation vastly vulnerable. Uganda has never experienced a peaceful change of power, and with an increasingly frustrated population, a calm future transition is not to be taken for granted.

For Uganda to be able to maintain its generous refugee-hosting model, the country will need to be able to provide sustainable livelihood assistance to the continuous influx of refugees, and to re-shape a better long-term commitment for its donors. In the most recent Refugee Response Report, Uganda is requesting 869 million dollars, which has to cover both refugees and national development in the future – a need, which presently is far from being covered. 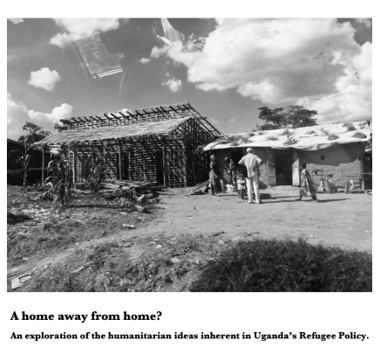 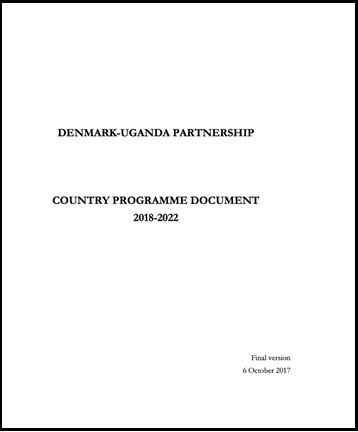 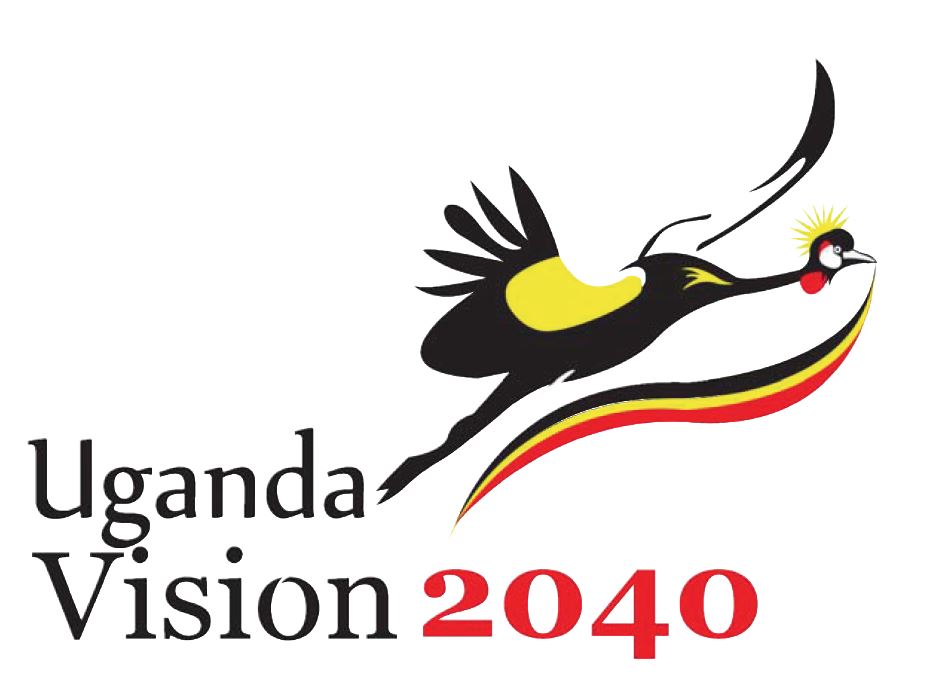