Migration or human mobility is a complex phenomenon that encompasses a multiplicity of economic, social and security aspects. According to the “World Migration Report 2020”, 3.5% of the world’s population are migrants. Latin America and Europe are both experiencing this phenomenon with differences and similarities. One point in common –says Rita Lages, researcher and academic at the University of Chile– is that migration forces countries, states, governments, nations and civil organizations to question their values and the structures they are building.

Rita Lages is a professor at the Faculty of Law of the University of Chile and a researcher at the Center for Human Rights of the same university. She observes migration from the perspective of human rights. She studies how nationstates and international organizations have regulated and established common standards on human mobility.

“I am interested in seeing what the justice system says because from there, I can have a discernment of what the legal problems are and try to propose solutions,” she says.

In this interview, she explains the differences and similarities between the migratory phenomenon in Latin America and Europe. As an academic, she maintains that, more than a phenomenon about “the other”, migration forces countries, states, governments and societies to question themselves, their values and the public policies that are being implemented with regards to this matter.

What are the points in which migration in Latin America and Europe coincide and differ?

“A common point between both processes is that the migratory flows, both in Europe and in Latin America, are intra-regional. That is, most of the people who migrate belong to the same region. In the case of Europe, an important part of the migratory flow comes from Eastern Europe to Western Europe”.

“The same thing happens in Latin America, migration is intra-regional” she states. One nuance – Rita Lages adds – is that several Western European countries are economically developed, so this region is also a global pole of attraction for migrants and receives people from Africa and the Middle East. “This situation means that there is greater cultural and social diversity in this region. This means  that public policies on integration linked to language or religion have greater force in Europe compared to Latin America,” she indicates.

Another difference – according to Lages– is that most Latin American countries, with exceptions such as Chile, not only receive migrants but also produce them. “In Western Europe, especially the countries of the European Union, they present negative migratory balances. In other words, this means there are more people who are entering as migrants than people from Europe who emigrate from their countries”.

A situation that was transformed due to the increased migratory flows is that Latin America changed the way in which it approached the legal side of migration. This means the legal requirements for people to be able to access the citizenship or nationality of a country in Latin America are now stricter. “Latin American countries have been adopting similar standards to those of the global North, where the concern is focused on border control and establishing rigorous requirements to access nationality or permanent residence,” she explains.

“Yes, but it is an approximation that is being disseminated throughout Latin America. At the moment, most of the migratory flow in the continent is from Venezuela and is causing strong pressure on the migratory systems of the countries of the region. In a short time a significant number of people arrived at the borders of Chile, Peru, Ecuador, Colombia and Argentina. In a very few years, Venezuela went from being a country that attracted migrants to one where people emigrate from. This does not happen in Europe because there is not a single country that is forcing people to migrate. In the case of Europe, these exoduses have gone through well-segmented phases associated with armed conflicts: Syria, Afghanistan, and now Ukraine.”

What happens to the human rights of migrants when they emigrate to Latin America or Europe?

Within the European Union, the issue of integration in human rights is being worked on more in depth. In Latin America I would say that there is not much interest in integrating migrants as subjects of international law. The concern is focused on control and security. Yes, some rights are established, but there are no public policies that involve, for example, the fight against racism or xenophobia.

To resolve the question of how to have a truly multicultural society where linguistic, religious and racial diversity is welcomed, public policies must be created. Migration must be an important factor in this debate. For example, in Chile ,we have to discuss racism and xenophobia due to the migration of people from Haiti.

It seems that migration has challenged the status quo and structure of many countries….

Migration makes visible certain problems or weaknesses in societies or countries that may not be seen so clearly, but the presence of migrants makes it necessary to question. Cultural integration is one aspect but there are others, such as urbanization: How are we building cities? Migrants tend to concentrate in cities. This implies that migration might make local authorities question themselves on how to develop the growth of the city. How to organize it in order to avoid situations of segregation? This is just an example.

Another issue is the aging of the population and the implementation of public policies to remedy this phenomenon. One possibility would be to try to compensate for the low birth rate with increased migration, but but that cannot be the entire solution. This forces local authorities and governments to think about salary policies and how to create a care system that takes into account the need for balance between work and personal life. Are we paying large enough wages so that people can have a decent standard of living and the children they want? How do we organize a national care system for the elderly that does not fall solely on the responsibility and exclusive labor of women? Those are some interesting questions.

Another topic is national identity. Migration forces us to question ourselves about the national identity of any country. What does it mean to be a citizen of a country and how is this identity linked to xenophobia and racism?

It is important to emphasize that migration as a phenomenon or process has more to do with who we are as a country and nation than with the “foreigner”. Migration forces us to deeply question who we are and what our values ​​are as a society.

A common point with Europe that we see today in Chile, is the irruption of racism and xenophobia in political speeches about migration. The campaign carried out by the Republican Party – a Chilean far-right party – in the last presidential election in Chile on migration issues is very similar to the discourse of European far-right parties.

This is another important point: In Latin America migration was not on the political agenda, but it started to be in recent years with that kind of argument. This is also beginning to be common and similar to what is happening in Europe, where many decades ago migration was politicized and used as an argument in the discourse of far-right parties.

Finally, Rita Lages mentions the incipient child migration as a new common point of the phenomenon in both regions: “Although most of the people who migrate are adults, in Latin America we are witnessing the phenomenon of the migration of minors, children and adolescents who travel alone, without a legal guardian. This is a reality that Europe also knows. In both cases, this type of migration raises the question: What protection for children do we have? What tools do countries that receive migrant children have to protect children? It is something to reflect and think about,” she concludes. 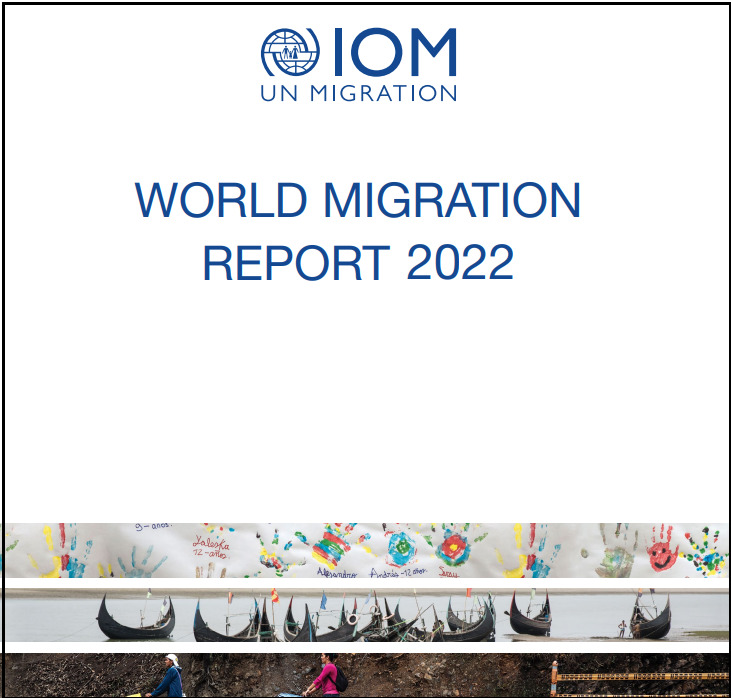 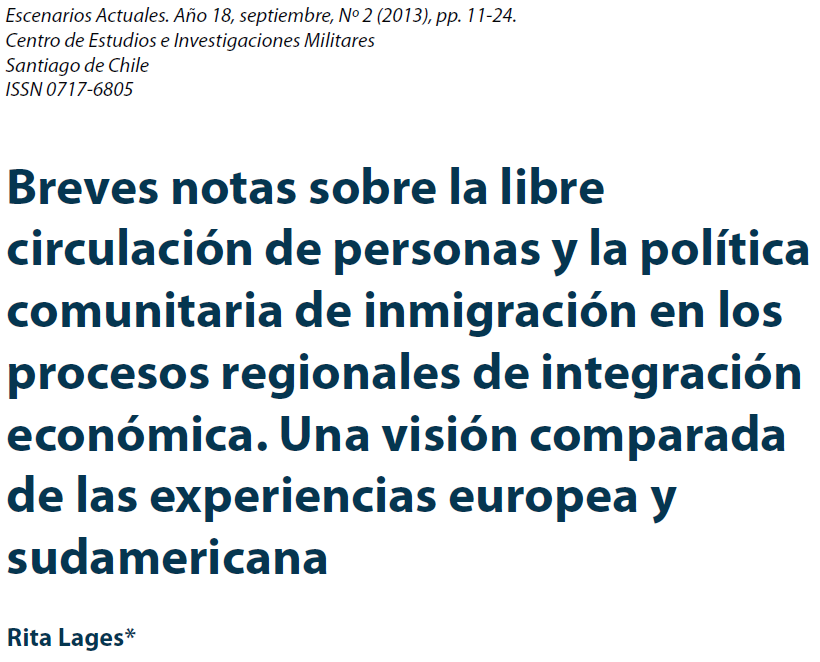 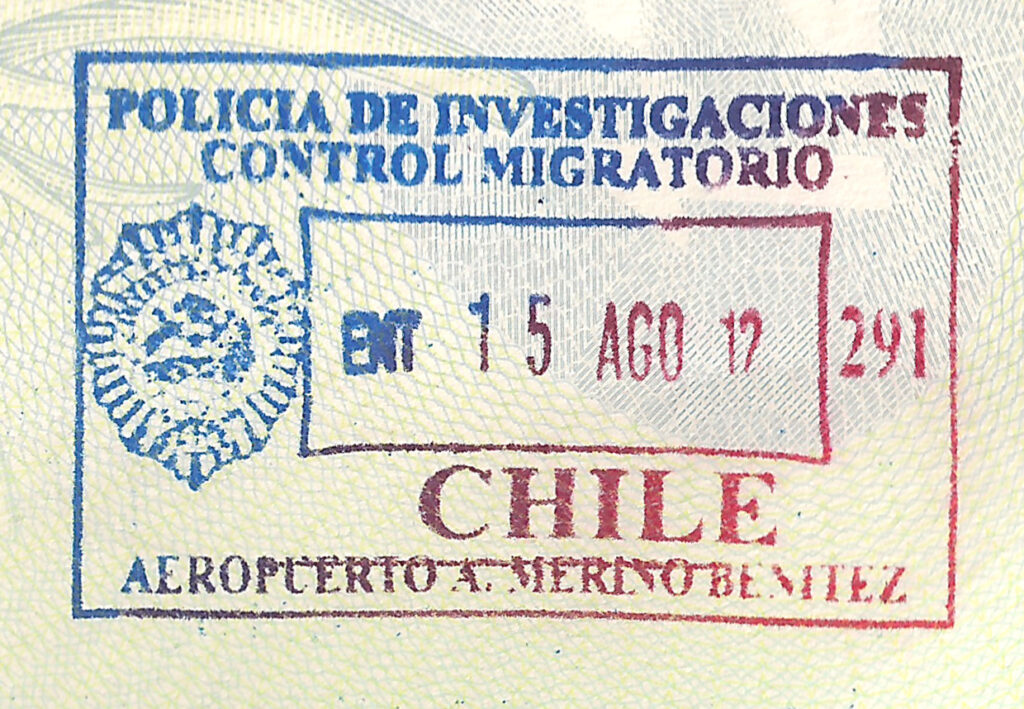