When studying how to improve conditions at garments’ factories in Myanmar, researchers from University of Southern Denmark (SDU) have had to deal with cultural differences and a political backlash.

“Dear David. You need to learn how to be more Myanmar. We never start working right away. Please sit down and have coffee with us”.

David Hansen, an associate professor at SDU Global Sustainable Production, a section at the University of Southern Denmark, had just arrived from Denmark. The task ahead of him was to help make operational improvements and better working conditions on the shop floor of local garment factories. The MYPOD project lasted for two years, just before the corona outbreak. It was started in December 2017.

”I had to sit on my hands. I just wanted to get going. I was only there for one or two weeks at a time, and we needed to get something done”, he explains. But David Hansen learned to appreciate the coffee breaks. A certain level of cultural habituation was necessary.

”After my first or second visit in the country, we had a round of giving feedback. I got this very important feedback on a small note: ’David, you have to be more Myanmar’. It was eye-opening for me. They told me that they liked me, I was a nice guy with a lot of knowledge, and they enjoyed talking to me and learning from me. But in Myanmar they would never just meet up and start talking about work. We have to sit together to get to know more about each other and become more like a family. We had to trust each other before it was possible to open up”.

”I have so many pictures of me sitting, dining and having lunch or coffee with the local team members. Today, I am very glad that we spent so much time sitting down and giving feedback to each other”, David Hansen explains. ”Slowly it turned out to be a really good investment. I had to learn to really listen, listen to issues that were not so clearly visible. Their written English level was much better than their oral skills, so I asked them to write down notes. That gave me much more respect for them. I just needed help to get through the cultural differences to know where they had their strengths. In that sense, I still have lots and lots to learn. No matter who we collaborated with, I learned that we have to be much more humble”.

The purpose of the MYPOD project was to lift supplier performance through improved productivity and improved occupational health and safety. The idea was to help management and workers and unions to collaborate to create a stable work environment. The ultimate goal was to contribute to capacity building in the factories, the unions and in the local university, Yangon Technology University (YTU), which was a partner in the project. The aim was to make YTU a ”knowledge hub” in Myanmar for creating better conditions at the many ready-made-garments’ factories in the country.

The participating academics from the SDU side came from the disciplines of Development Geography, Occupational Safety and Health, Operations and Supply Chain Management. Other partners from the Danish side were the ODA arm of the Danish foreign ministry, a major trade union and the large multinational corporation Bestseller. Earlier, the same partners have had similar projects in Bangladesh and other countries.

”We are doing action research on the shop floor, engaging a variety of stakeholders at the organizational levels to contribute to more decent jobs and more sustainable production”, says David Hansen. ”We work through cooperation between experts from both countries and teams at the factory floor”.

The starting point was, that the factories in Myanmar suffered from low productivity, quality problems as well as health and safety risks, and David Hansen and his colleagues quickly discovered that all these problems had similar causes: Poor housekeeping, inappropriately designed workstations, unsuitable layouts, heavy and time-consuming material handling, fatigued and unhealthy workers, low motivation and finally conflicts and low levels of trust between workers and management.

”Therefore, we advocate for an integrated intervention approach”, David Hansen explains. The basic idea is to create more productivity and more decency at the same time. If you don’t design the work station appropriately, the workers might get pain and quit the job, and you have to train a new person. Also, we measured 33-34 degrees Celsius in one of the factories. Reducing the temperature during the hot season gives less fatigue and better results, and measures to do that actually exist”.

”Remember, many of these people are not coming from a culture of working”, he continues. ”Their parents didn’t work for a salary. So they start working, then they get money, and when they feel they have a lot of money and there is a vacation or a weekend, they just go home and don’t show up for their job again. Maybe after two months, they need money again and they want to come back”.

Statistics indicate an average turnover every month of 20 percent. Every month, 20 percent of the workers have to learn from scratch how to do things. It hurts productivity and quality and makes it difficult to create a decent job. It underlines the importance of ”social dialogue, the role of the unions and how you can stabilize the workforce”, says David Hansen.

The most important goal of the whole project was defined as capacity building at the local level, but from the beginning ”we were surprised by the low level of capacity, the low level of human resources in the country”, David Hansen explains. ”Even in factories with 2000-3000 workers, there was no middle management level to focus on implementing the learnings of the project. There were no staff functions that could absorb some of the learnings. If you talk from an organization theory standpoint, they had a very immature organizational capacity. We quickly realized that this was one of the biggest potentials. We ought to enable new graduates from the universities with these skill sets. Therefore, we engaged with the local universities and tried to engage local NGO’s that already had some training curriculum”.

”We managed to develop more than a handful of fellows at the university. They started to deliver some training, and they were soon contacted by other factories. There is not enough capacity building yet, but there were indeed some sparks where we identified the huge potentials. The newly educated staff experienced that even though they were young, they could get their ideas across and contribute to a more participatory leadership style”.

However, it is a big question of how long these advances will last. After the military coup in February 2021, the infrastructure of the country is in a bad shape, and the universities are in a bad shape too.

”Previously, the military regime had been closing down and cutting up the universities to not allow students to be gathering. Some students have critical thinking and potentially the ability to organize revolts, so they are inhibited from organizing. It gives some really tough structural barriers. At the same time, all the capacity building we did at the trade unions is lost, because the trade unions are now banned. We are still able to collaborate with NGOs in the country, but as far as systemic change, it has become more difficult”, David Hansen says.

Until the coup stopped that, Myanmar was experiencing more and more investment in the country. Many people were moving from the rural areas to the factories to take on salaried work.

”The positive side is that we were at that time contributing to creation of a lot of new jobs and people were invited into an open economy. The working conditions were not perfect, but they were becoming more decent than before”, David Hansen insists.

”But how much is greenwashing, how much is good intentions – and how much is real change?”, he continues. ”Different stakeholders have different ideas and different priorities. Clearly, the people we were cooperating with at Bestseller, wanted to make a difference, but is the improved brand value for the company from cooperating in this project bigger than the improvements in working conditions that actually took place? That is a complex issue”.

”We found out that we had created much stronger ties with institutions that looked like each other – inside ”siloes” – than we had created lasting cooperation across these lines. The South university cooperated well with the North university. The south union learned a lot from the North union. The South NGO cooperated well with the North NGO. The South suppliers improved their bonds to the multinational company in the North. But that is input for learning. Based on that, we are now continuing with the next round of projects in several countries”.

David Hansen’s conclusion is that ”we did see measurable productivity gains but only a few health and safety improvements even though we identified many quick wins. Despite our first evaluation of this project of not really getting as high occupational health and safety results as we wished, we have heard that we have started a conversation between factory owners about new ways of working. We hosted the first seminar in the country about ergonomics, which sparked quite some interest. So maybe these ideas will spread. This is also the starting point for our new project, where we built on our knowledge from the first round to develop more easy intervention ideas that can be spread among the factories.” 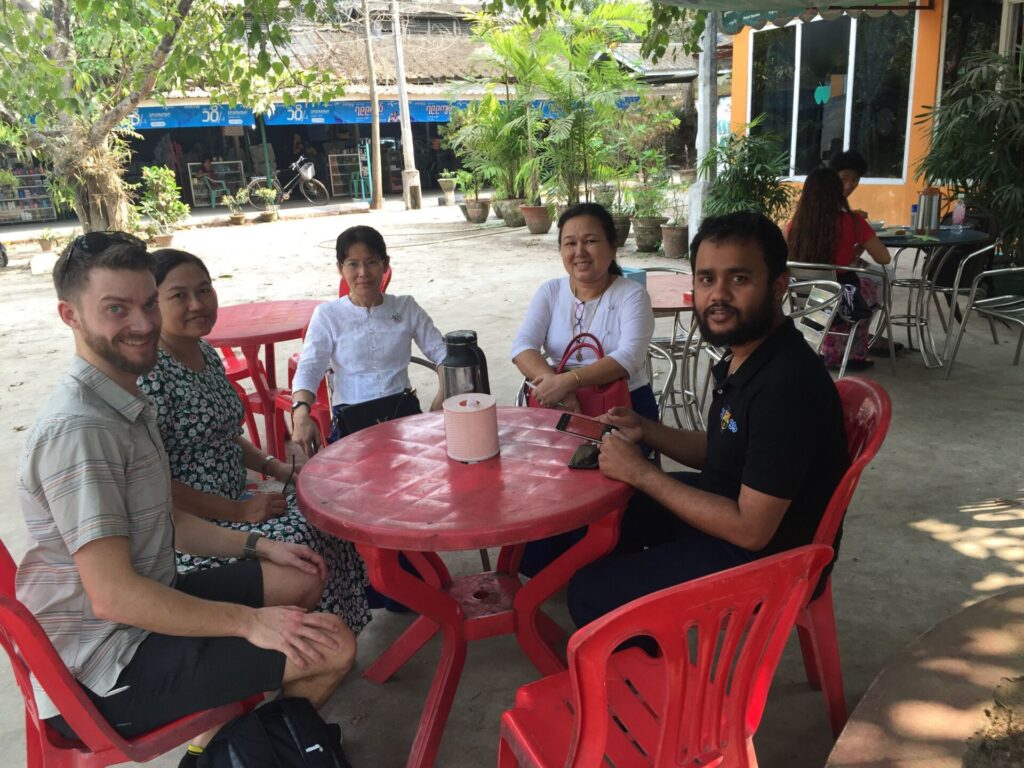 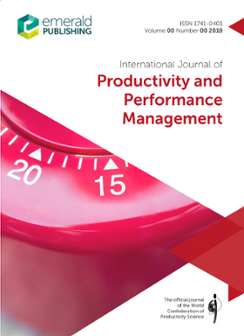 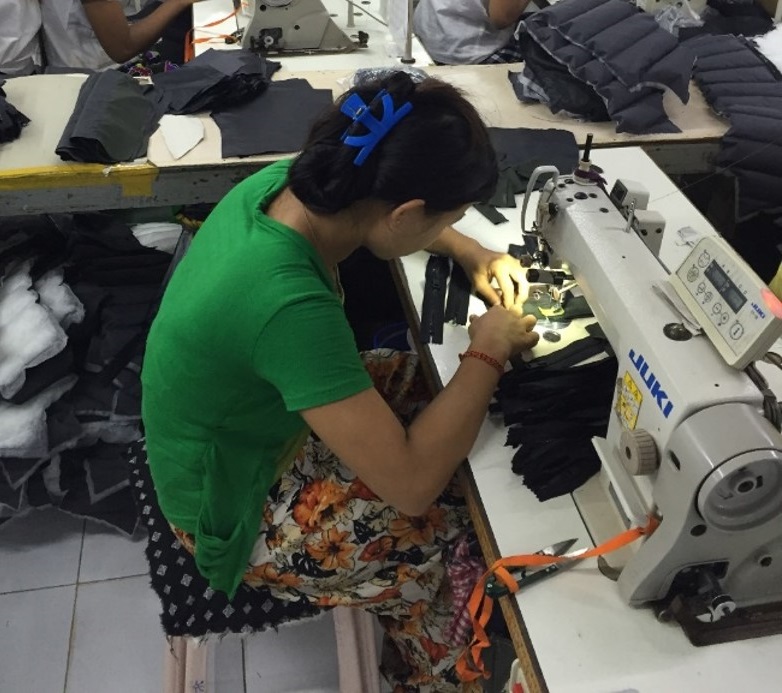