In November 2021, a three volumes history of Danish scientific expeditions was published. One of the authors is an Affiliate Professor at the Department of Cross-Cultural and Regional Studies, University of Copenhagen, Michael Harbsmeier. Originally an anthropologist, he has since for many years been engaged in studying the history of travelogues. What brought about this shift?

“In the early 1980s, I was deeply involved with Levi-Strauss, structuralist and post-structuralist anthropology. Then, I discovered that already during the 1500s, a German soldier, who served in the Portuguese and Spanish armies, had written an account of the Tupinambá cannibals on the East coast of Brazil, which very much resembles an ethnographic monograph. This triggered an interest in early modern German travelogues from the 16th to the 18th century and I wrote a dissertation about this theme. Later, I expanded the field to include all sorts of travel accounts, including those of Danish expeditions.”

What is your view on the current debate about the unequal relationship between the contracting researcher from the North and the facilitating researcher in the South practicing development studies in Global South countries, e.g., expressed by Professor Maria Eriksson-Baaz, Uppsala University, in an earlier DDRN interview?

“During the 80s and 90s, a crisis and a debate on representation within the discipline of anthropology surfaced, as anthropologists had difficulties getting research permits. The ‘natives’ talked back, and many anthropologists started to look for something else to do. Rather, than being the object of field studies, indigenous people were able to speak for themselves and rejected outside interference. However, when adopting a longer, historical view on Danish expeditions, the unequal relations between those who travel overseas and those from whom they collect items, about whom they write, and with whom they interact, become much more interesting and complicated.”

“It was the natives who had the power in the beginning. The poor soldier in the 1500s was completely at the mercy of the cannibals, who imprisoned him. Early on, European travelers had to accept the kind of conditions and hospitality which was offered to them.

As colonialism and imperialism expanded during the 19th century, the white man was able to take control. However, Danish expeditions often went to British and French colonies and as such, they came under foreign domination themselves. Thus, a quite complex network of relations emerged between different sorts of white men dependent upon each other, and natives who sometimes had the power to decide upon the activities of an expedition. The picture of the white man arriving to study the “primitive” people within still more unequal power relations becomes difficult to maintain.

In post-colonial times following the Second World War, natives gained the upper hand, and it became difficult for anthropologists to do fieldwork. To some extent, it was a return to the original state of affairs. That is the classic tale that guided the division into three volumes of a much more complex history of Danish scientific expeditions.

Another classical tale says that in the beginning there were expeditions bringing home whatever one could get hold of in terms of information and artifacts; and fieldwork traveling and staying there without bringing anything home, and writing an ethnographic monograph leaving out any report on the expedition and travel. What was left, was the culture – that particular village – no mentioning about how one got there and back because the interesting part was simply the alien culture.”

A well-known example of the culture contradicting its representation by an outside ethnographer is the bookseller Shah Muhammad Rais, who replied to Åsne Seierstad book ‘The Bookseller of Kabul’ with his own book, ‘Once Upon a Time There Was a Bookseller in Kabul’. Are there other examples?

“During the 70s, 80s and 90s, there are several examples of ethnographers who have written more than one book. First, a classical ethnographic monography, and then one more often portraying the key informant describing the difficult circumstances of the participant observation. In many cases, this would concern the non-correspondence between the views and approaches of the informants and the analytical framework adopted by the professional anthropologist.”

“There are many different attempts to come to terms with classical anthropology. However, to let other voices take center stage involves great difficulty, and to achieve a proper result, there will be an anthropologist directing the orchestra of native voices, anyway”.

Is one able to justify new expeditions today?

“Today, expeditions are sort of an anachronism. You can get hold of a lot of information without traveling to a particular site. In that sense, expeditions are more like a song from the past. However, by that, they have a certain charm, because you may use them to communicate – like in our three-volume piece – the history of science, of mentality, and culture. As such, the expeditions have a future as part of our collective memory. The third Galathea expedition 2006-2007 had problems with the public paying enough attention, as it by itself involved elements of travesty and the accompanying journalists were unwilling to adopt the kind of sobriety and depth expected by the researchers.”

“While expeditions are about traveling to bring something home, Danes more recently have traveled to bring something out there. The activities of the missionaries are just one example, humanitarian aid and development assistance apparently work in the same direction.

Earlier on, when the tourist industry had yet to develop, authors of popular books on traveling to other continents were quite successful in providing knowledge to a Danish audience?

“Yes, there was a time when having been there was enough to claim authority on knowing all about that place. And there would not be many in a position to fact-check the somewhat imaginative tales by some of these authors. And Danish missionaries have played a major role in providing knowledge about other parts of the world until not so recently. Today, Instagram and all sorts of other social media make it possible for travelers to write their own stories as they happen while still out there, and via Google you can get any information in advance, so somehow nobody needs to travel anymore.

But people do travel. What is a sensible way to travel, e.g., as a young person who is seeking an educational experience combining some elements of field stay and an empathetic encounter with the local culture?

A lot of experiments are being made. The elephant in the room is tourism. You may use the history of expeditions to travel in the footsteps of the forefathers, which many do, but it is never the real thing. In fact, a genuine tourist is somebody who does not want to be a tourist, chasing undiscovered places which disappear at the same pace.

In preparing the book, have you had contact with local researchers at the destinations of Danish expeditions?

“We have tried, but it has been difficult. The interest on the other side has been minimal. However, for my own chapter on the linguist Rasmus Rask, who studied Sanskrit in India, I got in touch with Indian researchers who could identify the bookstores and dealers, from whom he obtained important manuscripts. As Rasmus Rask is an internationally renowned linguist, there is an interest among Indian researchers.”

In the earlier DDRN interview with Professor Maria Eriksson-Baaz, Uppsala University, Sweden, she proposed to limit classical development studies to a critical focus on the vast development industry, and then in turn work hard to globalize all other disciplines.

“I think that is a fine description of what is actually happening. What bothers me a bit, is a signaling that from now on it all should be like that. I think I have learnt that it has always been more complicated and that there always have been multiple voices on part of the locals, the students, and the West. In practice, we are doing it already. And it is not necessarily a guarantee for success. Following that line of thought in full, it may turn some issues into taboos, which otherwise are worthwhile to pursue.”

Which are your plans for future research?

“I have for a long time been dreaming of writing a book about how, during mainly the 19th century, Japanese, Chinese, Indian, Persian, Ottoman, Arab, African and Greenlandic travelers have discovered and familiarized themselves with Europe. We still can learn a lot more about what Danish and other European travelers and expeditions can teach us about the rest of the world, but I think it could be even more interesting to find out what visitors from other parts of the world can tell us about ourselves.” 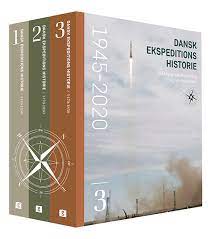 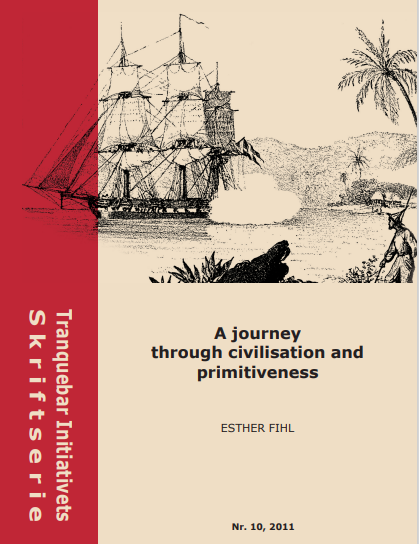