Associate Professor Julia Suárez-Krabbe, Department of Communication and Arts at Roskilde University was born and raised in Colombia during the mid-70s to mid-1980s. Her mother is Danish, and her father is Colombian. In Colombia, negotiation for peace and search for social justice had been ongoing for such a long time. “The question about how it can be so difficult was really what brought me into my area of research”, explains Julia Suárez-Krabbe. As an adult, she returned to Colombia where she completed her education and worked with a feminist movement, which uncovered violations of human rights of women imprisoned during war. “We made a report, which documented the responsibility of the government, including the military and the prison system. The report was presented as part of a larger investigation to the Red Cross and other organisations. However, they could not pursue the issues, because then the government would not allow Red Cross to remain in the country. I realized the crude fact that some peoples’ human rights are simply suspended”.  Julia Suárez-Krabbe turned towards doing research on human rights and worked with Kankuamo, Arhuaco, Kogi and Wiwa indigenous authorities in Colombia to discuss such problems. In this collaborative work it was clear that rights are often suspended due to the development idea and development projects. As demonstrated in her book Race, Rights and Rebels. Alternatives to Human Rights and Development from the Global South (2016), human rights and development go hand in hand.

“I studied folklore at the University of Copenhagen, until it was closed down. Then, I moved to anthropology. However, a major part of my MA thesis was completed in Colombia during an academic exchange. It became very transdisciplinary, and now I am teaching at Roskilde University. When I started, we had many students, who combined studies on Cultural Encounters with International Development Studies. Some years ago, the option of combining different study programs was closed. Now, the dialogue with colleagues at Global and International Development Studies is sporadic. We have become divided according to department”.

Q: In an earlier DDRN interview with Maria Eriksson-Baaz, professor at Uppsala University, she called for decolonisation of development studies, focusing on unequal partnerships in field research. What is your perspective?

“The debate on decolonisation has been going on in the Global South for quite some time. Every continent has its discussion; I originate from a critical Latin American perspective, which kicked off the somewhat fashionable use of the concept of decolonisation. It is about breaking some structural barriers. How do we express what is possible and desirable in each society? It is also knowledge about the kind of world one could build considering historical relations of power,” Julia Suárez-Krabbe responds and adds:

“One of the biggest stumbling blocks is that many colleagues in the Global North do not engage in depth with this discussion. However, more and more people from Global South are entering the universities and sometimes achieve taking up faculty positions, from where they can articulate an agenda of decolonisation. It is not a question of reformulating a system from within, because the problem is that the premises on which the system is built are part of the problem. It is impossible to repair a system, which is based upon exploitation of historically vulnerable groups of people, nature, and resources.”

Julia Suárez-Krabbe points to the growing global inequalities, e.g., demonstrated in the Covid pandemic: “This system is unsustainable and falling apart. Partnership with the Global South must start by learning more about the discussions among South intellectuals historically and today, not through our own framework of understanding, we have to take seriously the framework within which people theorize, analyse and act.”

Q: In the DDRN interview, Maria Erikssson-Baaz, professor at Uppsala University, also talked about the phenomenon of othering, even within scientific disciplines with a quite long experience in doing research on problems in the Global South. She mentions Global Health as an example of continued practice of ‘othering’. What is your understanding of this?

“I think Maria refers to a particular dynamic that can be exemplified when looking at the perspectives of indigenous peoples. Then, all sorts of inherited ideas about the noble wild, their closeness to nature, and their attire short of a mobile phone come into play. You interpret what they say through a filter formed by what you think you already know about them.

Othering involves a process of exclusion; you separate and discriminate the other. However, Julia adds, I and other decolonial thinkers stress that being an Other involves the possibility of recognition because from that position you may accost the powerful and succeed in achieving inclusion. In the Western political system white women were, and to some extent continue being the Other. But they were able to emancipate themselves and enter to define policies and laws. For a Muslim person it looks very different. They cannot enter the parliament without leaving their Muslim being aside. This means that they cannot enter as themselves, hence have no chance of participating in the formulation of the laws and policies that also apply to them, and that here in Denmark increasingly work against them. This is why we speak of not-even-otherness.

In development aid projects, many want from the very beginning to define everything jointly with the target group, but the institutional framework makes it very hard. A few years back, I was approached by a student who criticized the ways that the theme and plan of a Global South program was determined from a Northern point of view. Often, it is students who raise such criticism and want to rethink a particular program.

On their part, thinkers in the Global South, like Ngugi Wa Thiong’o, have also long theorized the ‘colonialization of the mind’ as a process, whereby historically oppressed groups internalize colonialism, that is, ideas imposed through colonial education, processes of evangelization, and later the developmental endeavour of what is desirable, what is good, and which language is better, for instance.”

Global South in the North, Global North in the South

Q: The terminology to indicate the great divides has changed over time. How do you perceive the most recent one?

“Global North and Global South should not be considered as geographical terms. What is important is to put inequalities in power and control of institutions into words. The Global North also exists in Colombia, e.g., as expatriates and elites who are connected to and contribute to reproduce the unequal global system. Thus, countries usually attached to the notion of the Global South do in fact contain both the North, and many ‘Souths’. And there is a large Global South in the North, e.g., non-white immigrants, refugees, indigenous people, and Greenland.

The North and the South, as I use them here refer to different positions in the historically constituted unequal power relations between people. The Global South is also found in the knowledges and practices that were destroyed, subalternised and/or largely forgotten inside the Northern and Southern geographical territories. The conceptualization is not perfect; however, it is better than the one about development. The important thing is to articulate the unequal power relations and control of institutions.

We need to work on the ways of thinking. In our times, Islamophobia is very normalized and difficult to talk about, while it has become somewhat easier, at least in some circles, to address anti-black racism due to the Black Lives Matter movement.

When I have travelled to Colombia with people from Denmark and it rained so that the streets became flooded, their reaction sounded like ‘oh, they also don’t know how to do construction, why is it done so poorly!’ This is an example of an arrogant position that is often expressed among Westernized people. It is arrogant because it does not bother to think deeper. What are the systemic reasons that make this be of a lesser ‘quality’? Beyond that, as the indigenous authorities with whom I work say: you cannot expect other than flooding if you consistently deny the water its right to move freely. Now we can see that maybe our infrastructure is not good at all, our ways of living have created the problems of climate change. Now it pours down in Denmark as well due to climate change, and then it is also flooded.”

“I think it has to do with the degree of reflection. When it comes to the view on certain population groups, you may know everything about discrimination, stereotypes, and racism, however in practise something else is happening. We Westernized people have also internalized colonialism, as in the example I mentioned before. When I point it out, people may perceive it as an attack – oh, it is me being evil. Some of my White Danish students ask: ‘What to do then, are we the evil ones?’

The point is that we cannot change anything if we do not recognize our role in reproducing the problems we are trying to address. In the educational system, a lot is being taught, which need to be un-learnt to open up more options for who you can be, and also for what the world can be like.

One of my students wrote in her thesis ‘we have forgotten that we have not always had the thinking about ourselves as the developed living in a welfare society and knowing everything’. We live in a society with many different groups, we need to have a dialogue and build something to last. And we need to think about ourselves as different, each with particular inherited ways of thinking.

Many of us come from different places and have different backgrounds. We think of nationalities as clean and complete categories. Am I then a mix, Colombian-Danish? I am both, why should I be cut in halves? Many of us transgress categories such as race, ethnicity and nationality. While the Danish government is strengthening such race-and-purity thinking through its policies, we are increasingly also seeing people, artists, academics, activists, that take reality seriously and are articulating other ways and possibilities.” 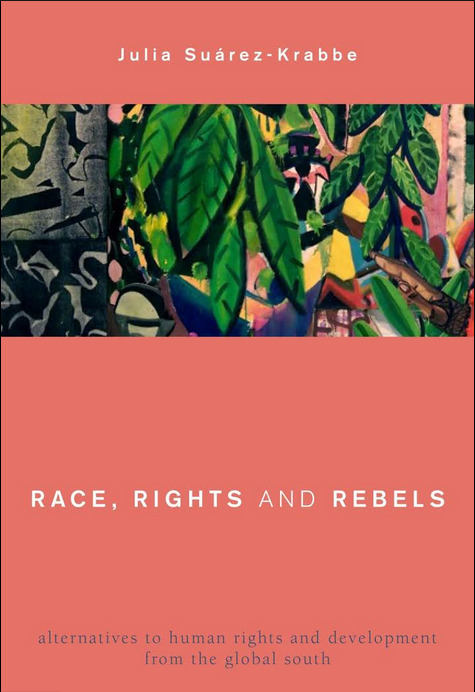 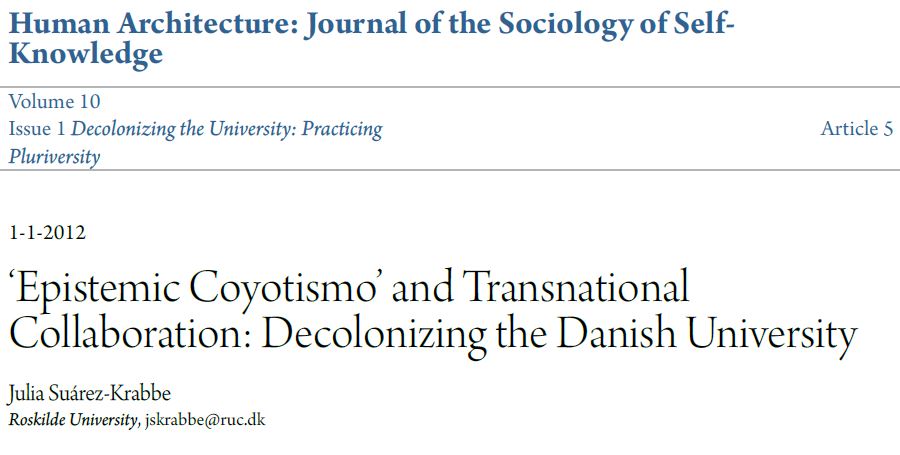 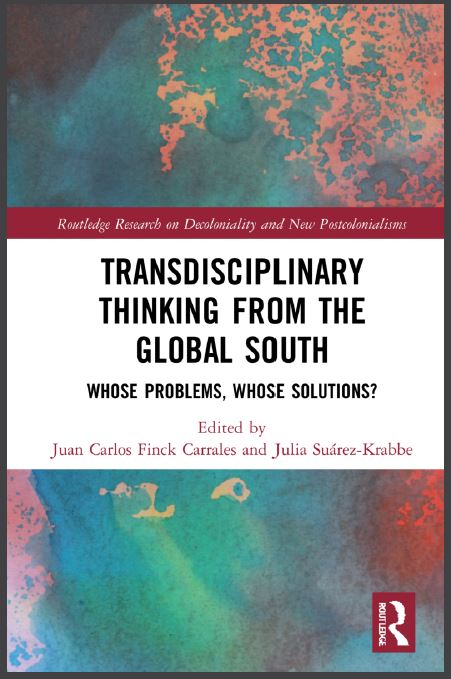