In Adjumani town, in the West Nile sub region of northern Uganda, a relatively big structure sits enclosed in Paridi stadium, just a few metres behind the southern goalposts. At its entrance is an inscription in bold letters: “Refugee and Host population Empowerment (ReHope)”.

In the middle of the building is a hall suitable for cultural events such as music, dance and drama. On the left side is a restaurant and kitchen area. On the right and at the back are washrooms and a number of office rooms.

“This is ideal. We just need four of these rooms,” says Assoc. Prof. Charles Nelson Okumu of the Faculty of Education and Humanities, Gulu University.  His colleagues, Assoc. Prof. Lioba Lenhart, formerly of Gulu University’s Institute of Peace and Strategic Studies (IPSS), and Prof. Susan Reynolds Whyte of the Department of Anthropology, University of Copenhagen, nod in agreement.

The facility and two smaller ones – of washrooms and changing rooms – were constructed in Paridi Stadium with funding from Japan for sports, social and economic interactions for refugee and host community youth, according to the United Nations High Commissioner for Refugees (UNHCR). It was officially handed over to the Adjumani District local government in April 2019. Its dusty floor and empty rooms, however, clearly show that the place is not in use.

The professors want to establish what they call a “Forced Displacement Documentation Centre” in Adjumni district where people can learn about Madi culture, the hospitality of the Madi people, and the history of migrations especially between Uganda and Southern Sudan. A meeting between the professors and the leadership of the district on April 6 proposed the Paridi structure as one of the options to be considered to house such a centre.

Adjumani is close to Uganda’s borders with volatile states the Democratic Republic of Congo (DRC) and the Republic of South Sudan. It is traditionally inhabited by the Ugandan Madi people. At the moment, however, more than half of the district’s population comprises refugees mostly from South Sudan. There were 245,071 refugees by the end of March 2022. The host population, in comparison, was 237,400, although this data, from the same source, is of January 2021.

Uganda’s refugee policy allows refugees to move freely, have access to plots of land, access to education and health services, and they can even establish businesses or seek employment. The professors’ project is in two phases: Research on forced displacement in Adjumani District, which is now complete, and Establishment of a Forced Displacement Documentation Centre in Adjumani town. The centre will be some kind of museum with books, photos as well as audio and audio-visual clips of stories of forced displacement and the hospitality of host communities.

“The purpose of the project is to recognize and appreciate Uganda’s alternative approach to dealing with refugee flows, which is grounded in the local communities’ receptiveness and their perception of refugees not as burdens but as chances for fostering development. This is accomplished through participatory studies among the Madi hosts and refugee communities in Adjumani District and the establishment of a documentation centre in Adjumani town with space for exhibitions and archives,” the researchers say in their project documentation.

There are 19 refugee settlements in Adjumani and all of them are on lands donated by the local people, led by clan heads and chiefs. Some settlements are reported to have more than 50 tribes. The most dominant of the tribes include the Dinka, the Nuer and the Madi of South Sudan. Some of these tribes, for example the Dinka and the Nuer, have a history of hostility between themselves stemming from competition for grazing land and water for their animals. Back in South Sudan, ethnic tensions fuel fighting from the local to the national level thus creating an endless flow of refugees into Uganda. Ironically, when they reach Uganda, they have to live together in much more confined spaces in refugee settlements.

“When they first arrive here they are difficult to handle. A Nuer and a Dinka’s urine cannot mix. A Murle and a Madi don’t want to collect water from the same water point. Even lining for food, a Nuer does not want to line behind a Dinka and a Dinka does not want to line behind a Nuer. But we show them our way of life. We tell them how we expect them to live on our land,” Says Paulino Vusso, Chairman, Adjumani District Elders’ Forum (ADEFO). Vusso is a Madi of Uganda who was also once a refugee in South Sudan (then Sudan). Following the overthrow of President Idi Amin in 1979 almost the entire population of the Ugandan Madi had to flee Uganda for fear of attacks by anti-Amin forces and other tribes as Amin was believed to hail from the West Nile region. Vusso is a member of the research team led by the three professors. When the documentation center is established, ADEFO will be a leader in its management.

In June 2013, Vusso was part of a party that welcomed refugees and negotiated with clans to partition some land for them to settle on as a civil conflict in South Sudan resulted in massive departures to Uganda in the following months and years. ADEFO would later support efforts to ensure that different tribes could live together peacefully in the same refugee settlement.

In addition to local initiatives, the elders’ forum, with support from international organisations, including the Danish Refugee Council (DRC), organised joint meetings, cultural galas, joint prayers and football matches among approaches to defuse the cultural tensions between the different tribes of refugees.

“We formed peace committees in all the settlements, brought together their cultural leaders and involved our chiefs. We told them ‘we gave you this land to settle on for free. Don’t spill blood on this land. Don’t misbehave on this land.’ And with the cultural galas we had no winner or loser. We just wanted them to do things together and this really worked in defusing the tensions between them,” Vusso says. “I am very happy now when I see children dance together – a Dinka performs the dance of a Madi, a Madi performs the dance of a Dinka!”

Adapting to a new lifestyle

William Awiyo Angelo Ibrahim Elia is a Madi from South Sudan. He was working in the Public Service and Labour Office in Torit city but left in 2016 amidst violence. His settlement, Agojo, is predominantly Madi and to their advantage, they share cultural similarities with their hosts, the Madi of Uganda. But in the settlement are other tribes including the Acholi, Lalubo, Kakwa and Toposa. Elia says they are now coping well together. There are even intermarriages occurring in and outside the settlements.

“Here we have become one family but back home the situation is different. As I speak now there are tribal fights back there. The Dinka raided and stole cattle from the Murle and hid it in our (Madi) land. The Murle followed up and recaptured their cattle. Now the Dinka are blaming the Madi and there is fighting there,” Elia says.

Simon Mayik (58) left Sudan in 2014. He is the chief of the Nuer in Alere refugee settlement, Block B1. The block has Dinka, Nuer, Madi and Kuku living together. Mayik is expecting two grandchildren to join him soon after his son joined rebel ranks in South Sudan while their mother disappeared mysteriously. This means he will now look after six children who are not biologically his.

Mayik observes that among the Nuer, it is mainly the women and children who move to Uganda because, unlike the Dinka, who are close to Uganda’s border and can easily move back and forth, the Nuer are further away. Most of the men have to stay back to protect their territory and belongings. Mayik does not think he will return home any time soon.

“We have to adapt to the situation here. Before the war we were OK but now you can’t think about going home,” he says. “In Alere our objective is to raise together the children of South Sudan so that they will bring change when they go back home. We don’t want them to be divided like the case is at home in South Sudan.

“We gather together our young people, our youth, and we tell them they have the opportunity to get educated together here in Uganda. We don’t want any more to divide ourselves along tribal lines. There are situations when everyone practices their own culture but the most important culture we are talking about now is unity,” Mayik says.

Mayik adds that in the schools their children are attending there are no major conflicts. “They are staying there peacefully because they identify themselves as Southern Sudanese. They have even forgotten the conflicts of their parents. Even when they are playing football they are mixed up. Schools and Sports have become major uniting factors for us.”

Vusso observes that even some traditional practices, such as scarification, that are used for identity among certain South Sudan tribes are fading away within the settlements.

“The Dinka, the Nuer, the Anyuak, for example, are all tall. The distinct facial scars would help them identify their own during tribal fights. The children born here don’t have those scars. The practice is disappearing. I think this is because they are now exposed to a different kind of lifestyle here in Uganda, which is in a way part of an advanced world. Here they are assured of protection and safety,” Vusso says.

The UNHCR says that with 2.3m refugees, South Sudan’s refugee crisis remains the largest in Africa. There is also another 2m people who are internally displaced for a country whose total population is just over 11m people. The Adjumani Forced Displacement Documentation Centre will be a centre for learning. Stories of Uganda’s hospitality and changing attitudes among South Sudanese of different tribes, as they focus on unity, should inspire change for a more peaceful South Sudan. The million-dollar question is: At what rate are the attitudes changing to bear any significance? 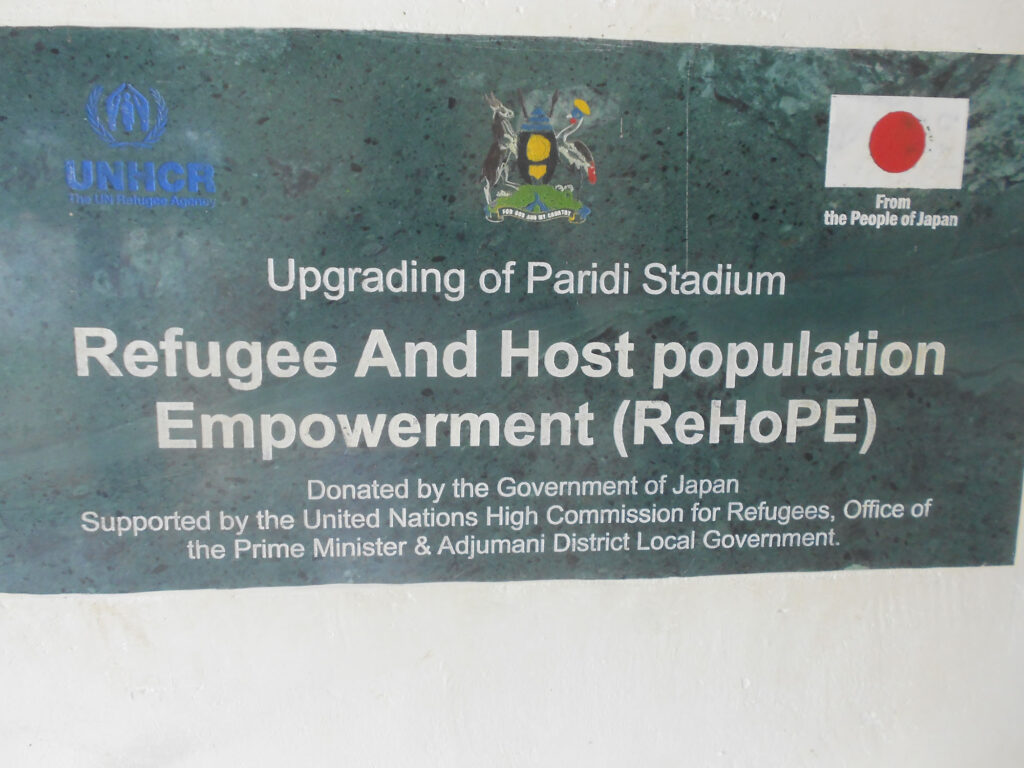 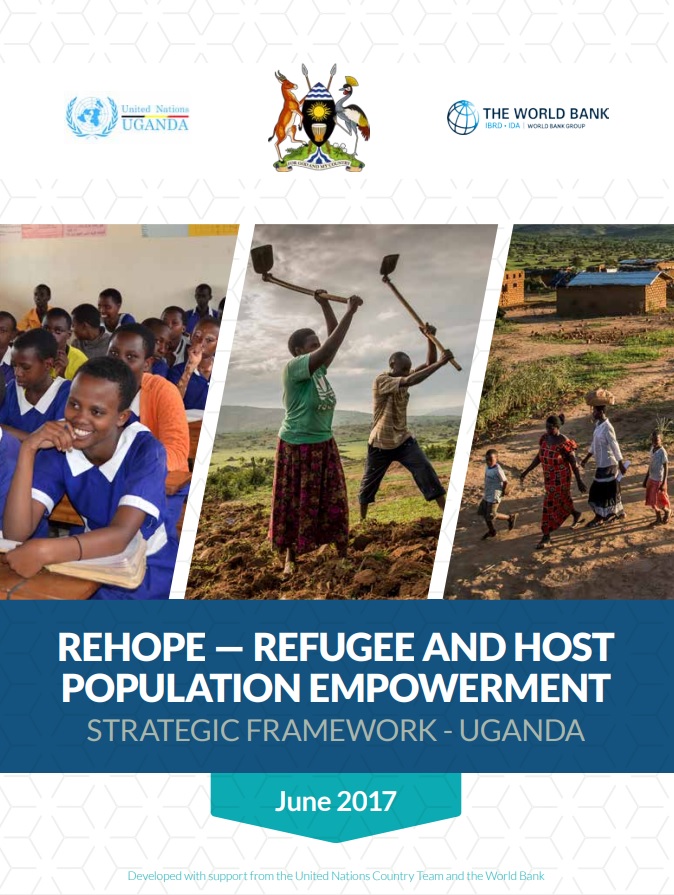