According to data provided by the UN, by 2025 half of the world’s population will live in areas of water scarcity, making it essential to develop mechanisms and technology to deal with it. In Chile, researchers and experts not only advocate technical or scientific solutions but also political and social solutions.

Chile contains different climates and geographical settings. On the one hand, there is the radical aridity of the north of the country due the Atacama desert. On the other hand the central zone of the country is configured through valleys, mountains and rivers where the largest number of the Chilean population lives. Finally, the south of Chile has a more indomitable nature where there is native forest, volcanoes, rivers and it often rains.

According to a study carried out by Fundación Chile, the country has more than 1,200 rivers, 15,000 lakes and water from rainfall that exceeds eight times the world average. However, for a decade Chile has been going through a mega-drought. Mega-drought is the name of the phenomenon that mainly affects the central zone of the country since 2010, and that involves a rainfall deficit with an average of between 20 and 40 percent of annual rainfall, compared to the historical record.

The problem of water scarcity is not only local but global. In 2010 the UN recognized access to water and sanitation as an essential human right. However, recognizing this right presents a challenge since climate change generates a growing difficulty in supplying water in its different uses. According to data provided by the UN, 40% of the world’s population experiences water scarcity and 2.1 billion people lack access to safe drinking water. By 2025, half of the world’s population will live in areas of water scarcity, and the mechanisms to deal with it are essential.

A beautiful valley without water

150 kilometers north of Santiago, the capital of Chile, there is a small town called “Valle Hermoso”. The name of this town suggests that a beautiful green accompanies a valley with rivers, mountains and a lush forest. For decades, thousands of Chileans have visited “Valle Hermoso” on weekends to buy vests hand-woven by the women of the town. This was a traditional walk for families where you could enjoy the fresh air of the valleys and do some shopping.

However, in 2022, this trip does not seem very appealing because “Valle Hermoso” is not green, nor does it have a river. The shops where the artisans sell their fabrics are empty. When you reach the area, visitors are greeted by hills covered in yellow and black earth. The “Ligua” river is dry. In the empty and dusty streets of Valle Hermoso you can see different cistern trucks that deliver drinking water to houses.

The news coming from Valle Hermoso related to water scarcity is devastating. Most of the population must buy drinking water from private companies. Even the children have had to suspend their normal life as students, unable to attend classes due to lack of water.

“Years ago, everything was green here. In September, -the spring lowered the river with plenty of water. Even with my friends we built boats and held competitions and races to see who could reach the mouth of the river first,” says Francisco Arenas, Manager of the Valle Hermoso Water Cooperative.

“Now as you can see, there is nothing,” adds an artisan from Valle Hermoso who did not want to give her name for this report. She is sweeping her house at 11:00 AM in the late summer where sun and dust meets.

From a scientific perspective, the water crisis that Chile is suffering from is part of a global environmental crisis that has two causes: The first cause is the climate emergency. The second cause is anthropogenic, this means that it is caused by human activity.

Different scientifics reports have established that the increase in gas emissions causes the high pressures of the Pacific Ocean to prevent frontal systems from reaching the Central Zone of Chile. This situation results in a rainfall deficit. What was once a nice green valley in winter is now a dry yellow and gray valley.

“We have had many years with rainfall below normal,” explains Rodrigo Fuster, an academic from the Universidad de Chile. And he adds: “There is a growing demand for water that is transformed into extraction from rivers or aquifers, which is above the amount of water that the system has.”

In the 1990s, Valle Hermoso used to be a small town whose agricultural activity was supported by small farmers, however now there are large agricultural companies that produce avocados for export that consume millions of liters of drinking water, leaving little water available for human consumption.

“This means that in our country, the water crisis has a lot to do with how water is managed,” explains María Christina Fragkou, an academic at the University of Chile.

Copper mining has been one of the main economic activities in Chile during the last 50 years. Its role is such that it contributes 10% to the Chilean GDP and represents more than 55% of all Chilean exports abroad.

However, this economic activity occupies between 3% and 4% of the national total of available water resources. Scientists and researchers from Chile, aware of the scenario of water scarcity, have been focused on developing technology that allows the operations of the mining industry in the future.

Researchers from the Department of Mines of the Faculty of Physical and Mathematical Sciences of the University of Chile, gathered under the group “Water, Environment and Sustainability” are leading scientific projects with the aim of developing technological solutions for the treatment of waters and promote seawater desalination technology as a strategy to address the water scarcity that the mining industry will face in the future.

According to Andreína Garcia, the leading researcher from this group, they are doing research in 3 areas: First one is to optimize the desalination process to use seawater and prevent mining from continuing to stress freshwater sources such as rivers. The second has to do with extracting water from mining tailings that can be reused in mining operations again. Finally, the third area of research is the treatment of natural groundwater that may contain toxic waste.

This research is in its final phase. The group has conducted an arsenic removal project from surface water sources called “SolarSenic”. The system, aimed at rural communities located in San Pedro de Atacama in northern Chile, stands out for its low cost and zero dependence on the electricity grid.

It should be noted that this technology uses photoactive nanomaterial that reacts in the presence of sunlight and that manages to remove up to 98% of the arsenic present in the water, achieving drinking water standards. With the permits and authorizations of the local government, the Solarsenic pilot plant should be operating  in late December 2022.

María Christina Fragkou, maintains that in Chile, in order to think of solutions to water scarcity, it is very important to think not only of “technological” solutions, but also of solutions that include a political and social view of these resources, since water scarcity – she states-  in the territories has  to do with management and distribution for different actors in society (mining companies, agricultural companies and people) than with the limited availability of water.

“We have cases like Valle Hermoso where water scarcity is a problem of social inequality. It is the people who suffer from water scarcity and not the large agricultural companies” she indicates.

And she adds: “What is the point of looking for new sources of water? At this time, in Chile the water sources that already exist are not taken care of and a lot of effort is made to look for new waters more than to take care of the ones that already exist. In the case of Valle Hermoso, instead of questioning the model, it is decided, for example, to support desalination plant technologies that create a new market for the consumption of drinking water”.

Rodrigo Fuster adds: “In Italy, France, Germany, where they also have problems with water resources, they have had to adjust their systems in order to make production activities sustainable. Basically, water management has to be done in a different way”.

“Not only in Chile but in the world we have to migrate to a sustainable model of water management. We have to make profound and radical changes.”

“These profound and radical changes have to do with a development model in which water, rather than flowing towards money, flows towards the benefit of people”, concludes Fragkou. 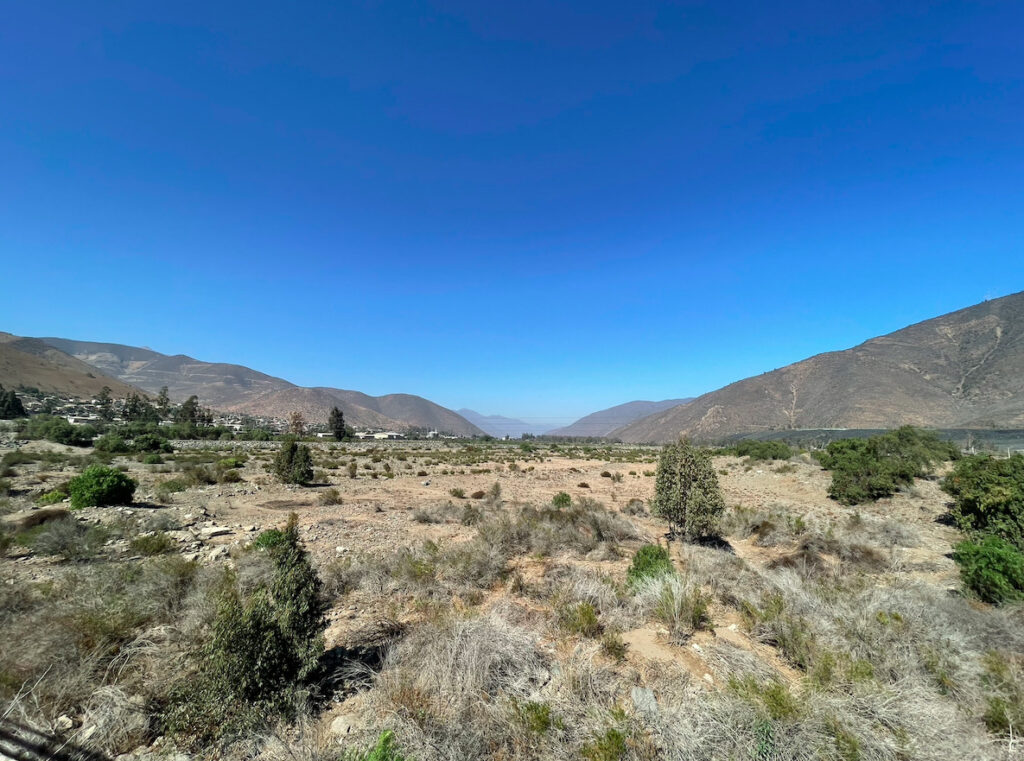 Desalination and the disarticulation of water resources: Stabilising the neoliberal model in Chile. 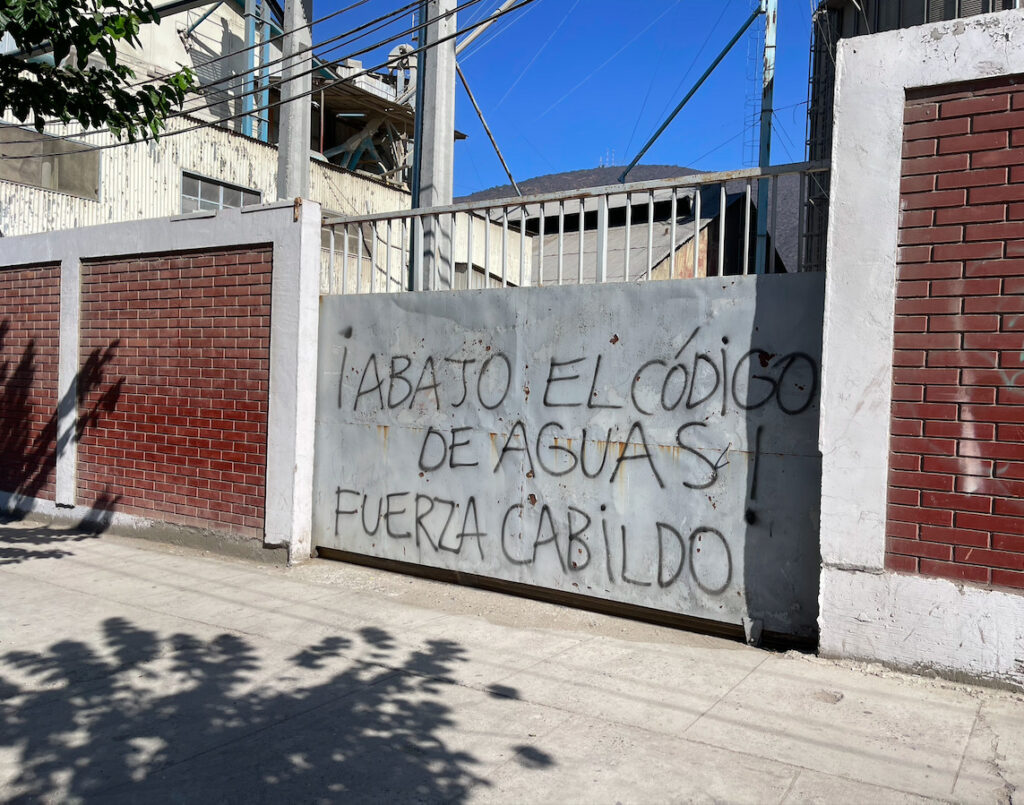