“Women and girls are half of humanity. Giving equal time and weight to their stories is an important part of creating a better, freer world for all of us.”– Phumzile Mlambo-Ngcuka, UN Under-Secretary-General and Executive Director.

Gender stereotyping in the media is still very present. The media gender gap is widely open and misses the women’s perspective. Women continue to be denied their right to be heard or to take up leadership. The study of Missing Perspectives of Women in News (MPWN) published by the International Women’s Media Foundation in 2020 found that men are the vast majority of quoted experts and sources in news coverage. Between 2005 and 2015, women were fewer than one in five experts in global news. Top positions in the newsroom remain largely reserved for the men only, which makes almost all of the decision-making process absent of female voices. The study examined four following indicators: women as sources and as figures in news stories, diversity in the workplace, newsroom leadership and coverage of gender equality issues in six couriers: India, Kenya, Nigeria, South Africa, Britain and the U.S. and analysed more than 2,000 articles, 12,000 publications and more than 56 million stories including news content and academic articles. Workplace diversity, for instance, failed heavily in all of those countries.

Today, according to the study, men are quoted in online news five times more often than women in Nigeria, and six times more in India. The researchers found that women have the best coverage in lifestyle stories and least in articles linked to policymaking or current affairs. Women also tend to cover topics like education, environment, and issues of poverty and development. But quite fewer women investigative reporting on the economy or politics. MPWN study also found that in each of those six countries except for India, gender representation in political news coverage is lagging behind women’s actual position in political life especially in Kenya, the U.S., South Africa, and the UK.

Another research  The Global Gender Monitoring Project (GGMP) in 2020 found that only 24% of expert voices in the news are women. GGMP study, released the percentage of experts commenting on foreign policy, global affairs, national security, war, development, human rights, global trade and commerce, bilateral and multilateral issues in The New York Times, Washington Post, Wall Street Journal, and the Los Angeles Times, across three one-year periods: 1996, 2006, and 2016. This study reveals that women remain shockingly underrepresented in these themes in the news coverage.

The media can play a crucial role by addressing and recognizing gender stereotypes. However, they often portray women only as victims or simply as homemakers. What the GGMP study says is that even in stories that affected women such as gender-based violence, the man’s voice still prevailed. Women in news are most likely cited in a position of “ordinary people”. But not as experts or figures of authority.

Traditionally, areas such as banking, cyber, defence, economics, engineering, entrepreneurship, finance, investing, national security, nuclear war, science and technology are staying male-dominated. The lack of involvement of women in media and the imbalance of using women’s perspectives in news is linked with a higher percentage of men in positions of power and authority, lack of women’s leadership across industries and still heavily persistent gender and cultural bias.

Media worldwide and the participation of women

The Gender Equality in the News Media Index (GEM Index or GEM-I) calculates the average gender equality gap based on six indicators: people in the news (subjects and sources), participation as reporters, voice as experts and as spokespersons, and presence in economic and political news. Transnational media perform poorly concerning the inclusion of women as subjects and sources. Women were only 13% of subjects and sources in the television newscast monitored and 21% in the digital news stories and tweets from Al Jazeera, BBC News -World, CNN International, France 24, Reuters, RT News, TeleSur and The New York Times. While some women’s involvement has improved over time, women’s invisibility remains still very low in influential international media. If all conditions remain the same, it will take at least a further 67 years according to the GMMP research to close the average gender equality gap in traditional news media.

From a historical point of view, there has been some progress in women’s engagement, especially in European news media and North American media. However, we can see a different picture in Africa’s media when they largely failed to address the presence of women’s voices over time. Asia and the Middle East is largely lacking women’s perspectives, especially in print and broadcast news. The only region and topic where gender parity in subjects and sources has been attained are in North American digital social legal news.

Teams in 81% of the participating countries of the GMMP study collected data on indicators of interest in the national context to understand news media treatment of subjects and sources based on their other identities such as race, religion, class/caste, immigration and disability status. The finding shows that women are underrepresented across all the identity groups. In Latin America only 3% of the people in the news are from Indigenous or tribal groups and of these only one in five is a woman. Although indigenous peoples are estimated to be at least 8% of the region’s population, and women at least one half of the indigenous population.

Call for change: why is the women’s voice essential ?

Excluding women from the media has various consequences. First of all, women are being devalued and not recognized for their work, practice and expertise in public. Secondly, prioritising men means that the transparency of information in the media is missing and that most of the world media are labelled as being biassed and not fully objective if they need to prioritise their sources as experts.

Women can bring unique and insightful expertise which is rarely reflected in global news. Hearing and seeing more women’s voices in the news in the role of experts, leaders or authorities is crucial for breaking down and pushing against gender stereotyping.

Twenty years ago, 189 UN Member States recognized the central role of media in shifting the gender stereotypes that influence how we think and act. They made women and media one of 12 critical areas of the Beijing Platform for Action. It was agreed that the number of women in the media must increase, including in decision-making. There has been some progress since the Beijing Conference but we still have a long way to go.

By repressing women’s perspectives journalism tends to perpetuate the existing biases in societies that universalize men’s perspectives. There is an urge for change in journalistic values. There is a call to action for journalists to not let women’s voices remain marginalised and to produce news that empowers girls and women to believe that their voice is valued. The failure to represent the diversity of people and opinion in society influences public discourse and decision-making and also plays a big role in a name of trust in news journalism. Full gender equality is insufficient without the improvement of journalism from a gender perspective.

Anna Pokorná is a MSc student in Development Studies at Lund University, Sweden 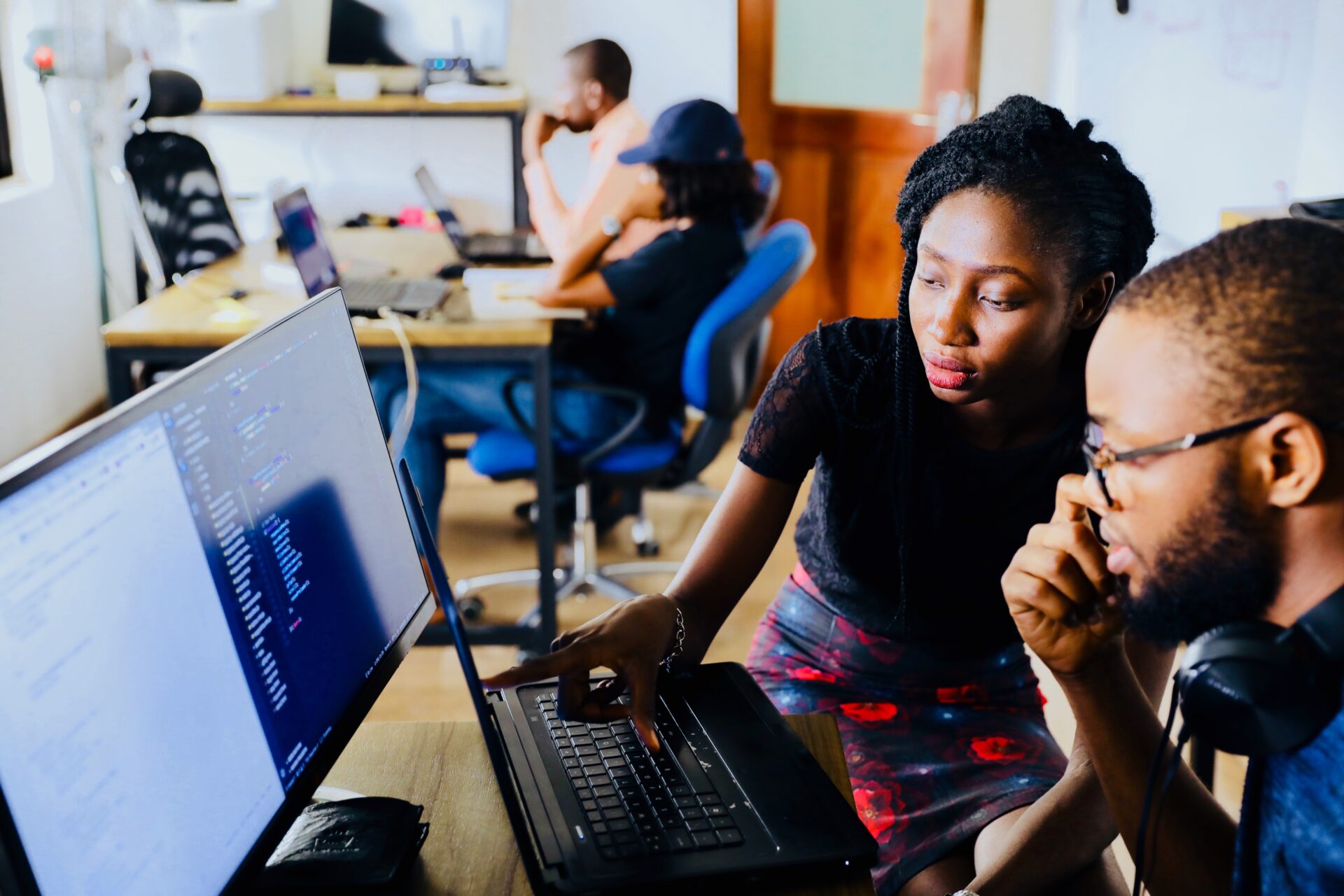 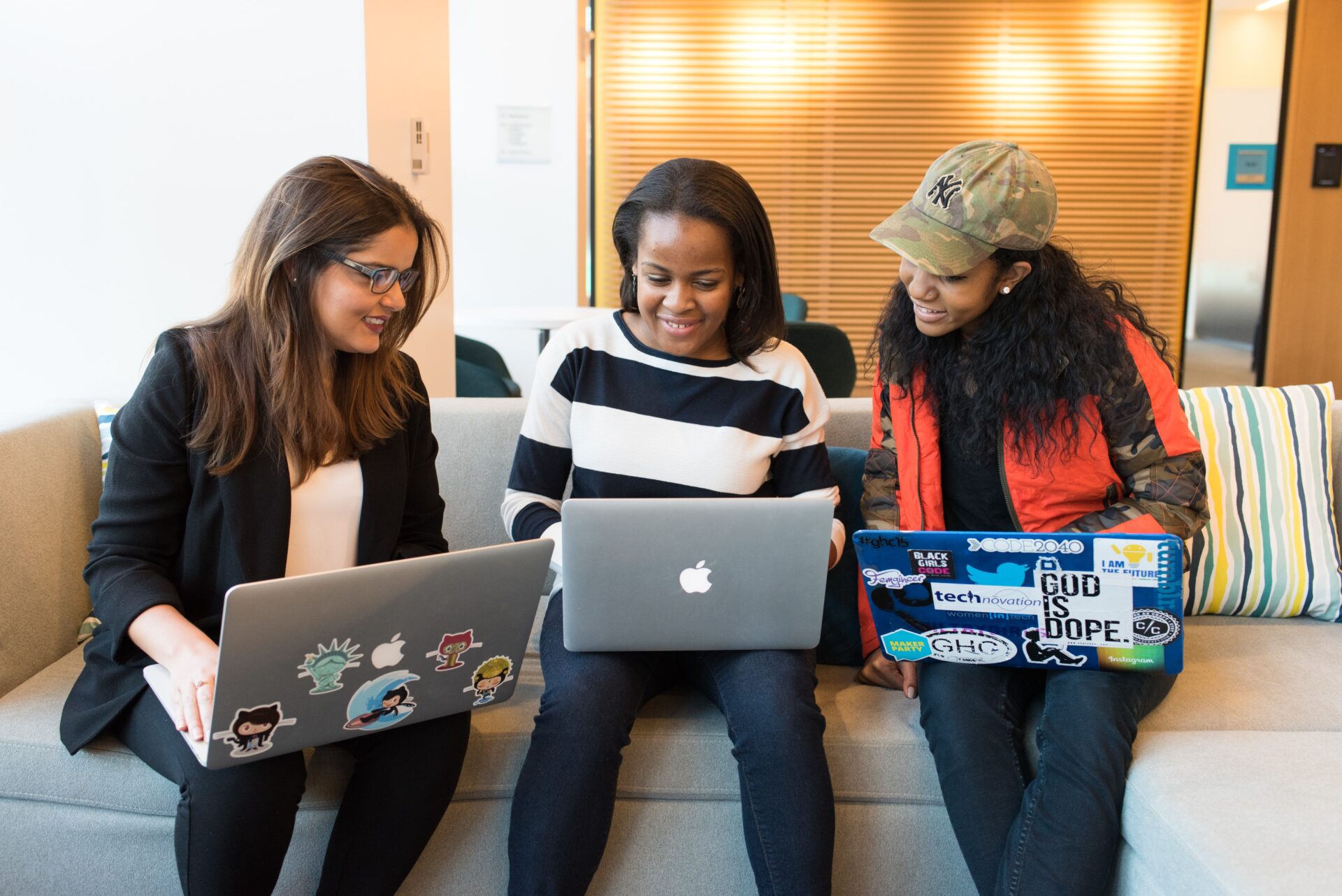 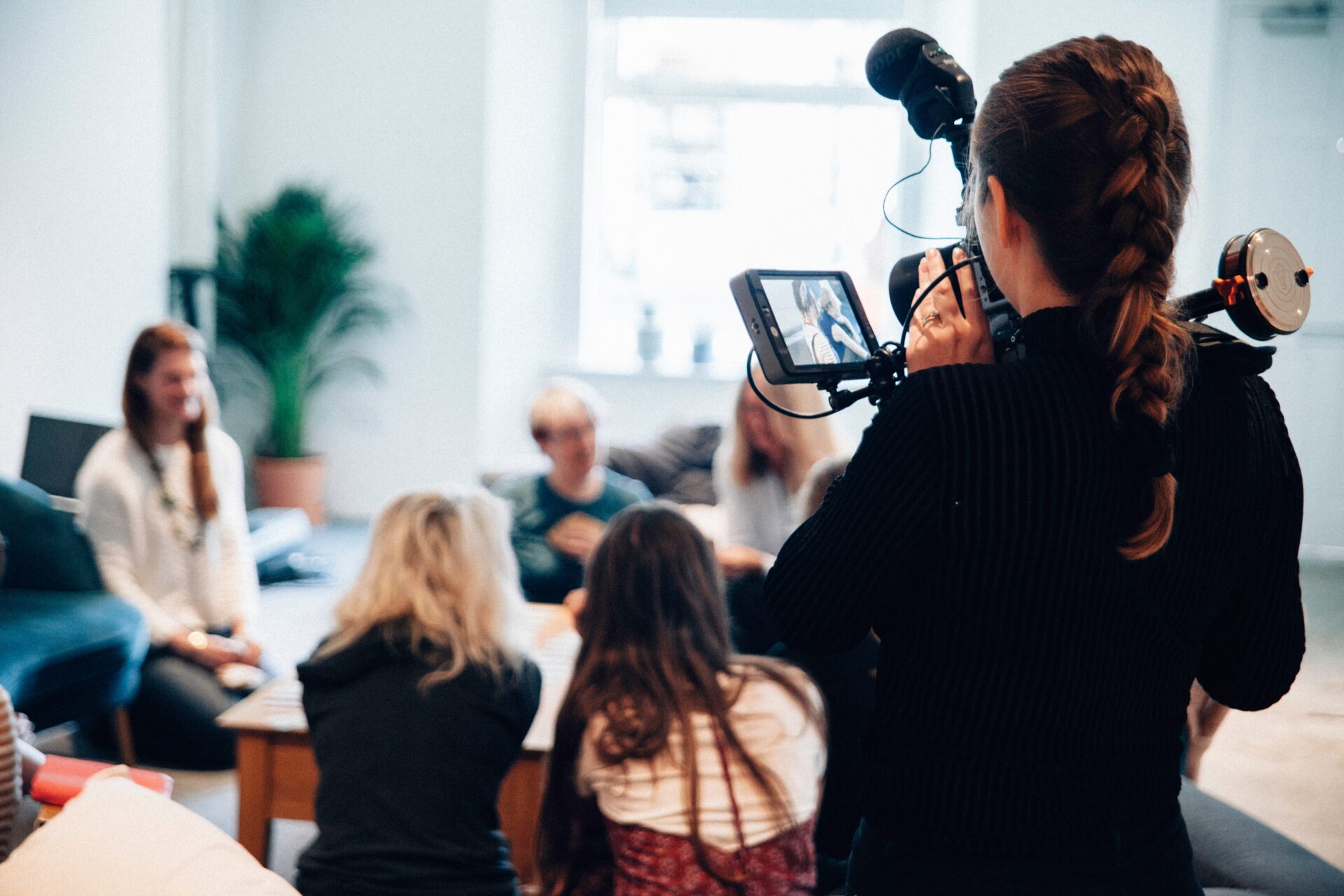 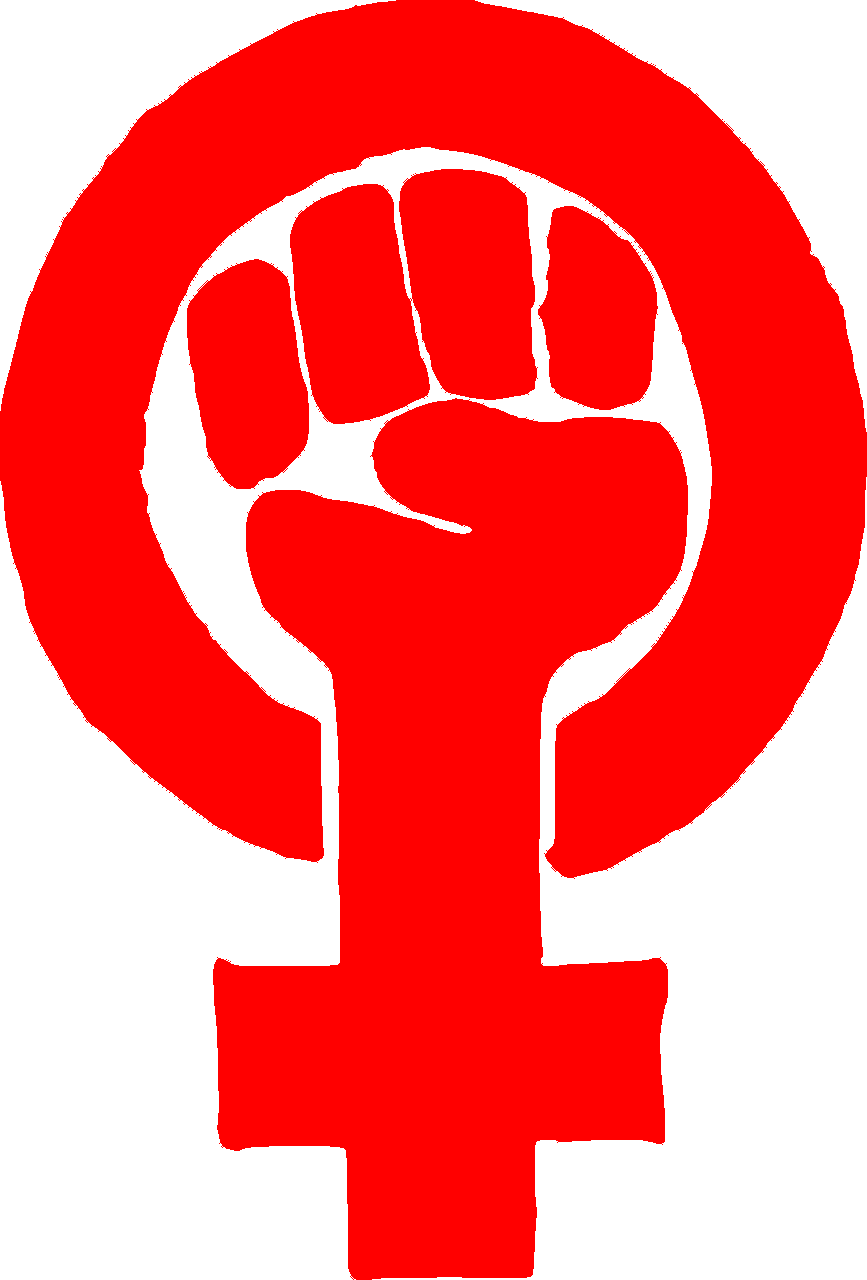