Covid-19 is the single biggest challenge which has confronted the planet since the second world war and its effect has been nothing short of devastating. Millions upon millions have lost their lives, Livelihoods have been shattered as the global economy has ground to a halt as a result of severe lockdown measures made by governments across the world to stem the spread of the virus.

Much like the last global crises, the financial crash of 2007-8, the fallout has exposed the gross inequalities which exist within society. The least well-off people and places have been the hit the hardest by the economic and social effects Covid-19 has created. Even though the strict lockdown measures have succeeded in suppressing the spread of the disease those living in poverty have received the brunt of its force. Indeed, even as the health crises wanes its impact on poverty will endure over the short and medium term.

The pandemic has unsurprisingly hit many developing countries hard and poses an existential threat to the realisation of the SDGS. The World Bank has estimated that last year alone (2020) 40 to 60 million people were pushed into extreme poverty due to the pandemic. At the same time, domestic revenues in many developing countries are projected to fall by US$1 trillion from pre-Covid levels, and the recovery is predicted to take considerable time. Covid-19 has greatly increased the need for foreign aid as development indicators have rapidly worsened and primary sources of development finance, such as investment and remittances have dried up. According to OECD reports financing to developing nations in 2020 dropped by 45% in comparison to the prior year. One study in particular estimates that in order to enable the sub-Saharan African region to recover, official development assistance will need to double which represents a sum of an extra US$40–50 billion in the coming years.  However, in parallel with an increased need for development assistance in many countries within the Global South governments in the Global North have run unprecedented budget deficits in order to soften the economic and social fallout of the virus domestically.

Many predict that Covid-19’s effect upon Global North economies will lead to a subsequent drying up of aid flowing to developing countries. These predictions are not without precedent. A recently published research article from Kobyashi et al (2021) named ‘public support for development aid during the Covid-19 pandemic’ (full study linked in the sidebar) state the concern that donors may cut development aid is well-founded. If past crises are, e.g. financial crises of 2007-8, anything to go by then provisions of aid are expected to decline in the short to medium term leaving many developing nations with weaker capacities to pursue policies on Covid-19. health, education etc. Kobayashi et al state that domestic politics within the donor countries- specifically the donor countries voting public- are a major source of change in aid policy. Within their study they found that voters worry about the financial aspect of Covid-19 on their own country reduces the level of support for foreign aid. The dire situation that many developing nations are dealing with as a result of Covid-19 was found to make little change to the attitudes of the voting public in donor countries according to their study. Such attitudes explain to an extent the high degrees of “vaccine nationalism” which have been present. Within the US, UK and the EU there has emerged a trend of ‘locking up’ the bulk of supplies and prioritising the vaccination of entire populations before releasing surpluses to protect even the most at risk populations in the Global South. Under the current climate it is estimated that most Africans won’t be vaccinated for another two or even three years.

This self-interested approach has manifested itself in various ways in relation to development aid. The most immediately visible change to foreign aid after the pandemic struck is the perhaps unsurprising focus upon health aid with the rationale being that containing the virus in the Global South would prevent a second wave coming about in the Global North. A report published by Development Initiatives (DI) titled ‘How is aid changing in the Covid-19 pandemic?’ states bilateral donors, state to state aid, have increasingly funneled resources to the health sector. Indeed, their findings show that bilateral donor commitments to health increased by 73% (US $3.3 billion) in 2020 compared to the same period in 2019, this has been primarily driven by the US. On the surface this may not appear a particularly problematic development however it does raise some concerns. With increases to health sector development aid to well above 50% it is likely that other important areas of development will be neglected. According to DI there is already evidence of this. In comparison to the previous year 2020 has seen lower commitments to all other sectors with notable declines in economic sectors, conflict, peace and security. Moreover, funds already earmarked for other health related areas are moved towards COVID-19 which subsequently hinders activities targeted at maternal and child health and also HIV/AIDs prevention and treatment. An increased focus upon health is not inherently problematic however it does present an issue when it is not matched by an increase in overall aid budgets and this regard there is evidence that some Global North countries are reneging on previous commitments. This is aptly illustrated by the recent actions of the UK government.

The UK is the first major economy to take such action and in their 2020 spending review they stated that the budget for development aid would be reduced from 0.7 to 0.5% of gross national income (GNI) British Prime Minister Boris Johnson blamed ‘current strained circumstances’ inflicted by COVID-19 as the rationale for the decision and stated also that ‘the people of this the country (UK) will think we’ve got our priorities right”. This action by the UK will have significant consequences for the most vulnerable. A report by the Centre for Global Development (CDG) outlines the impact of the UK’s proposed cuts. The governments proposed 2021 aid is likely to be around £10bn (down from £15bn in 2019). As the table below shows (based upon data taken from DFID results over the 2015-20 period) the impact of the 0.2% will have profound consequences. As a result, the CDG projects 4.5 million fewer children will be supported to obtain a decent education, 3.6 Million will have restricted access to clean water and 5.3 million less children will be vaccinated against preventable diseases. These are but a few sectors which will be detrimentally affected. If other states are to follow the UK’s action this could lead to a substantial ‘development crises’ and severely jeopardise the realisation of the SDGs.

As the traditional donors from many of Global North states are pulling back from their roles as primary development assisters Covid-19 has emphasised pre-existing trends. A slow and insufficient response to the pandemic by many traditional donors has created an opening for emerging nations from the Global South, especially the BRICs nations, to play a bigger role in the international development assistance framework. The pandemic highlighted that aid does not just flow from the Global North to the Global South. Indeed, one of the main assisters to the developing nations struggling with outbreak has been the Peoples Republic of China (PRC). By the end of March 2020, after the pandemic had been brought under control in Wuhan, the PRC had provided 120 countries and 4 international organisations with surgical masks, N95 respirators, protective suits, nucleic acid test kits, ventilators, and other assistance, including loans. Two months later in May 2020 they announced a $2 Billion dollar aid package to developing countries to be distributed in 2020-2021 and the establishment of a cooperation mechanism of Chinese hospitals with 30 African hospitals, a debt relief programme, and promised to make any vaccine developed by China a global public good. The PRC has not been the only one in the Global South stepping in to alleviate the effects of the pandemic. In May 2020 the UAE sent 5 tonnes of medical supplies to Peru and Cuba sent medical assistance to both Global North and South countries challenging further the traditional notions of development assistance. The growing presence of the PRC and increasing self-reliance of Global south countries is not a new phenomenon. For the past decade the Global North dominance within international development has shrunk as a result of the 2008 financial fallout and the subsequent populist pressure to focus government resources upon domestic issues.

What the future hold for development aid post-Covid 19 obviously remains unknown but the actions of Global North nations, namely the UK, shows that there are dangers traditional donors will take a step back. Evidence shows that new and emerging powers from the Global South will continue upon the same track and increasingly rely upon co-operation from other countries in the Global South to further diminish the dominance of the Global North. However, as the pandemic continues to grip the world the post-Covid order in terms of development aid remains to be seen. 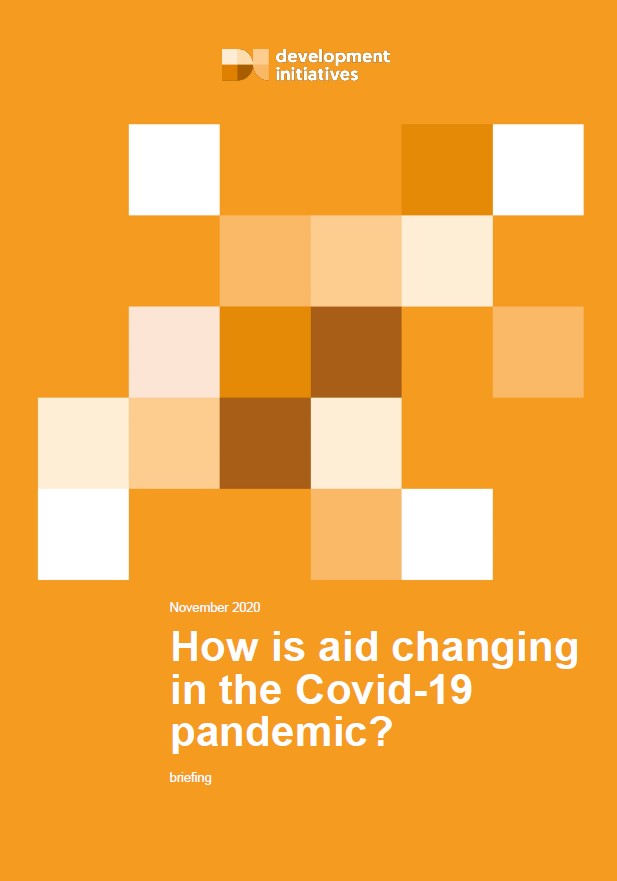