Helene Maria Kyed is a researcher from the Danish Institute for International Studies. She specializes in studying which part non-state actors play in terms of justice and security. Along with her team of scholars from both Myanmar and Denmark, she finished the research project ‘Everyday Justice in Myanmar’ (EverJust) and published a book detailing their findings in 2020. We talked to her about her process, and especially about what we can gain academically from working with a diverse group of researchers.

When you began this research project, why did you choose Myanmar and their internal borders as your topic?

At the time, development aid to Mozambique, where I had worked before, got cut off. I wanted to try out a research project that involved coordinating a larger group, so I talked to some people and was told that it’s pretty healthy to try to include a different country but maintain the same overall topic you’ve researched over the years. Academically, Myanmar was particularly interesting to me as I’ve spent much time examining the broader context in countries without a centralized state or authority, where there are years of conflict and division. How do you solve local conflicts, how does the justice system work, how do people understand security and justice, and what sort of norms and institutions play a part in all this? Myanmar is amazingly complex with the sheer number of ethnic groupings and the beginning democratization process at the time. I wanted to examine how the momentum of those political changes affected local conflict resolution and what sort of authorities come into play.

There were also a personal aspect to it. My sister-in-law lived in Myanmar at the time, and I had also done a smaller project there with an associate professor at Aarhus University who ended up being part of EverJust. And then, of course, in 2014 a Danish embassy opened in Myanmar and it became possible to get funding, so that was part of it as well.

You partnered with Aarhus University, but also the anthropology department of the Yangon University and a research NGO called the Enlightened Myanmar Research Foundation for EverJust. How do you even begin capacity building as part of a project like yours?

To begin with, I don’t like the word ‘capacity building’. When we talked about it with our partners, I quickly turned it into how we were all going to learn from each other. We brought some skills from Denmark, and they of course had a lot of knowledge of and experience with Myanmar, and we had to put it all together to get the best results.

We got to know each other through professional contacts. Michael Gravers from Aarhus University had researched Myanmar for several years, but been unable to actually get in, so he knew some people and it was through them that we found our partners. I expatriated for two years, moved my entire family to Myanmar. As an anthropologist, I couldn’t imagine how to get a project of this size the work out in an entirely new country with completely new people without being physically present.

Because Myanmar had been closed off to the rest of the world for such a long time, there wasn’t really a history of research cooperation. So, it took us almost nine months to get an official partnership in place with Yangon University, which we needed to do our field work with the employees there. It was tough, but because everyone involved was so enthusiastic and invested in our project, we still spent that time discussing our project and doing workshops on critical research and methodology, and academic reading groups. They had very limited experience with ethnographic fieldwork, so to be honest it was good we had the extra time to do that kind of preparatory work. They were more used to a more – consultancy type of research, doing surveys or a couple of interviews.

That completely different approach to research, do you think that’s because they’ve had a shorter scientific tradition than we do, or because of political pressure?

It’s the latter. We arrived in Myanmar in 2015 after the election where Aung San Suu Kyi won, but before then foreigners weren’t even allowed to be on the Yangon University campus. Once, me and Michael Gravers had to do a presentation there, and we had to do it on a Saturday so we could sneak in in a roundabout way, because they weren’t completely sure of how the president of the university would react. Usually, professors were chosen among people loyal to the military. In practice it was a little different – two of the people we worked with were very anti-military, though not openly so.

Part of our project was also improving the library collection of the anthropology department there. Their newest books were from the 1930s, so there was nothing of the newer, more critical research available to them.

What should you be particularly attentive to, if the point is specifically to avoid coming in from the sidelines and lecture people?

You have to keep emphasizing what we can learn from each other. I was often asked to be a sort of mentor or teacher and had to fight that a little bit and consistently remind them that I learned a lot from them, too. And of course, I didn’t know the language, which is a great advantage of theirs. You have to keep finding places where you can support each other.

It was a core principle for me that they had to publish their own papers as part of the project. I didn’t want to be the sole author with them just gathering data for me. In that case, I really was a mentor, because many of them had never published internationally or in English before. When it came to fieldwork, we developed our line of questioning together and spent a long time discussing what you could and couldn’t say, and how to say it in Burmese.

Today, seven years after the project began, we’re still close friends. We’re about to start a new project with the same team about how climate change is used in the political discourse in Myanmar.

And the reason you can start a new project now, even though no one can travel anywhere, is possible because you lived out there for two years and have established this relationship with your partners out there.

Yes, we couldn’t do this with brand new people. With any kind of larger project, a lot of the time you spend is just building these relations and a foundation of trust. You can’t just waltz in as the project coordinator and say: ‘Here are some tasks, go gather some data, and then you need to have a paper ready by April 17th’. It just doesn’t work that way! You need a drive and wish to see people of the Global South get a more prominent place on the international stage and affect the policies of their own countries.

What is the greatest advantage of engaging with local experts? What did it mean for your research project?

Even within the members of my team, there were multiple layers of insiders and outsiders because of the diverse ethnic groups that live in Myanmar. We had a Bamar researcher who worked with Mon people, and a Mon who worked with the Karen and Danu groups. It was really interesting to see the diversity of viewpoints we gained from this. 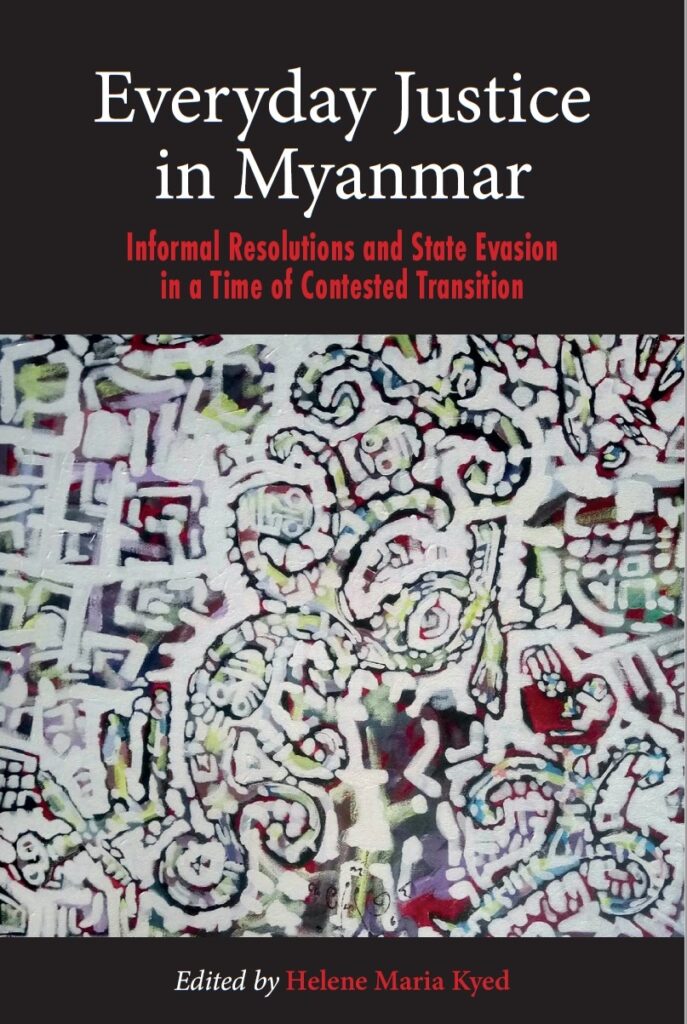