Walk into a local market in Uganda and you will be struck with a range of fresh fruits; mangoes, tomatoes, melons, pineapples, name it. They are arranged invitingly on the ground or on a stand to tickle your thirst and appetite. The seller is usually a woman.

The picture above introduces us to Uganda’s large informal business sector which is mainly populated by women. A number of them are single mothers who work tirelessly to feed as well as give their children an education. Many people in this sector start and maintain their businesses through recyclable loans from liberalised microfinance institutions (MFIs) which also include NGOs as well as Savings and Credit Cooperative Societies (SACCOS). Loan amounts can be as small as UGX 20,000 (DDK 35.5) and interest rate as high as 10 percent per month.

Dr. Nicolas Gregory Okello in January 2018 received his PhD in Finance from Gulu University for studying the interaction between households in northern Uganda and the MFIs which give them loans. His PhD thesis is titled: Microfinance Performance and Household Livelihoods in Acholi Sub-Region, Uganda: Panel Data Analysis.
One interesting observation from his research is that despite the high interest rates charged by the MFIs, they have clients. This, as well as other parts of his study, points to potential for Uganda to lift a good number of people out poverty through micro financing. What the sector requires is more attention especially from the government and further research to make it workable for most people.

Okello was formally admitted to the PhD programme in 2013 but before that, he had received funding from DANIDA’s Building Stronger Universities (BSU) 1 project for a short study in microfinance. He had discovered that the main source of financing for households in northern Uganda was MFIs.

From BSU2, he received another grant for a study stay in Denmark (March 30 to May 1, 2017), at Roskilde University, which he used to improve his writing and sharpen his presentation. While in Denmark he got the opportunity to present his PhD results to the International Development Research Group at Roskilde University . When he returned to Uganda his presentation was convincing and the PhD was approved.

Understanding MFIs
MFIs fall in the fourth tier of Uganda’s financial institutions. These can be small, very flexible, and nearer to communities than the commercial banks or the other higher tiers. They seem convenient but can be dramatic.

Accessing loans
When I meet Okello at Gulu University, where he is a senior lecturer in the Faculty of Business and Development Studies, one of the questions I put to him is about the kind of collateral people give the MFIs to access such small loans and the main thing he tells me is “guarantors.”

”Those who require sizeable financing, say in a few million Uganda shillings, however, can give MFIs land titles and more advanced collateral to capitalise their businesses.

Impact of the loans
Okello’s study found that the impact of the loans was positive: Those with access to loans had higher asset levels than the non MFI clients. They were also able to send their children to school through their small scale trade. Trade is among the opportunities listed for strengthening in Uganda’s pursuit of its Vision 2040, which targets “A Transformed Ugandan Society from a Peasant to a Modern and Prosperous Country within 30 years” from 2007.

Over 95 percent of Ugandans are employed in the informal sector, mainly practicing agriculture and small scale trade. Access to financing through MFIs, as Okello found, has the ability to curb poverty and foster growth at the grassroots. It could help Uganda keep track with the global SDG targets starting with Goal 1, of No Poverty by 2030. This could trigger positive change in most of the other goals. But there are challenges in the MFI system in Uganda that should be first negotiated.

MFIs access capital funds from donor agencies or from the Microfinance Support Centre. The former may not ask for interest but the later will. To some extent, the level of loans is negatively related to the capitalisation fund received because of the interest from the centre, which is at a minimum of nine percent per annum.

The high interest rates are not only affecting the level of loans accessed but also the default rate. “Bad debts have to be written off from the books of accounts and this negatively affects the profitability at the micro level and development at the macro level,” Okello tells me. “And the high default rate also affects the growth and survival of those micro finance institutions. When there is a loss your chance of survival is reduced.”
Don’t they see it that when you lower the interest rates more people are going to take loans and you will have less defaulters? I ask.

“Well, that also needed training of microfinance institutions where my target was. They needed training to appreciate,“ he says.
Despite the high interest rates charged by the MFIs the clients are still there. What could be the reason behind that?
“The fact that the amount they give out as loans is generally low. People may not feel the interest rate that much,” he says.

Moving forward
Shortly after Okello’s study, some policy implementations that reflect his recommendations came in, although he may not attribute this directly to his research.

He recommended that government and micro finance regulatory agencies play a pivotal role in the supervision of SACCOS since they were mobilising deposits from the public and therefore the depositors needed to be protected.

“Bank of Uganda is now regulating them. I had already published my paper when the regulations came in,” he says. “It is important to publish whatever finding as soon as possible.”

Okello also recommended that MFIs scale up their marketing, in order to ensure that more households are aware of their products, and also increase their equity capital.

He further recommended that the MFIs set strict criteria of eligibility to the borrowers so as to minimise bad loans. “Bad debts erode the profitability, they erode even the capital,” he says.

“Also this study could employ another design, that is the longitudinal study design. This implies keeping track of the borrowers from one season to the next and from one year to another so that the impact of microfinance on the household can be traced better,” he tells me.

PhD career benefits
With the experience of the PhD, Okello feels that his ability to conduct quality research has been enriched. He wants to continue to publish and he is now looking at several proposed journal articles.

“In the university if you don’t publish you perish, he says. “To a large extent the articles I am looking at are based on work I did with my students in the area of microfinance, in the area of general banking.” 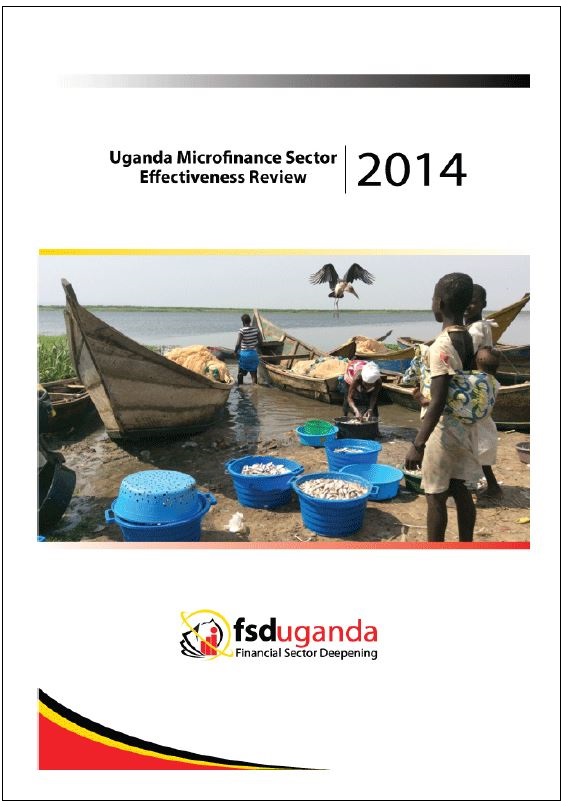 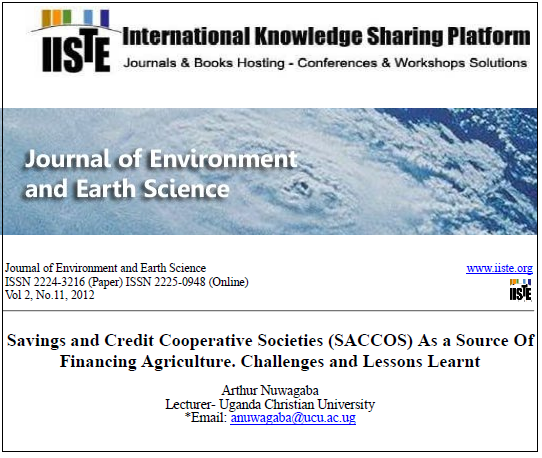