Many Ugandans are quick to identify themselves by tribe – 56 tribes there are in total. They like to describe themselves, and are also often described by others, as humble, welcoming and peaceful but Uganda’s political history hardly reflects the peaceful part. Transfer of power for example, from one president to another, has never been peaceful since the East African country gained independence from the British in 1962. In a history that includes eight presidents from different tribes (one came twice), Yoweri Kaguta Museveni of the National Resistance Movement (NRM) has been the longest serving – 33 years and he is still counting – but not without civil and armed challenges to his authority.

The longest armed opposition to his government was wedged by the Lord’s Resistance Army (LRA) between 1986 and 2006. Its impact was most felt in northern Uganda. Associate Professor Charles Amone has been studying ethnicity and conflict in Uganda for several years. He concludes that Uganda is an ethnically divided country, something which hugely influences its politics and conflicts.

Amone has been Associate Professor of History at Kyambogo University in Kampala for a year and a few months, having moved in from Gulu University in 2018.  He had been at Gulu since 2002, starting off as an Administrative Officer and rising to become Lecturer, Senior Lecturer and Head of the Department of History. When I visit him on a July afternoon Kyambogo University is in recess so it is generally quiet. His reflections paint a picture of a country less united than the world may be led to think – a crisis that fuels inequality and conflicts from within.

The PhD from ethnicity

Amone is an Acholi, the tribe from which leaders and fighters of the LRA came from. For his PhD, which he got in 2011 from Makerere University, he looked at the role of ethnic concerns in leading to the outbreak as well as the longevity of the LRA conflict. His PhD thesis is: Ethnicity and the Rise of Armed Conflicts in Uganda: A Case of the Lord’s Resistance Army (LRA) rebellion.

“The war in northern Uganda took so long as compared to other wars against the NRM government [led by Museveni of the Ankole tribe]. So how much role did the ethnic divisions, regional divisions in the country, contribute to the outbreak and perhaps prevent the government from stopping it within a short time? I found out that Uganda is an ethnically divided country. If you talk to politicians they will want to deny it. They will want to say we are united. But the feelings of ethnicity are there in the minds of the people and they were behind the outbreak of the war,” he tells me.

He adds: “People were not happy that General Tito Okello, an Acholi, had been toppled by someone from western Uganda. Then there were some cases of misconduct by the NRA [National Resistance Army] soldiers. People interpreted those cases in terms of ethnic divides – ‘they are killing our people. They are killings us.’

“Many people supported the war. People joined Alice Lakwena willingly; people joined Joseph Kony willingly. The abduction of fighters began later, around 1992, when people became frustrated. They were not making any headway. They had travelled up to Jinja (eastern Uganda) and they were defeated. By 1992 they were no longer volunteering to join the rebellion. That is when Kony started abducting people, attacking schools and so on.”

Amone tells me that the conflict was not based on concrete ideology. “It was based on ‘ours was defeated so we have to fight back’. It was the question of ours and theirs,” he tells me.

The northern Uganda conflict was started by the Holy Spirit Movement led by Alice Lakwena, with influence from her father Severino Lukoya (of the Acholi tribe). Joseph Kony (Acholi) continued with the same cause under the LRA with fighters from the same tribe and using the same mobilisation and motivation techniques.

Uganda declared the LRA conflict over in 2006. Kony is reported to be in the Central African Republic (CAR). He is wanted by the International Human Rights Court in the Hegue.

In 2013 Amone received support from DANIDA’s BSU project for a three-month study stay at the University of Southern Denmark as part of capacity building efforts for Gulu University staff. He was to research and write in the field of ethnicity and conflict in Uganda, more specifically to write his paper, Ethnicity and Political Stability in Uganda: Are Ethnic Identities a Blessing or a Curse? Through that papers he argues that “In post-colonial Uganda, ethnic cleavages became responsible for coups, secession attempts, name-calling, stereotypes and wars. Ethnicity has, therefore, become a curse in Uganda.”

That trip to Denmark would turn out to carry a lot significance in Amone’s career path. By the time of his PhD in 2011 he had only published two papers. He has by now published over 30 papers.

“I have kept contacts from that time up to now. There are people I just send emails to if I want something and they help me out. Some of the data I collected from Denmark has been able to help me with other papers. But also, the discussions I had there with my mentor Sharon Miller. She was able to fine tune me so that the subsequent grants I got, the subsequent papers, were somehow because of the knowledge that I got from Sharon and other scholars I met in Denmark. I actually published a paper in Denmark last year in one of the journals,” Amone tells me.  The paper is: Contested citizenship, religious discrimination and the growth of Nubian Identity in Northern Uganda6.

Danish Libraries and the Luo-speaking Amin

Amone found the University Library rich in literature – most surprising to him was literature on Iddi Amin, Uganda’s former President known among the world’s worst dictators – which he couldn’t find in Uganda.

“I enjoyed everything. The people were very friendly. Staff at the university was very cooperative. Outside the university the people were very helpful, including kids. The library was very good.  That was when I learnt that actually Idd Amin could speak Luo [spoken by Acholi among others] in spite of killing the Acholi so much. I listened to him.  There was a tape in the library. I was surprised! Internet of course is good in Denmark so when you are told that Denmark is the list corrupt country in the world I have no doubt. I lived there and I experienced it. Everything was straight forward.”

Putting research into use

Amone has churned out many papers and he is aware of their relevance to Uganda’s development context and the SDGs. But, like many other researchers, he does not think his research has helped much beyond the academia.

Do our leaders try to pick interest in the findings of researchers? I ask.

“Not much. I even doubt whether they read these things.”

So where do they base their decisions? I ask.

“There were talks with the LRA in Juba (between 2006 and 2008). No body among the people taken was from Makerere [University]. I asked myself there is the department of history in Gulu University, Gulu has been the epicentre of the conflict, why aren’t these people consulting we who have read about this, who have published about this? None of us was consulted. Emphasis has been on politicians – members of parliament, councillors, people in security. I feel that our policy makers in the government do not utilise the researches even those in the public domain – to read and take note, put it into use. The government of Uganda has not been able to tap from the resources that we have created as researchers. They have not been able to utilise our findings.”

Amone is currently doing research on Widow Inheritance, a traditional practice among several ethnicities in Uganda which allows a sibling to inherit his late brother’s wife.

“I want to see it from the angle of people of Uganda. Feminist groups, people from the western world, human rights activists say it is discriminative, inhuman, against rights of women, oppressive to women. I want to find out whether it is true that it oppresses women or not.” he tells me.

He is a man fully focussed on academic advancement. “We all want to reach the level of professorship. Anything that drives you towards that end you go for it. I hope to become a professor in three years. Right now I am working on it, in terms of research, publication, networking, outreach, trying to do as much as possible so that when that time comes I am considered for it,” he tells me. 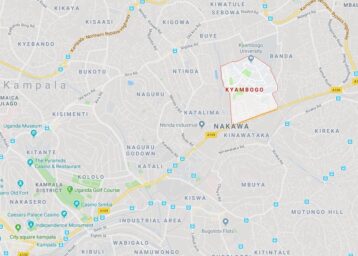 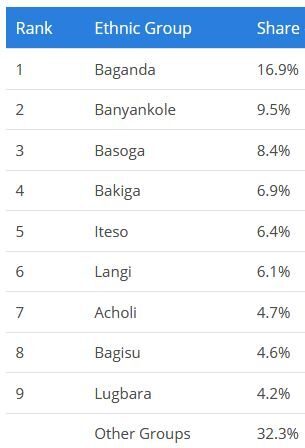