The community of development researchers has grown and been increasingly spread at several different environments in Denmark. Buzzwords change – but a clear focus on development remains, observes a veteran in the field.

That is the observation by Soeren Jeppesen, Associate Professor at Copenhagen Business School (CBS), who has been an active member of the community for several decades. Soeren is one of two chairpersons of the Association of Development Researchers in Denmark (FAU). And he has followed the transformation of funding and research priorities over the years.

”We have a growing lot of competent people in Denmark who are regularly applying for money from FFU, The Danish Independent Research Fund, together with partners in the Global South. Funding is of course extremely decisive for which projects are realized and which are not. All of us are trying our level best to adapt to the themes laid out by the people from the Foreign Ministry, and they have more or less deliberately been trying to spread out the funding to a number of different institutions and networks”.

The budgets for the Danish Foreign Ministry have been severely cut several times in recent years – and the part of the ministry dealing with the Global South, Danida, has been cut even deeper. The cuts have hit both staff at embassies around the world, staff in Copenhagen and money available for international development assistance, including research. One impact, among many, has been that the research funds available to researchers at Danish and Global South universities have undergone major changes.

”One effect has been that they have had challenges coping with administering and following up on the many smaller development research projects in the Global South with small budgets. A consequence of the budget cuts was that they have had to prioritize fewer and larger projects in order to be able to properly handle what the research council and the Ministry have approved”, Soeren Jeppesen explains.

At the same time, several Global South countries, which earlier received a lot of ODA from Denmark – and a lot of interest from Danish development researchers – have been removed from the list of recipient countries for similar and for political reasons. These trends are important for the direction of Denmark’s development research as many of the active outgoing projects in the Global South are primarily financed by funding from the Consultative Committee for Development Research (abbreviated ”FFU”) and Denmark’s Independent Research Fund.

The result of these trends has been that most FFU-projects nowadays are multi-million projects with broad purposes and many partners in South as well as North, mainly with PhD’s from the South and much focus on capacity building in the South.

This is very different from the situation as it looked when Soeren Jeppesen entered the field in the mid 1980’s as part of his bachelor thesis at CBS studying the Indian state’s capacity to regulate transnational companies followed by a master thesis on Rural Development also in India in 1990/91.

Later he spent several years working at the development countries’ group within the CASA (Center of Alternative Society Analysis) in Copenhagen, before he succeeded in getting his PhD on Greening of small manufacturing firms in South Africa funded and therefore returned to CBS.

Shifting of the focus

His focus of research for many years since then has been on different aspects of social and environmental practices – later labelled CSR, Corporate Social Responsibility (and now ‘Corporate Sustainability’). In 2005, he was employed as an Associate Professor in ”Business and Development studies” with a special focus on SMEs and entrepreneurship in developing countries.

Within Soeren Jeppesen’s home field, business studies, the focus from the foreign ministry and FFU has for instance shifted from studies at the industrial sector level to studies at the level of individual companies, foreign companies in the South, preferably Danish companies if possible, as well as local companies. With ”value chain” as a commonly used buzzword, prospects and actual efforts for internationalization at small and midsize local companies have been thoroughly studied.

Copenhagen Business School has over the years provided funds for Global South activities, including lately an ”Africa Initiative”, but the main part of the money has been used on strengthening the educational programs in Copenhagen. If you want to get out of office and do field work in the Global South in cooperation with partners in the South, you simply need support from the FFU or maybe similar types of funding.

Of course, climate change and sustainability has become dominating buzzwords during the last two decades. ”When I did my PhD about small South African companies and their environmental management, it was just after the Rio-summit in 1992. At that time it was a new thing, but nowadays it’s hard to imagine a call that does not include these demands”.

Earlier, Soeren Jeppesen and his colleagues among others focused on unionization, labor conditions and wages, then turning to CSR. Now studies of industries and firms in the Global South tend to have focus on waste management, circular economy, and corporate sustainability.

When Soeren Jeppesen entered the field of development research, the current demands from funders that South partners have to be involved in every project were not in force. ”For me and many others, it has always been logical to work with South partners. Of course, you cannot conduct this kind of research without a good local contact. Already during my PhD research in South Africa, one of the initial activities was to identify who would like to take part and be interested to work with”.

”Still today, we see examples of colleagues at foreign universities trying to hire local assistants, sometime professors and very competent people for attractive honorariums, but without giving them much influence on the project and without even mentioning them in the articles that are published”.

But generally speaking, the division of labor between South and North partners in a project has changed a lot, compared with 25 years ago, when Soeren Jeppesen first wrote an application for project funding. ”In the beginning, we cooperated mostly with established South researchers, often educated in the North. There were a good number of competent people in countries like South Africa, Uganda, Kenya, Tanzania and others. When we applied for FFU funding, a Danish institution had to be involved, and the project had to be within the prioritized themes of that year. But we decided ourselves the exact division of labor between South and North. In recent years, there has been a strong focus on capacity building and involvement of young South researchers and local PhD’s”.

This is a much needed and adequate change – and still sometimes with new challenges. According to Soeren Jeppesen. ”When the involvement of South PhD’s become a formal demand, things are starting to happen on the South side, which we for obvious reason cannot and should not control. So, due to internal power dynamics, personal relations and more, certainly, these positions are not always given to the most talented people. Sometimes they are given to middle-aged friends of the project leader who has so far never got the prestige of a PhD grade”.

Soeren Jeppesen is not nervous that the really talented young researchers will be lost for academic research. But there is a risk that a number of people will be involved in the projects who have no future in that field – and the money will to some degree not come the use, which they otherwise could.

”Sometimes you have to speculate who actually wrote that thesis”, he says. It is a general problem that many Global South countries seldom prioritize research. Hence, the Global South researchers are ”even more busy than we are doing administration and teaching all the time”.

”Some of them have ambitions to get involved in our projects, they have ambitions to write articles for academic magazines, which will improve their CV to make it possible to be involved in more North-funded projects in the future. But they only succeed if they are somehow able to put in an extraordinary personal effort”.

As an illustration, Soeren Jeppesen points to an institution like the Institute of Development Studies at University of Nairobi.”During the sixties, seventies and eighties, people from around the world have traveled there to be part of the exciting community. Then came Structural Adjustment and severe budget cuts and it has undergone major changes. Funding for research has diminished – and demands for teaching with growing numbers of students have increased substantially. The staff has now little time to do research”.

When Soeren Jeppesen did his PhD, there were less than ten active researchers at CBS working with the Global South. Now the Center for Business and Development Studies, together with its close neighbor, CBS Sustainability, alone have between 25 and 30 members with such orientation. And numerous other are found at other departments.

”The growth of our center ensures that we have people here from very different backgrounds, it ensures a broad perspective. It makes it possible for us to engage in a number of fields”, says Soeren Jeppesen who sees several other active centers and departments in the field of development studies and research in Denmark.

”Obviously, the field of development studies and research was defined in a much more narrow way 30 years ago compared to today. Now many more people are working in the field, based in a much broader range of different institutions and research environments than before. So, despite the cuts at the MFA fortunately a range of communities of active development studies’ researchers do still exist. A number of which I get a lot of inspiration from cooperating with”. 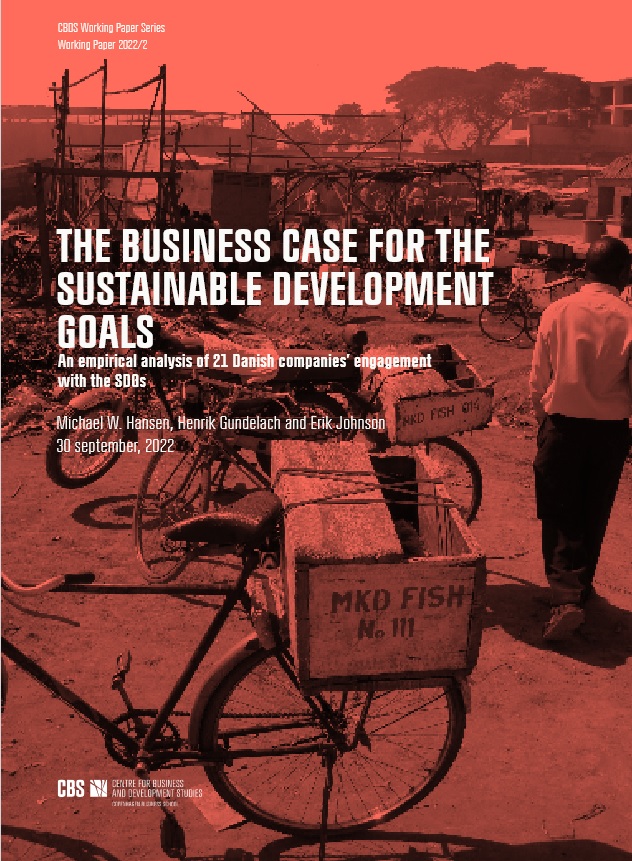 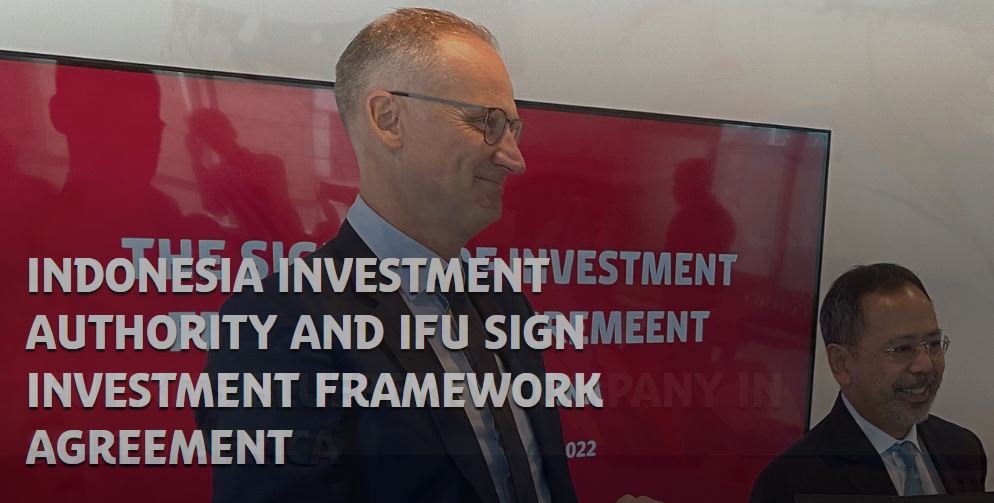 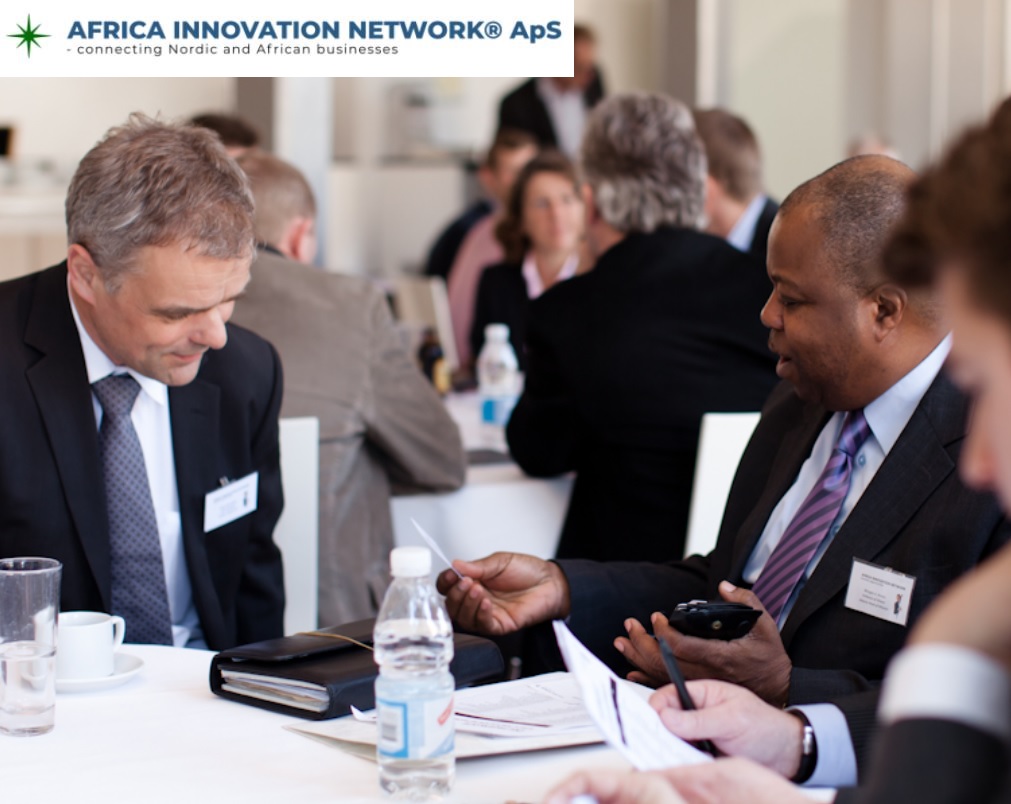