Research into trade patterns and global value chains gave the research team a hands-on understanding of what economic globalization is all about.

Every time a research project, financed by either DANIDA or Independent Research Fund Denmark, is completed, the researcher is supposed to write one or several ”policy briefs” with recommendations and policy proposals as part of the final report.

But is there actually anyone who reads it? Professor Niels Fold, an experienced economic geographer at the University of Copenhagen for more than 30 years, is in serious doubt.

”I would very much like to have a dialogue after each project with those persons in the local administration in the South who are formulating policies. But I would also like to receive some kind of feedback from DANIDA in the Ministry of Foreign Affairs, even though I know very well they have hardly the time to do that”, he says.

”I don’t know if any people get something out of the policy briefs, it might be read and then archived. At the moment, personally, I think it is unfortunate with this lack of response which seems to indicate that the research report, including the policy briefs, after the project is not taken sufficiently seriously”.

”Of course, we don’t expect our recommendations to be implemented two weeks after the report are submitted, including its policy briefs. But if you have worked hard and achieved good results, it is disappointing every time no dialogue at all is started on the basis of these policy briefs. There are no procedures for that”.

Niels Fold has submitted quite a number of project reports, and he cannot help ask a very fundamental question: ”Why do we implement so much research, and why do we say that it has to be useful for local administrators and politicians as well as Danish development aid when the capacity to reflect on it has in fact become so limited not least after many years of economic rationalization in the Danish foreign ministry?”

A new generation of researchers

As a young student during the 1980s, Niels Fold was already working with issues concerning the Global South. He was motivated by the global inequality he observed. After graduating with a master’s degree as a geographer, he was teaching the next generation of students about global development, first as a part-time teacher and later as a full-time employee of the University of Copenhagen. He began receiving his first grants to do research into trade routes and global value chains, not only between North and South but also among South countries. ”At that time, this kind of studies involved a tremendous work with printed edb-scripts, showing data about trade with a certain product”, he remembers.

”The whole idea was to understand economic globalization in a more concrete way than before. Macro discussions about development strategies might be interesting and politically relevant, but our research gave us a hands-on understanding of what was going on in terms of economic globalization”. During all these years, several Ph.D. students and young researchers were educated. In the beginning primarily Danish students, but increasingly students from abroad, especially Tanzania, Ghana, Vietnam, and other countries in the South.

The typical division of labour was that the South PhDs did the fieldwork in their own countries. They came to Copenhagen from time to time to attend courses and meet their supervisors, including Niels Fold – but they seldom moved to Copenhagen to stay there for three years. ”In this way, we learned a lot from them about the content of the empirical matter of any given project. On the other hand, those of the South participants who were able to do it learned a lot about scientific methods”.

”From the beginning, they had very little training in qualitative methods. They didn’t know how to go out and interview companies, NGO’s and farmers and organize the answers afterward so that they could be analyzed. We made a great effort to teach them how to make use of that kind of data”. ”Interviewing a larger population and then making use of this data material – instead of just receiving a lot of figures from official statistics – it’s a question of specific techniques, it demands specific compassion, and it opens the field for specific interpretations and possibilities. What kind of narrative are we able to derive from these data?”

Capacity Building at universities in the South, partly within Ph.D. projects with a focus on global value chain research, which was part of the Danish ”Building Stronger Universities”-program (BSU) in Tanzania, has been ”enormously rewarding”, Niels Fold explains. ”It’s exciting to visit the BSU-project and see how the skills of the participants develop. At the same time, it’s interesting to experience the relationship they develop with us in contrast to the relationship they have with their local supervisors. Locally, they have a very strict hierarchy, but we are encouraging them to enter into open debate and dialogue. In my opinion, that is an important part of the purpose of the whole program”.

”You feel that you are contributing to a build-up of capacity. But then, it’s quite a shame to see that this achievement very often is eroded shortly after the clever ones receive their Ph.D. degree when they are leaving research to become university administrators and managers. The idea that this is what they ought to do is deeply embedded among many of them. And when they have disappeared from research to become university managers, we can start over again with new young talented students”.

Niels Fold looks at the current development within development research with some skepticism. ”As I generally see it, the importance of broad knowledge about developing countries is being scaled down to professional skills within very specific technical research fields. It seems that what is most in demand are specialists who are not so well acquainted with socio-economic conditions in a given country but is very skillful in their trade – and more and more of the research budgets go to that kind of project. The dominating thinking is apparently that what is most important is to transfer the skills that are necessary for advancing certain technical solutions”.

”You don’t need any understanding of the dynamics of a developing country, the politics of the specific country, its cultural heritage. Indeed, it’s a good idea to send researchers who are willing to share their skills with local researchers. But many researchers from social sciences naturally feel that their professionalism is put into a defensive position by this trend.” 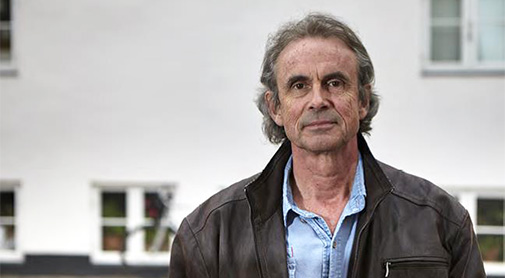