‘Out of sight, out of mind’ is a well-known expression, but one with pernicious effects in the context of waste. We’ve always done things a certain way. Things are made, used, and thrown away. But where do all these thrown-away things go? What do they become? What could they become? Our linear way of thinking and behaving is being increasingly criticised as landfills overflow, water supplies dry up, and air becomes unbreathable.

Consider nature; a fecund system that has evolved over billions of years and where nothing is ever wasted, but rather reused for the growth of something else. It’s this line of thought that piques my interest in the work of Dr Dyllon Randall, an associate professor in the University of Cape Town’s Civil Engineering Department. Dyllon works with resource recovery from a specific waste stream: human urine. (Once you get over the ‘yuck’ factor, urine can be seen as a pretty useful substance.)

After completing his PhD in Chemical Engineering, where he focused on treating mining wastewater using crystallisation and precipitation technology, Dyllon went to Switzerland for two years. There, he worked on the ‘reinvent the toilet’ challenge funded by the Bill and Melinda Gates Foundation. In 2017 he moved back to South Africa to take up a position in UCT’s Civil Engineering Department. At first, Dyllon tells me, his research was broad and more focused on water quality, but what Dyllon is working on now is a “toolbox of technologies” for urine treatment.

One of the technologies in this ‘toolbox’ is a waterless urinal that produces fertiliser. On his return to South Africa in 2017, Dyllon was met with the Cape Town water crisis. He tells me that for his work, this was a kind of “blessing in disguise”. He elaborates to say that it “forced us to produce this waterless, fertiliser-producing urinal. I don’t think we would have produced something like that if it wasn’t for the drought”.

The technology is almost shockingly simple. Urine contains the nitrogen compound urea, which is broken down by the enzyme urease to produce carbonate ions and ammonium ions. Over time, and depending on the pH of the urine, ammonium is lost as ammonia gas, which is the icky smell you get if urine sits for too long. However, if you treat the urine with calcium hydroxide, the pH of the urine is increased which kills the bacteria that produce urease, and so the urea stays in solution. Stabilising urine this way means two things: 1) when you add calcium hydroxide to urine, you precipitate out calcium phosphate, which is an inorganic fertiliser, and 2) preventing the degradation of urea into ammonium means you don’t have that unflushed-urinal stench and it gives you the opportunity to recover all the nitrogen from the urine.

“In the urinal you have calcium hydroxide, and within 30 seconds of someone peeing into that urinal you have calcium phosphate, which is a fertiliser,” Dyllon tells me. So here is a simple, in situ means of collecting and recovering the resources in urine. One iteration of the design has been implemented into the Growthpoint Properties’ Exxaro Headquarters in Gauteng, which is “the first commercial building in South Africa with a urine diversion and collection system,” says Dyllon. The building implemented a dual piping system, so that the urine is diverted from the sewer line and is instead collected in the basement and used as a liquid fertiliser on nearby sports fields.

Things become a bit trickier when trying to implement the system into existing buildings, because the cost associated with retrofitting is prohibitive. However, Dyllon has a vision of how these urinals can be easily incorporated into our daily lives.  Because the urinals don’t need to be connected to any existing sewer line, “all you would have to do is remove the existing urinals and put in a standalone entity: the fertiliser-producing urinals,” he tells me. Once collected, the urine can be transported for treatment, or just treated on-site (the latter of which is ideal, considering that urine is 95% water). “If you concentrate it on site, and you just transport the 5% where all the value is, you’ve substantially reduced your cost of transport. And so one of the ways we’re looking at is to use reverse osmosis to concentrate the urine”.

Another instrument in Dyllon’s toolbox is the technology to make a brick from human urine. Dyllon had read about making biomaterials using technology called microbial induced carbonate precipitation (MICP). In this process, urease-producing bacteria are fed urea, and the urea is broken down into carbonate ions and ammonium ions. The carbonate ions can react with free calcium ions in solution to form calcium carbonate, which acts as a kind of cement that “essentially glues any loose material together, and you can use it to make any shape you want.” Dyllon tells me, “because I was working with urine I thought, why use [synthetic] urea when you could use urine?”

They first tested the feasibility of the technology by growing bio-columns. Like all research, the first attempts at making this kind of biomaterial were frustrating, and the bio-columns kept crumbling. The columns simply weren’t solidifying in all areas. After a few tests, Dyllon and his Master’s student, Jules Henze, realised that the technique they were using (pumping the bacteria and urine through a sand column) led to preferential flow and an uneven colonisation of the sand. So they switched techniques (first allowing the bacteria to homogeneously colonise the sand, then adding the urine) and were able to make a solid bio-column made from sand and human urine – the first of its kind.

The bio-brick has been through stages of development. Initial iterations only had a strength of 0.9 MPa (for context – face brick has a strength of about 14.5 MPa). This was then improved to 2.7 MPa by using a mixture of 50% sand and 50% Greywacke (a gravel-like substance). A while later, two Master’s students, Daniel de Oliveira and Kelly Fahn, co-supervised by Dyllon and Dr Rob Huddy, managed to even further increase the strength to 16 MPa by using pure urea. Because of this, Dyllon tells me that “as part of this toolbox approach, we are developing methods to extract the urea from the urine. So if we get that right then we could use it as a fertiliser or to make stronger bio-bricks”.

“We are also interested in using plastic pellets as an aggregate for our bio-brick because all we need is an aggregate, and then we essentially glue it together using the bio-cement. And we can use any waste material… we could use glass, we could use plastic, we could use building rubble, we could use mine tailings. I mean, it’s just endless…”

A shift in social acceptability

Initially, Dyllon and his team found it difficult to collect enough urine to perform these experiments; “when we first developed the urinal it would take 4-5 days to fill a 25 litre container of urine… people weren’t really interested in it”. But as the bio-brick and urinal experiments became successful, which included some media coverage, it began taking only 6-8 hours to fill that same sized container. “We had people coming from other buildings, from different departments, to pee in the urinal because they thought it was going to go into making the next bio-brick… slowly but surely, students started getting more interested in this… it’s almost an exponential increase of interest.”

Dyllon tells me that for him “that’s the most fantastic thing. It shows the power of education. When you can share that bit of knowledge to a broad audience, you get people interested in that topic, but you also get to change their mind-set… now they’re thinking about urine differently, and what else are they going to think about differently?”. The next steps for Dyllon’s urine-related work include testing the next version of the urinal and commercialising it, which would allow them to collect large quantities of urine. The team also wants to further develop the other processes; concentrating urine using reverse osmosis for high-grade liquid fertiliser production, recovering the urea, and optimising the bio-brick process.

Dyllon’s work has been featured rather widely, leading him to release a comprehensive video of the technology and research. The precursor for all of this innovation is Dyllon recognising the value of a single waste stream. What he has realised, and what we all need to realise, is that there must be a paradigm shift – from one where we consider certain things as ‘waste’, to one where we see those same things as ‘resources’.  “Nature knows no waste. [In] nature, when you’re producing a ‘waste’, [it’s] just getting reused somewhere else in another form and another product,” Dyllon says. The idea isn’t necessarily novel (consider the book ‘Cradle to Cradle’), but it is something we need to be constantly reminded of until it becomes woven into our way of thinking and designing. “We’ve become so accustomed to our way of life that we’re comfortable… and I’ll use sanitation as an example. We flush away our waste every day, rather than having to deal with it,” Dyllon tells me. “You and I are producing urea every day, and we’re literally flushing it away rather than recovering it.” With resources diminishing, we have to start thinking about our processes differently. We have to realise that there is no such thing as ‘waste’.

“I ask myself this question: ‘what else can I make from urine?’ Just that simple question. And then this has led to all these other processes, and that’s just from urine. Now imagine you did the same thing with general wastewater, or greywater, or plastics?” 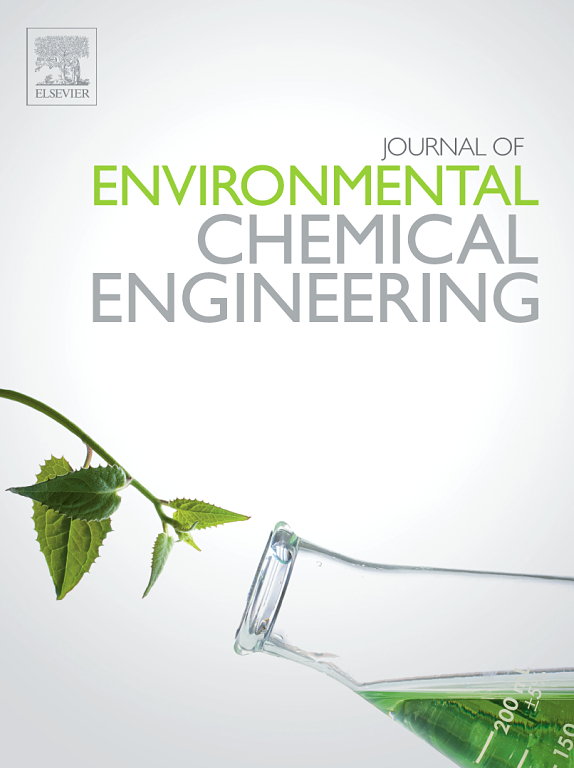