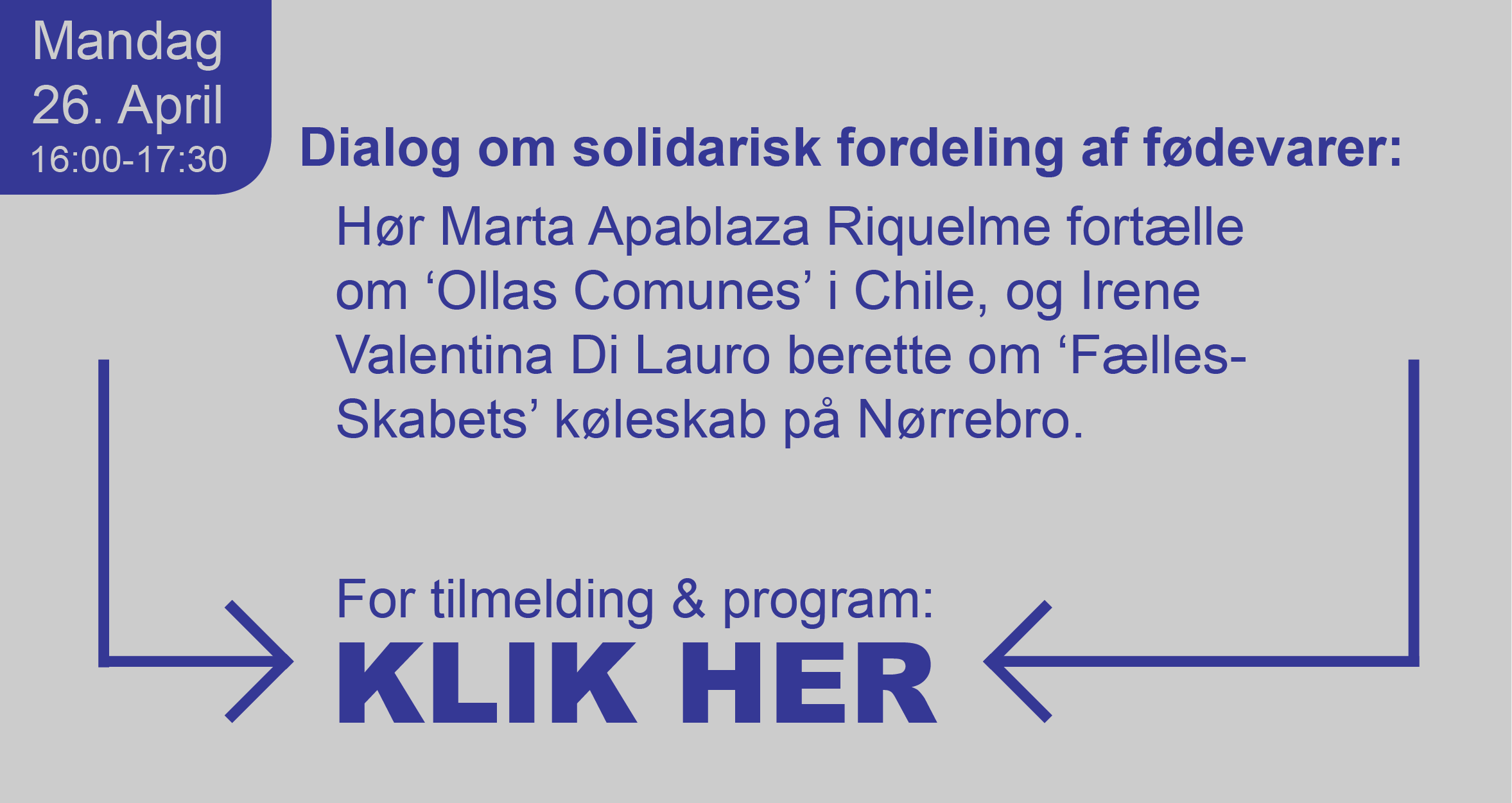 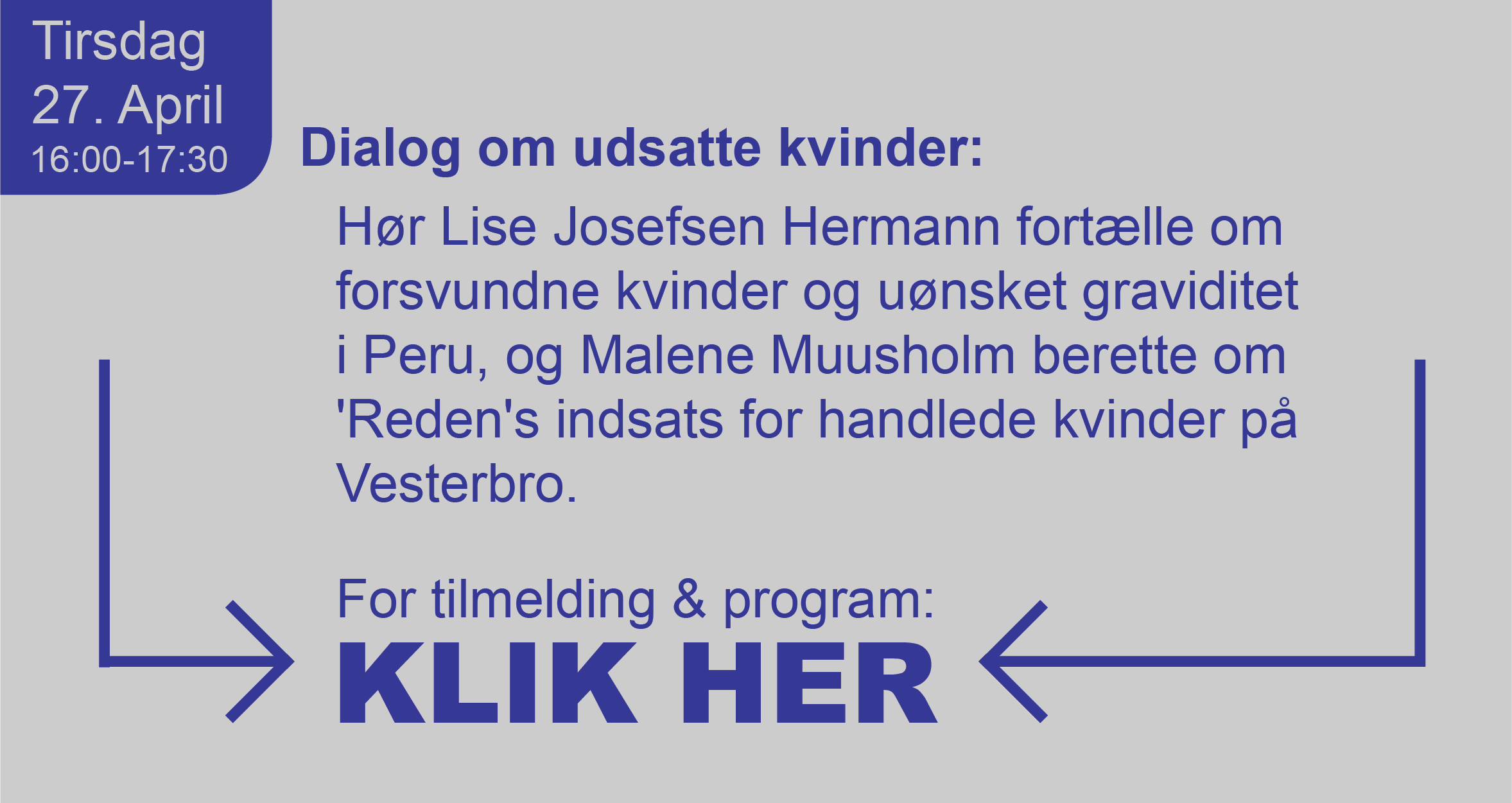 During the pandemic and the ensuing restrictions, the general picture in Denmark has been that older people have been much more worried about other people getting sick than they have been worried about themselves. Many were also worried about not becoming a burden during a difficult time for their families or anybody else.

That was one of the insights from a large interdisciplinary research project at the University of Copenhagen that was launched shortly after the announcement in March 2020 of the Danish government’s lockdown. The project, “Standing together – at a distance: how Danes are living with the corona crisis”, was very active during the first months of the pandemic with surveys and qualitative interviews conducted among the Danish public about the mental-health impact of the pandemic and the lockdown across the country.

”We learned that this is actually a very typical psychological coping mechanism. You cope with stress and you cope with fear by worrying about other people”, explains Amy Clotworthy, Assistant Professor at the Department of Public Health and the Center for Healthy Aging, who was the coordinator of the “Standing together” project during those months.

Amy Clotworthy, originally from the United States, has a Ph.D. in Ethnology and a Master’s degree (cand.mag.) in Applied Cultural Analysis, both from the University of Copenhagen. Her research focuses on how health and social policies targeting older people influence the sociocultural dynamics of later life.

”In the interviews, older people told us that what they really missed the most during the pandemic was having physical contact with their grandchildren. Some people told us, that, yes, they knew they were not supposed to hug their grandchildren, but they did it anyway. They were very much willing to take the risk of getting sick themselves to have that contact”.

Amy Clotworthy explains that many older people were not at all sad about getting rid of the current culture of giving ”knus” (hugs) to other adults – they never liked that – but, in relation to their grandchildren and other close family members, it was indeed a very different matter.

During the first months of the lockdown in 2020, there were a number of public appeals aimed at young people that, ”if you don’t comply with the restrictions, you will run the risk of infecting your grandmother or grandfather who are more vulnerable than you are”.

”That, in itself, contributed to some older people feeling like they could be a burden to their families and should avoid contact with them”, says Amy Clotworthy.

From March until June 2020, the “Standing together” project gathered a lot of data in cooperation with the survey company Epinion. Thousands of people were surveyed, chosen from the general population – and in the beginning with a special focus on people age 65 and over as well as families with young children. After that, a limited number of people were invited to qualitative interviews, some of which were repeated in the fall of 2020.

Today, the data collection has stopped due to a lack of funding. A number of academic articles have already been published by the researchers from the Department of Public Health along with their collaboration partners at other institutions and universities in other countries, and more articles will come out in the future. From the beginning, the project’s material has comprehensively been collected and presented on the coronaminds.ku.dk webpage.

The general conclusion concerning people with chronic illnesses, both older and younger, is, according to Amy Clotworthy, that they already knew how to manage their conditions and they understood how to avoid infections in general, so the lockdown and preventative measures did not make a significant difference to them.

”We realized it was extremely interesting how both older people and people with diabetes or other chronic illnesses were treated, and how they were targeted as risk groups. Those who were already feeling lonely seemed to feel even lonelier. But those who did not already feel lonely did not feel much difference”, she says.

At the beginning of the pandemic, many people indicated that they were worried about a close relative becoming seriously ill. However, some people with chronic illnesses, who are considered a ’high-risk’ group, described their relatives as ’hysterical’ or ’overprotective’. This suggests to Amy Clotworthy and her colleagues that people with chronic illnesses, who may have spent years successfully managing risk, may have felt disempowered during the pandemic and the lockdown.

But healthy older people with no chronic illness were also defined by the government as a ”risk group” as soon as they were more than 65 years of age.

”And it made a lot of older people – for whom it might not have been necessary – a lot lonelier during the months of lockdown than they otherwise would have been”, Amy Clotworthy says. ”So the pandemic has indeed given a proportion of older people in Denmark quite a lot of worries and, in many cases, perhaps a lower quality of life”.

Some members of these groups of healthy and active older people expressed during the “Standing together” project’s qualitative interviews that it seemed unfair that months of their precious life were being taken away from them by the lockdown.

For example, some people expressed that they may not have so much time left to go travelling and be active with other activities while they are still healthy enough for that.

Generally, older people had higher levels of worries throughout the observation period than others, experiencing a greater decrease in quality of life and a greater increase in social isolation, although absolute differences in relation to the general population according to the research project were actually small.

There were not any significant gender differences either.

”We saw more differences depending on socio-economic status than we saw gender differences”, Amy Clotworthy says.

She concludes, especially from the qualitative interviews during the research project, that the Danish government’s definition of some groups as ”vulnerable” and ”risk groups” turned out to be ”very problematic”.

”There wasn’t much logic behind the government’s decisions, as far as people themselves were concerned”.

But weren’t there figures that showed that more elderly people were infected and more of them died?

”Yes, and older people are absolutely more susceptible to COVID-19, medically. But that doesn’t necessarily mean that they are more likely to die from it. Someone who is 65 years with perfect health and no chronic illnesses and who is active every day, they are not necessarily more vulnerable than somebody who is 45 with multiple chronic diseases”.

”Why did they shut down all the long-term care facilities, disallowing indoor visits?”, Amy Clotworthy asks. ”Not all of those people can understand what is happening – and not all those people would make that decision for themselves”.

”The government’s decisions were made to protect the entire population, but it was made at the expense of older people’s individual choices and even their human rights. The authorities should instead have focused on only those people who were genuinely at risk, according to their general practitioner. In hindsight, we can say that the decisions about the lockdown of long-term care facilities should have left more room for individual choice and localized solutions. Many of the decisions could easily have been made by the local administration and the families themselves instead of the government making it for them”, explains Amy Clotworthy.

Also read: “Up here, it is as if the pandemic did not exist” and COVID-19’s extra torture on Kenya’s elderly 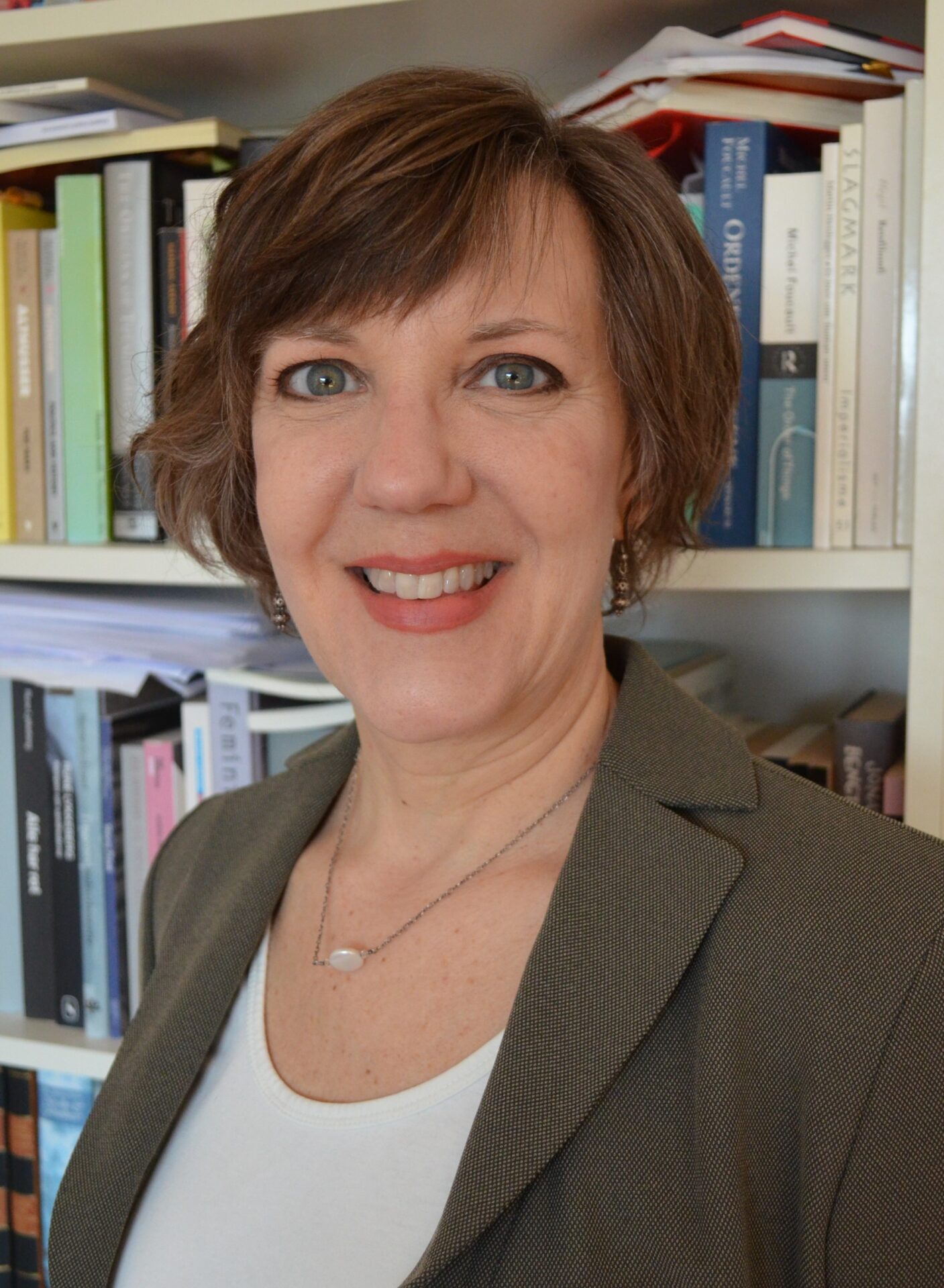 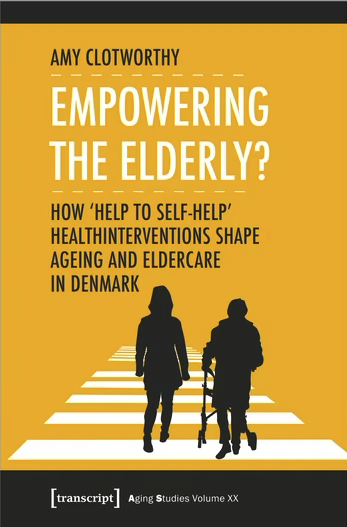 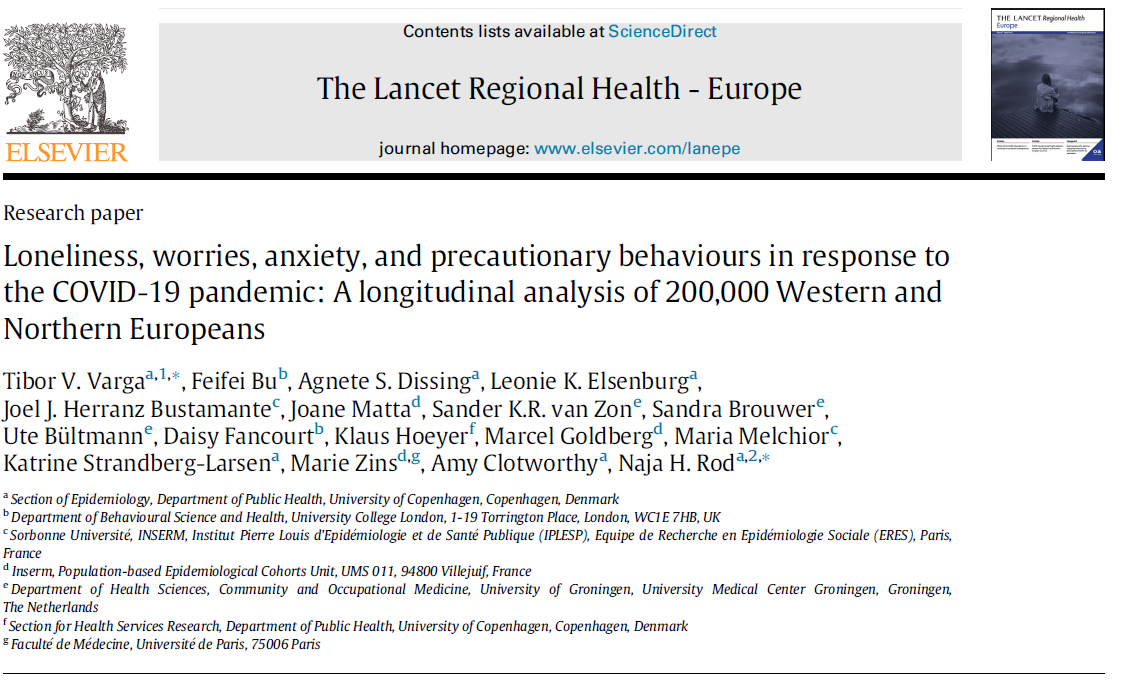