Ubuntu refers to African customary law, based on the value: ‘I am because we are’. Nadeem spent more than seven months at Department of Anthropology, University of Copenhagen, to study the Danish welfare state as part of his PhD thesis work.

Nadeem Salie is a specialist legal consultant in a private law firm in Cape Town Area, South Africa. In May 2018 he was awarded the PhD degree in Law at University of Cape Town. Nadeem’s PhD thesis is entitled ‘The utilisation of Ubuntu can promote accountability in public officials and state institutions as well as give effect to social solidarity in South Africa’. DDRN interviewed Nadeem at the City Campus of University of Copenhagen.

Ubuntu refers to African customary law, based on the value: ‘I am because we are’. Nadeem Salie states that to discuss Ubuntu is to engage in a political act. The primary thrust of his engagement with Ubuntu is to cast aside vacuous claims about Ubuntu and instead showcase the communal obligations focus of Ubuntu. He views the State as duty-bound to give effect to socio-economic rights as well as strive to realise the aspirational aims as enshrined in the Constitution. The objective of the thesis is to discuss how Ubuntu could serve to facilitate the realisation of critical socio-economic rights as well as forge social solidarity.

A key motivation was Nadeem’s earlier legal work investigating corrupt practices of public officials in educational projects. Only school buildings were erected while funds for running the schools disappeared. Several employees lining their own pockets were prosecuted and sentenced. How to hold public officials accountable? The constitution of South Africa guarantees socio-economic rights for the communities, however poverty endures.

Ubuntu refers to your obligations to the community. Ubuntu means that you are defined by the contribution you make to the community. Ubuntu is a belief among the predominantly black population about how to do right. Public officials would constantly think about what they are doing, and how to use scarce resources to improve people’s lives. Nadeem Salie views Ubuntu as a South African version of making sense of a Scandinavian social security net and the concept of social solidarity. Political philosophy is explored as a means to develop a nuanced understanding of Ubuntu. To fully grasp the lived reality of vulnerable people enduring seemingly perpetual deprivation in South Africa, Nadeem says that it became mandatory to spend time studying in an anthropology unit. During seven months in 2015, Nadeem was a Visiting PhD Researcher at the Department of Anthropology at the University of Copenhagen. In December 2016, he re-visited the department just prior to completing his thesis. Nadeem explains that the study visits provided him with a nuanced perspective of accountability and social solidarity as experienced in Denmark. He was exposed to the manner in which law is interpreted, implemented, revised and resisted on the ground as well as the perceived limitations of law. Nadeem Salie gained knowledge about the lived reality of vulnerable groups in Denmark, i.e. the specific challenges faced by immigrants and refugees with regards to integration. Social solidarity is understood by the majority of Danes as signifying sameness rather than embracing differences, as compared to the twenty-nine vulnerable groups in South Africa. Social solidarity is seen as a means to maintain growth and social coherence.

Nadeem experienced the academic culture in Denmark as one of low hierarchy and generous in sharing information, while in South Africa PhD students work on their own with one meeting with their supervisor per term. When meeting the Immigration Authority in Denmark, nobody was looking for handouts.

Ubuntu is directly opposed to any kind of corruption, whereby public officials may perform a kind of redistribution of illegal gains to relatives. Ubuntu means being concerned about what can do the greatest good for the entire community, i.e. the greater good for the greatest amount of people. With Ubuntu in mind, the public official is thinking about why he doing his job.

In South Africa – as shown by Nadeem – politicians will talk about Ubuntu by highlighting the sharing of obligations, meaning that poor people should help themselves. But Ubuntu is also about sharing of resources. For Nadeem Salie, the important point is to strip away all the magical versions of Ubuntu and stick to the crux of what Ubuntu really is.

Making a difference as a PhD

Nadeem’s work does align well to the UN Sustainable Development Goal 16: Promote peaceful and inclusive societies for sustainable development, provide access to justice for all and build effective, accountable and inclusive institutions at all levels. However, the UN paradigm as such is in no way prominent in public debate in South Africa. When it comes to subsistence rights, only the South African constitution is known among average people.

Nadeem Salie received a sponsorship of DKK 50,000 from University of Copenhagen. In South Africa, academics are paid one third of a private sector salary, and PhDs often go the private sector. An option to apply for post doc grants could to some extent encourage a career in academic research.

Nadeem acknowledges that it is very true that the PhD degree often serves a purpose of climbing the social ladder. He says there is no critical momentum even when motivated. It is difficult for one person to swing against the tide. Considering the political context, it is most difficult for an individual to get the support; infrastructural support is needed.

Nadeem Salie explores the way in which Ubuntu, understood as an unwavering focus on communal obligations, could promote the accountability of public officials in South Africa and foster social solidarity by facilitating the realisation of constitutionally guaranteed socio-economic rights.

The issue of accountability when channelling development aid by foreign donors to target groups is highly debated. One recent approach is to adopt Blockchain technologies when transferring funds. In principle, such technology allows an exact tracing of financial flows and registration of institutions and individuals performing transfers along the chain.

Nadeem Salie’s approach is altogether different, when he argues to keep focus on invigorating deeply rooted social values about public accountability. Implicitly, a critical question is raised to the emerging field of techvelopment: Are Blockchains able to substitute or supplement social obligations about fair distribution of funds?

University of Copenhagen, Dept. of Anthropology 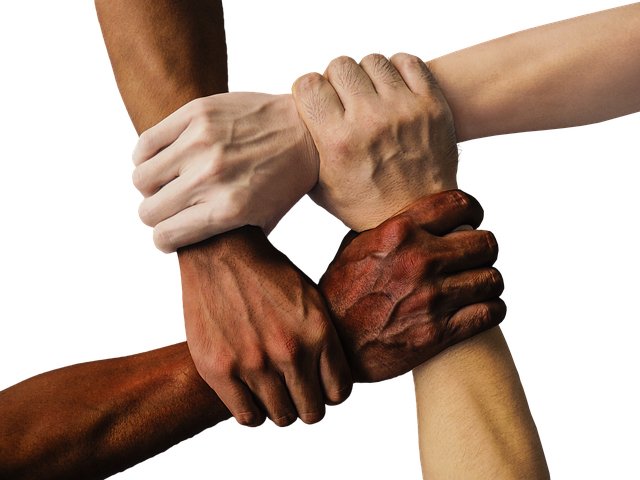