It was a mere coincidence that Rommel Montufar ended up as the leading palm expert in Ecuador. When he was doing his bachelor project, he went to the Amazon-jungle with another theme planned for the thesis. It showed up impossible, so he had to improvise a new topic. Why not palms? And now almost twenty years later Rommel Montufar is still on the way researching palms.

140 different species
We are visiting the private reserve Intillacta – a cloud forest just a couple of hours drive from the Ecuadorian capital Quito. The rain is pouring down all the way to Intillacta. It’s clearly a really humid place we’re about to visit.

The palm tree, which is actually not a reel tree, is the most important in the country”, states Rommel Montufar. There are 140 species in Ecuador. And Rommel can distinguish them all, he confirms. Since he did his bachelor project about palms, Rommel has dedicated all his professional research time to study palms.

Rommel Montufar did a master degree in botanic in Aarhus University from 1999 to 2002 with a scholarship from the Danida-program ENRECA. Since 2009 he has been part of the European project “Palms”.

“It is the first time that palm-experts are working together from several countries – Colombia, Bolivia, Ecuador etc.” says Rommel Montufar.

Palms are important for ecosystem
Palms are a kind of an umbrella plant – they are essential for the whole ecosystem. The palms create huge loads of organic material which enriches the soil. Their flours are attracting many pollinizers. And many animals feed from their fruit.

Today there are still students from PUCE researching on palms and studying in Aarhus.

On our small trek around the cloud forest we see three different kind of palm species – the wax palm, the Prestoea Acuminata (palmito de castilla) and the Chamaedorea palm. “This one is clearly a male tree”, says Rommel for whom everything about the palms seems obvious and though miraculous too.

“This is a young guy”, he says pointing on a rather tall palm. “He is only twenty years old”.

The palms can get as old as 200 years and as tall as 20-22 meters. And it’s not only in the merely hot areas you would find palms. In Ecuador you can find palm species as high up as 3500 meters altitude.

Amazed by the palms
Palms are not that accessible. There are tall plants and often found far into the jungle. A reason why it’s not always such a popular topic among researchers.

There are many interests in palms – but from the conservation point of view as well as from the industry – palm oil is big business.

One of the palms we find in Intillacta is the so-called wax palm. Ceroxylon Echinulatum is the scientific name of the palm which is only found in Peru and Ecuador.

As soon as Rommel gets near a palm tree his eyes begins to shine with passion.

“They are so amazing. Each palm has its own history” he says, while holding the leaves in his hands.

Rommel Montufar’s extended knowledge on the field of palms has made it possible for him to be part of the creation of public policies about forest under the environmental ministry. And he has also been taking part of the elaboration of the so-called red list of palm species which are in danger of extinction. “It’s our duty as a university to take part in these kind of activities”, Rommel Montufar explains.

We end the visit having lunch – off course ceviche with palm hearth. It’s hard not to joke with Rommel – how can he eat his beloved plant-friends?

“Well that’s what it’s all about. When the palms get an economic purpose, we people also get another reason to protect them”, explains the passionate Ecuadorian palm-expert.

This post is the fourth in a series by Lise Josefsen Hermann, journalist based in Ecuador, about results of the ENRECA program in Ecuador. 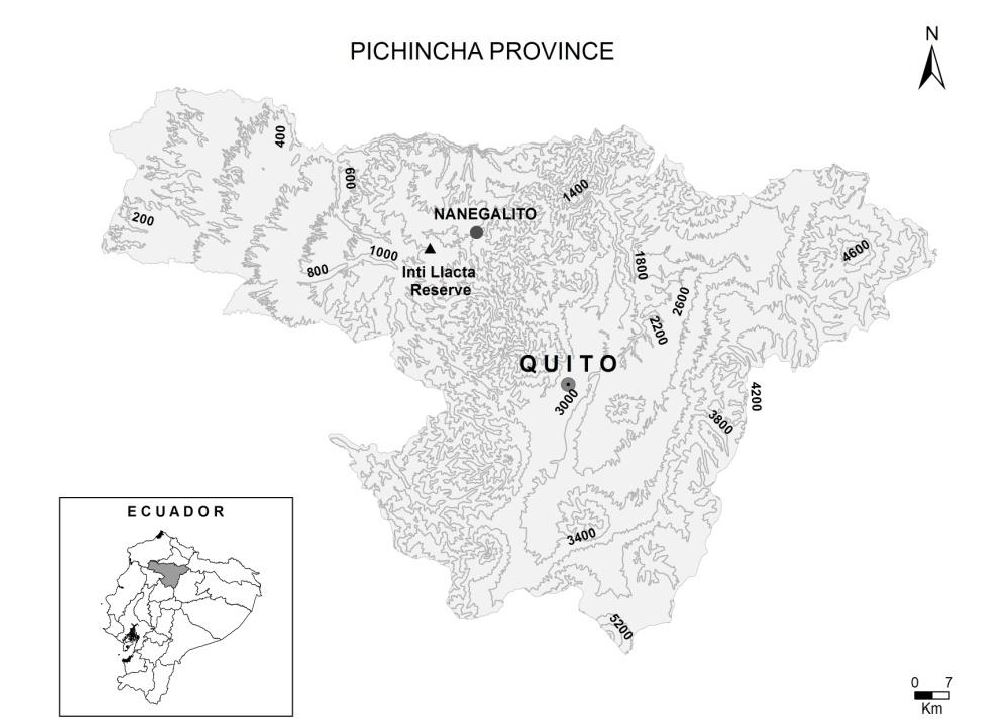 Rommel Montufar on Linkedin and ResearchGate