One of the first Malaysian students to benefit from the MUCED programme was professor Suhaimi Abdul Talib. In 2001 he went to Denmark to work on his Ph.D. project Anoxic transformations of wastewater organic matter in sewers – process kinetics, model concept and wastewater treatment potential. During two periods of three months, he had his day-to-day work in the laboratories of Institute of Environmental Engineering at Aalborg University.

Now, almost 20 years later, it is his strong belief, that the time in Denmark has paid off.

“The impact of the DUCED-MUCED programme was quite successful, I think. It had impact on the receiving countries in terms of capacity building. I think it helped me a lot to be exposed to this programme, not so much the technical Ph.D. guidance but by making a Danish network accessible,” Suhaimi Talib says.

It was not the first time, that he went abroad. He had studied in Australia and got his master in the UK. But meeting his Danish supervisor, biochemical engineer Thorkild Hvidfeldt-Jacobsen, who at the time was well-known for his work on processes in water management, opened new doors and new paradigms in water waste management for the Malaysian student.

Later on, Suhaimi Talib’s own students would also benefit, as they too could dig into his international network and contact foreign experts to share problems and solutions in the wastewater management field.

Personal benefits rubs off on society

When asked Suhaimi Talib sees the benefit in various ways, both directly and indirectly.

Firstly, it helped him personally in his career. Getting international experience made him confident to set up new networks and to bid for bigger projects. After achieving a position as professor at the Faculty of Civil Engineering, UiTM (Universiti Teknologi Mara), in 2004, he was appointed dean of the faculty, and later on deputy vice-chancellor at UiTM.

Secondly, he got access to European network, which made him start new initiatives in his home country. Inspired by the European Junior Scientific Workshop, where master and Ph.D. students gather to discuss their work, he helped organize the first Asian Junior Scientist Workshop in Malacca (Malaysia).

“We had students coming from all over: Germany, from Spain, from Denmark and from Japan to join that workshop,” he tells, and highlights that the AJSW is still going on every year to this day.

Thirdly, he was introduced to Problem-Based Learning at Aalborg University, and this teaching method he brought back home.

“In Denmark I was not only looking at my research, I was also looking at how they conducted the classes. They were using this concept of PBL, and I picked that up, and that has somehow influenced my teaching as well. So my teaching has moved from having a main aim of content delivery, into content delivery due to more practical exposure,” he explains.

When he was appointed as dean at the faculty, he could emphasize teaching methods even more.

“UiTM is a teaching university, yet our promotion criteria is based on the same criteria as research universities. You’ve got to write papers. So the changes that I made was in the teaching track. If they (lecturers) can come up with innovated assessments or innovated delivering methods, that is equivalent to a scientific paper, provided that they document it and publish it in a journal,” he explains.

Furthermore, the DUCED-MUCED network indirectly helped to speed up a paradigm change in Malaysian sewage engineering.

A remarkable result of his Ph.D. project was, when he discovered, that the denitrification process was not as simple as assumed. A paper from 1940’s had described how nitrate in wastewater is broken directly to nitrogen when exposed to certain bacteria, and this knowledge formed the base for wastewater treatment plants at the time. But in his research, Suhaimi Talib found, that the nitrate does not break down completely. It goes through a cycle where nitrate is broken down to nitrite, and then the nitrite breaks down to nitrogen.

For the uninitiated this may sound like a detail. But the cycle has great impact on how waste water engineers build their models for the treatment plants and sewage systems. In its essence, the treatment of wastewater start in the kitchen sink, and is vulnerable to the process during the transportation from household, to treatment plant and back to nature.

The bioprocesses of the local chemical composition and temperature is simply crucial for the efficiency of the treatment, so the more knowledge about the exact biological decomposing inside the pipes, the treatment plant and in the surrounding nature the better.

Knowledge like this was not only beneficial internationally but has also made an impact in Malaysia. Suhaimi Talib and his advisor Zaini Ujang from the University of Technology, Malaysia, have during their careers both been involved with IWK, Malaysia’s national sewage company, giving advice on the development of sewage systems in Malaysia. This helped changing the mindset of how to look at wastewater management.

“It changed from design based on physical parameters like slow gradient velocity and retention time into looking at a better understanding of the microbiology and biochemistry in the processes,” Suhaimi Talib explains.

Did not want to be a shadow

It was a coincidence that Suhaimi Talib became an engineer. But it was no random choice to specialize in sewage systems.

“When I looked at the faculty and, in the water and wastewater department, there were already professors in area of the waste water engineering, and they were focusing their research on the treatment in the treatment plant. So, if I went into that area, I would forever be a shadow, until I retired. So that’s when I decided that I had to do something different,” he tells.

So, he started looking into the transport of wastewater and came across the work of Hvidfeldt-Jacobsens and his group. He noticed that not many people in the world was looking at sewage as a bioreactor, and by that he had found his area.

“In terms of knowledge, it is the same as that in the treatment plant, but the parameters are different. So, I found that interesting, and after discussing with Zaini Ujang, we decided that it would be a good area to pursue,” he explains.

By that he has come to a key point, when discussing capacity building. When doing programmes with the aim of encouraging research that can be beneficial to local societies, it is important to pick staff and students with motivation for change and to select topics that will have a real impact. And this relies on the supervisors. 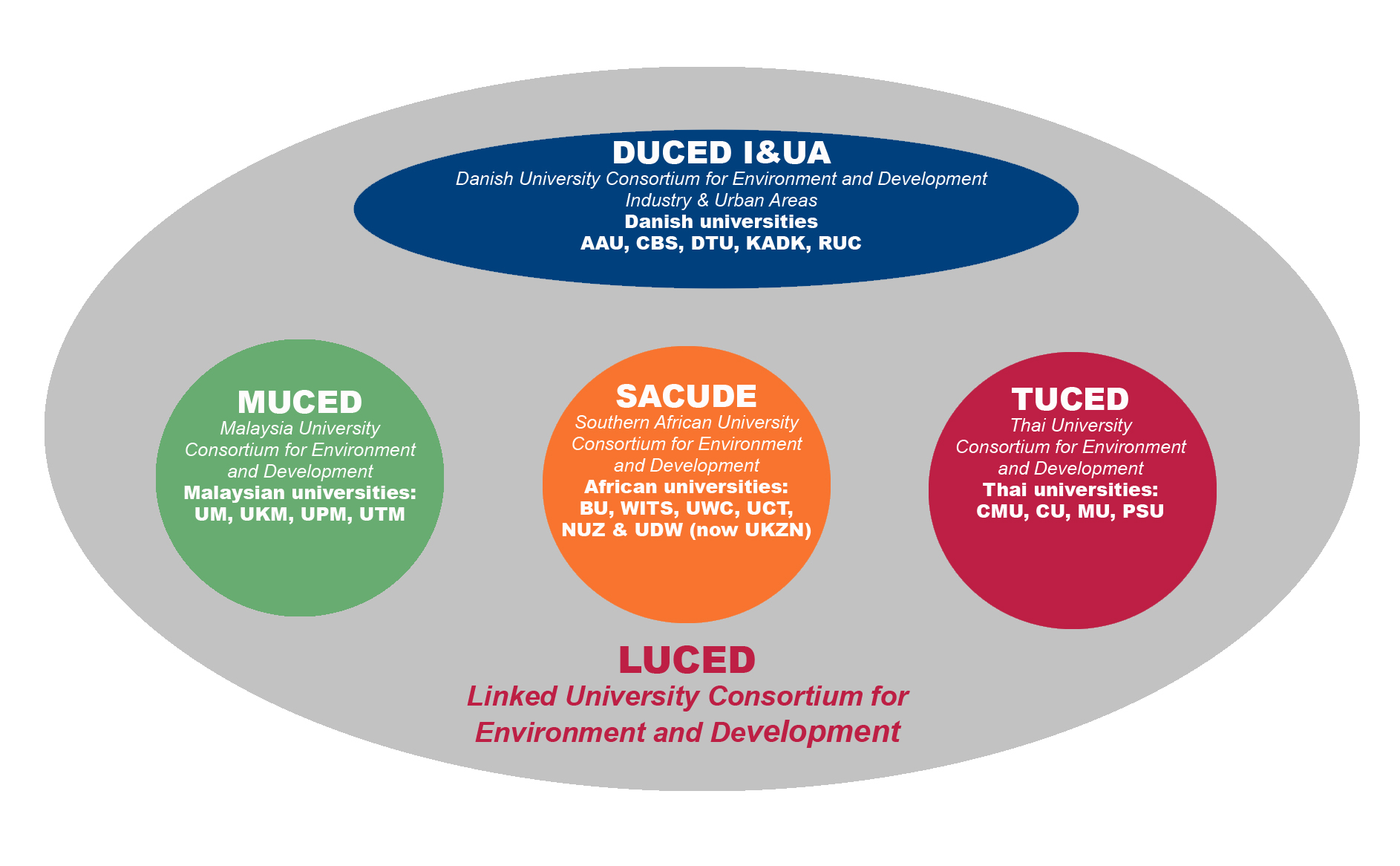 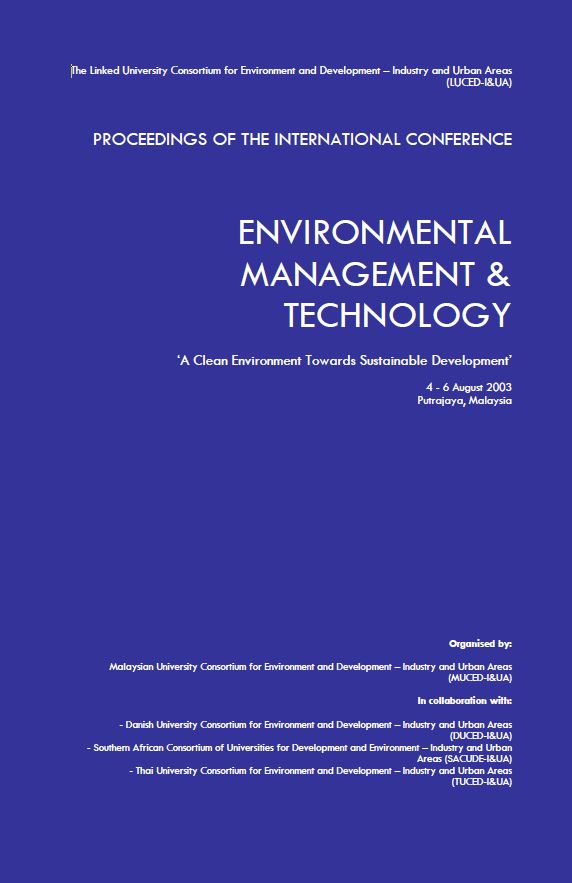