In November 2019, I was attending the ELLS Student Conference 2019, in Uppsala (see article) at Ultuna campus of the Swedish Agricultural University (SLU). Along with listening to students’ presentations, I was catching up with some friends that are part of the same double degree program as mine called Environmental Science in Europe (EnvEuro), but that I don’t have the opportunity to see often, since we study in different universities. The ELLS conference has been for the last two years a fixed appointment for meeting each other. One of my friends is Rayan Kassem, who was giving a presentation called “The water footprint of Denmark for different diets”. Afterwards, he made himself available in the library for a little interview with me about his research project.

Rayan Kassem comes from Lebanon. He studied Environmental Science as a bachelor’s degree in Balamand University, about 20 km south of Beirut. He was searching online for master’s degree programs in Europe that could interest him, when he came across the double degree program of EnvEuro. Students enrolled in this program study at two universities of their choice out of the four partner universities: University of Copenhagen (KU), Boku University (Vienna), SLU (Uppsala) and Hohenheim University (Stuttgart). Rayan chose to spend his first year at Boku University and his second year, that includes the final thesis project, in Denmark, in the University of Copenhagen.

Many environmental issues, not much research

“Lebanon has a lot of environmental issues, most importantly connected with wastewater and droughts”, Rayan explains me as a premise to my question about where his interest in the environment comes from. He continues: “In our houses, for 4 months a year we lack twenty-four hours supply of sanitary clean water”. And in fact, according to the report made by Verner et al (2018)[i], Lebanon have dry hot summers with temperatures that vary between 30 and 40°C, which corresponds to a period of water scarcity. According to the same report, drought risk in Lebanon is increasing on one hand because of climate change, and on the other hand because of increasing water supply pressures in cities due to population growth, urbanization and industrial activities. On top of that, Lebanon is facing challenges regarding the contamination of urban water supplies, while the investments in water infrastructures are limited[ii]. This issue caught Rayan’s attention and made him want to dig into the problem. Therefore, he chose to study environmental science, to understand how the environment works, and maybe find solutions. After his bachelor, he decided to come to Europe to study his master, because at home, he could have chosen between three specializations only, namely forestry, fishery and coastal zones, while he wanted to focus on droughts, water, and climate change. “Environmental studies in Lebanon are very young, not very advanced, and there are not even so many people enrolling in them, so I wanted to come to Europe to learn from the experience of researchers and professors here”.

Then, we shift the topic of the interview to his thesis research. “My research is about the effect of the diet we consume related to the consumption of water resources in the country we live in and also in the countries we import food from”, he starts. He has been working together with associate professor Martin Rudbeck Jepsen, from the Department of Geosciences and Natural Resource Management at KU, and Professor Stefan Petrus Salhofer, from the Institute for Waste Management at Boku University. In his work, Rayan took into consideration the Danish average diet (very rich in animal-based products) and compared the water footprint of this diet with three more: the diet recommended by EAT-Lancet Commission, and then the Danish average and the EAT recommended, but replacing meat with insects. Before going to what Rayan found out, here are some premises about what EAT is and what a water footprint is. EAT is a global, non-profit start-up, that brought together scientists in nutrition, health, sustainability and politics in order to find a healthy diet that, if applied by everyone, could feed a future population of 10 billion people within the earth boundaries. The water footprint is “the amount of water used to produce each of the goods and services we use”[iii] from clothes, to food, to anything. Rayan’s theory was that the EAT recommended diet could also save more freshwater. In fact, he demonstrated that if Danish people would change diet, they would decrease their water footprint by the 26%. While if they would replace the meat products with insects, the water footprint would be only 4% less (see figure in sidebar). This makes the shift to EAT diet, which is mainly plant-based, preferable over the other ones considered.

The water is globalized

Rayan told me how his research can make people more aware of their food choices. “People don’t have a very detailed knowledge about food, so it’s nice to see which foods in your diet are affecting the most the water consumption and which are not”. Something I ignored, and Rayan assures that the majority of people do, is that sugar have a high water footprint, as shown in the pie chart below, while I already knew that meat had a high impact. Rayan follows up: “when they read the study, each person can decrease the litres of water they use contributing to reducing the consumption of water on a national level. It’s a very solution-oriented research that could be applied right away by individuals, so you don’t need government policies, you can do it yourself”. Anyway, there are some limitations. The first one is that the diet depends on the geographical area the people live in, as Rayan is well aware of: “the diet that I recommend resembles the plant-based diet, but when you move up north, those foods are difficult to find compared to the Mediterranean or the tropics”. This is historically true, but nowadays globalization makes everything possible, as Rayan thinks. The second limitation in his study is that he does not know where the water is coming from: “when I say that by applying this diet, Denmark would save 26% of water, the water saved comes from all the food that they import from around the world. So, it might be 2% from Denmark, 13% from Angola and 11% from Venezuela”. And for him this is something very interesting to consider, because often people would ask him why Denmark should care about saving water, since it is not a problem here, instead of focusing on greenhouse gases emissions i.e. And here is what Rayan replies: “we need to look at water in a global context, not in a local one. When I sell you a food item, I am also selling you the water I used to produce this food”. He also adds that most of the studies he cited in his thesis agree on the fact that a shift in the diet is necessary.

Lebanon is not a good option now

Rayan is now back in Lebanon, but he wants to come back in Europe for a PhD or for a job. For a PhD he would like to specialize in droughts now, and in Lebanon this specialization doesn’t exist. In fact, he says that the professor’s specializations cover only three topics: forestry, fishery and coastal zones. The opportunities to get a job in the environmental field are also minimal because “there are a lot of environmental issues to solve but no one wants to work on them, there is no funding, there are no professors that tell you: come and work with me”. For this reason, he would need to find a job in a country that care about the environment and do research about that. “If I want to advance in this environmental sector going back home would not be a good option”. He tells me that the scarcity of actual jobs makes it very hard to be employed by someone in his field of interest, but with four or five years of experience or with a PhD, then he would have the necessary qualifications to go back and start something on his own.

Studying in Denmark compared to Lebanon

Finally, Rayan tells me that what he loved about University of Copenhagen (KU) is the variety of topics he could chose, and the knowledge that professors had. “At KU they don’t waste a lot of time teaching what I call the anti-knowledge, namely some unnecessary vague information about one topic. They go straight to the point in the courses”. He also mentioned the attention that his supervisor at KU gave him compared to the one he got in Lebanon, so that he was able to improve a lot during his thesis. This is something he is looking forward to, if he can get a PhD in Europe again.

Being a Quilombola farmer and being considered a drug dealer

“In Africa millions of people lack access to stable electricity”. Musa Bishir is on the quest for a change 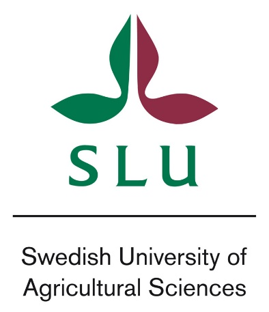 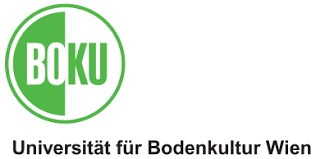 The Danish water footprint of consumption for different diets. The reference is the Danish average diet 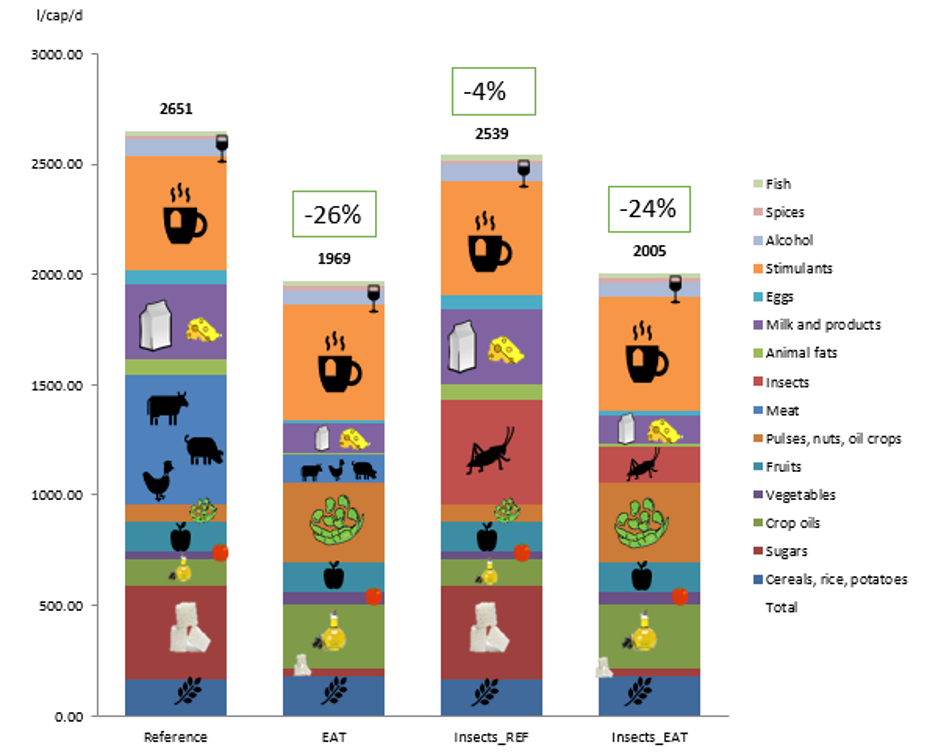 The total water footprint (in m3/cap/yr) of different diets for Denmark sorted in % per food category The reference (REF) is the average Danish diet.