With the COVID19 pandemic gripping the whole world, it has changed the way we learn, work, and socialize. As we get used to living in this new normal, as we call it, there had been a noticeable shift in the focus of research from some of the most pressing biodiversity issues to solely COVID19. Perhaps, the much-boasted improvements in air and water qualities of major cities following long months of lockdown could have left an impression that our environment can recoup itself under minimum human disturbance. But still, there are a lot of biodiversity issues that need informed management interventions to address the apparent threats.

Even the IUCN itself mandates greater conservation attention in South Asia during this time of the COVID19 pandemic. Given the intensity of the pandemic, it has largely impeded fieldwork-based biodiversity research and education significantly. As we ponder how to get along in this new normal, biodiversity researchers in India are finding opportunities for the way forward. Having completed my master’s at the time of the pandemic, I could relate the challenges of field research that Ram Vilas Ghosh, a PhD scholar at the Kerala University of Fisheries and Ocean Studies, pinpoints as I interview him. Ram is the lead author of a recent research article on the impacts of biodiversity research in India published in Biological Conservation.

Ram holds a master’s in Aquatic Biology and Fisheries from the University of Kerala, India. A marine biologist by profession, Ram’s current research is on gorgonians, commonly known as sea whips or sea fans, found in shallow water and deep oceans. Apart from his PhD project, which investigates the diversity, ecology, and evolution of gorgonians in the coastal regions of India, he is also part of four other projects covering its conservation’s socio-economic aspects. Funded by Rufford Foundation, PADI, and the Mohamed bin Zayed Species Conservation Fund, these projects are at various stages of their execution. Like most other field research, they are also impacted by COVID19.

Into the fourth year of his PhD., Ram’s research is now supported through the Second Rufford Small grant and not by his university. Though national educational institutes falling into financial crunches is nothing new in India, the COVID19 pandemic has forced many governments to channel their research funds into containing the virus. Many government universities have therefore withheld the funds, delaying many of the sanctioned research projects. With the pandemic situation becoming grim in India, he has a feeling that the Ministry of Science and Technology is encouraging applied biodiversity research more than any basic research. On the other hand, Ram finds the international organizations funding his projects more munificent in revising their deadlines and funds to facilitate biodiversity research during the COVID19 pandemic.

Inspiration to write the article

With the nationwide lockdown curbing all means of transport in India, Ram lost almost a year, having no ways to resume his PhD fieldwork spanning Mumbai, Andhra Pradesh, Odisha, and Tamil Nadu. Also, he had to stop his other projects halfway, pushing himself to request extensions for completing them. The story is not different for many of the early-career biodiversity researchers in India. With the pandemic restricting their mobility, leaving them behind their desks in a world of virtual education, it is imperative to document these researchers’ and students’ collective voices on the impacts of COVID19 on biodiversity research in the country.

Drawing on insights from the Voices of Youth for Oceans webinar hosted by the Department of Aquatic Biology and Fisheries of the University of Kerala in June 2020, Ram sensed the need to run a pan-India survey to study the COVID19 impacts on biodiversity research and the opportunities therein. Though the paper’s title reads ‘COVID19 impacts’, the ambiguity of the term ‘impact’ was reflected in the initial analysis. Therefore, they had to adjust those questions on the COVID19 impacts to get comprehensive responses covering both its positive and negative sides.

As a marine researcher, Ram could see some appreciable fish biodiversity changes as a consequence of corona-related trawling bans in different parts of the globe. Even as we acknowledge these improvements, many wildlife crimes remain lurking as the media overemphasizes the pandemic’s positive impacts on the environment. Illicit trade in endangered species has increased after the lockdown in India. With the lockdown limiting the availability of fish and meat in the markets, people are getting more into fishing and bushmeat hunting in rural areas, making them vulnerable to zoonotic diseases. Also, a lack of informed interventions in the context of increasing man-wildlife interactions could expose both humans and the wild fauna to newer strains of lethal pathogens.

Responding to my question if living in this new normal would help sustain our biodiversity, Ram replies, ‘’Water in the Ganges has become drinkable in many places, and our air quality has improved. But these are interim changes, things would, and are really getting back to normal as societies open up. We can’t sit back and relax upon seeing these changes’’. Also, he feels that the country lacks well-informed biodiversity legislation. ‘’Certain stakeholders are completely out of the picture,’’ says Ram, criticising India’s Wildlife (Protection) Act. It contains many scheduled species, which people are neither aware of nor consulted for their perceptions before appending them to the list. Harming or killing these species could summon severe penalties in India. ‘’People still take home many schedule 1 marine species without knowing that they have committed an offence as serious as killing a tiger’’, says Ram as he mocks at these glitches of the Act. As the pandemic takes a toll on biodiversity research, well-informed interventions would become improbable, tainting the country’s decades-long efforts to conserve its rich biodiversity.

Though the study has fairly covered the whole country, the representation of postdocs was low compared to masters or PhD scholars. Therefore, they could not conclusively say that researchers higher up the academic hierarchy are the most affected even though they are. ‘’Our survey found that biodiversity research is gender-neutral in India’’, replies Ram to my question if they found any gender bias in the analysis. Women researchers are more affected by COVID19 in other sectors, whereas both men and women are equally impacted in natural science.

Given the distribution range of marine species, marine researchers are more affected than freshwater or terrestrial researchers. Their research mostly needs inter-state and international collaborations costing a lot of money. COVID19 has further limited freshwater research in the country, which Ram feels are largely neglected in many states. It has also taken a toll on publications. But as studies get confined within our homes in a virtual world, researchers are showing interest to collaborate by sharing data, helping their counterparts communicate their findings to a wider audience by all plausible means.

Ram is critical about the under-graduate education in India as they are mostly classroom lectures over field-based studies. Unlike the PhD and postdoc researchers, the under-graduates are in no way affected by the pandemic as they have alternatives to cover up their missed lectures and practicals. He says, ‘’virtual learning is an opportunity to learn many things. It exposes students to newer and wider ecosystems through webinars and talks, which was not possible before’’. Even as we get along with virtual learning, there would be a paucity for practical field knowledge among students as they complete their education. But there is ample scope for students and researchers to collaborate in the virtual world, his paper being an example.

Though virtual training and internships do not provide hands-on experience to students, they cater to their practical needs for the time being. Also, students are utilizing the many data management courses offered by private institutes and foreign universities. Many recent graduates and experts have come up with workshops on data analysis for university students, offering personal assistance through WhatsApp and Telegram at cheaper rates. With the advance in artificial intelligence technology, Ram foresees immense prospects for citizen science in India’s biodiversity conservation. Ram is also working on another manuscript on the same series and environmental policies for the post COVID era. Research of this kind would help early career researchers identify the potential grounds of research progress and decide on their research domain in the future. 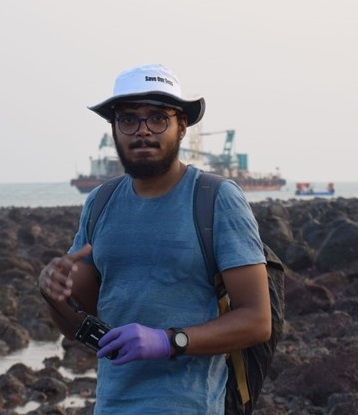 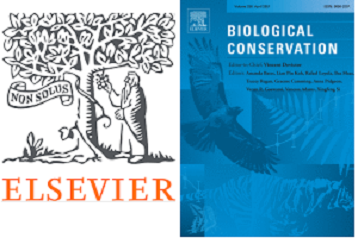 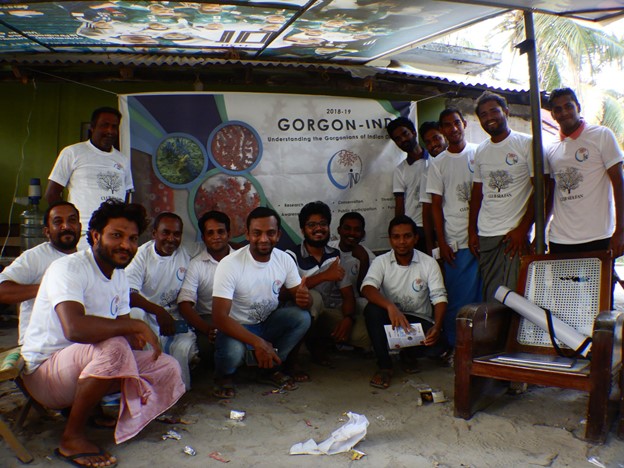