The chance to go to a music festival can be an exciting and formative experience for a young person. Seeing your favourite bands live, whilst camping in questionable conditions, can be unforgettable for a group of friends.

Most young people these days are also becoming increasingly aware of their environmental impact, making sensible decisions on a daily basis, to reduce their carbon footprint, and to improve upon their self-sustainability. This involves continuously implementing sacrifices into daily life, for the benefit of the planet. Unfortunately, choosing to spend part of your summer at a festival can be a huge strain on your overall footprint.

For this reason, many festivals this year have begun to take the extra step, to reduce their environmental impact. Roskilde festival, Scandinavia’s biggest festival, has been no exception in this.

For most festivalgoers, the experience will set them back a few thousand crowns (Danish currency; kroner), and perhaps a nasty hangover. For Mother Earth, the damage caused by the events can be far worse.

The most obvious form of environmental damage is waste. Be that a lack of, or incorrect form of, recycling, or simply dropping garbage at the side of a road. As concern over the planets condition grows, young people are increasingly taking up more and more responsibility in ensuring they produce less and less harmful waste.

At music festivals, these daily responsibilities are seemingly forgotten. Not only do people seem to think they can littler their used packages and beer cans all over the site, but they leave tents, clothes, bedding and camping chairs, which all usually end up in landfill, once the last note has been played.

Furthermore, the majority of food vendors and bars at large scale festivals often serve their food and drinks in disposable plastic and paper cups, which increases the amount of waste left across the site.

By far the biggest source of carbon emission comes from the exhaust fumes of the vehicles used by festivalgoers when arriving and departing the venue. With many festivals taking place in remote areas, individual car travel accounts for a significant amount of all modes of transport. Additionally, many people travel internationally to and from a festival, significantly adding to the CO2 cost by flying.

Obviously, as a camper, you are not using as much energy as you would at home, or as much as the festival organisers are. Traders and bars, however, require huge amounts of energy to run all through the day and night. Not to mention the late night and campsite DJ sets that run until the early hours. There is a lot of energy being used around the clock at festivals.

Additional services at festivals that are there to make your time as normal as possible, such as showers, phone charging docks, even hair straightening facilities, etc. are all features of festivals that are not essential to the festival but we, as consumers, have created a demand for it, and now it is what we expect.

What does Roskilde do?

In the 10 days from opening its doors, to the last guest leaving, Roskilde festival produces 2,200 tonnes of waste. That is more than 10% of the annual waste production of the city of Roskilde. Most of this waste is taken to incinerators post festival, after volunteers, who work in exchange for their tickets, empty the fields.

Without overlooking the hard work done by the team of dedicated staff and volunteers, collecting all of the waste in the weeks after the festival, shipping more than 2000 tons of waste for incineration is undeniably waste of resources. This is especially wasteful, considering that proper sorting could have ensured the recycling and reusing of many valuable resources.

Other initiatives consist of ReAct waste sorting parades and ‘bottle patrols’ that walk the camping area throughout the festival week to encourage and participate in waste collection and sorting. ReAct, in 2019, consisted of approximately 330 volunteers, and increase from the 200 volunteers in 2018.

In an attempt to prevent abandoned waste at the end of the festival, Roskilde has expanding the ‘clean camp’ areas, ‘leave no trace’, and ‘clean out loud’ in 2019. Festival guests in these camps are committed to participate in cleaning the camping areas in exchange for a pre-granted and secured camping spot.

Evidently, year-by-year Roskilde festival is increasingly taking preventative steps to sustain and decrease the level of waste produced. Unfortunately, this did not stop many of the campsites from resembling landfill, or even disaster sites, when the end of the festival came this year.

In an attempt to reduce the total amount of waste, Roskilde festival has stopped buying selected categories of single-use plastics that ultimately end up as waste. The most ambitious effort in 2019 is the change from single use beer and drink cups made of PLA bio plastic, to washable cups.

In previous years, Roskilde festivalgoers have used 1.9 million disposable cups made from bio-based plastic. In 2019, the new washable cups were made from polypropylene, and were estimated to have been reused 25 times on average. When a glass was no longer usable, it was sent back to the supplier, where the material was recycled for non-food approved plastic products. This means that no plastic was produced for the trashcan.

Industrial dishwashers at the festival were thus set up, and run by a team of volunteers. These mobile dishwashers have a capacity of more than 9,000 reusable glasses per hour.

The festival has also ceased to buy single-use drinking straws, except for a small portion reserved for people with disabilities.

One of the huge advantages of Roskilde is its accessibility. Roskilde festival can even boast to have its own train station, a service that runs from the central Roskilde train station (approximately 3 minute journey). From there, people can get a train directly into central Copenhagen in around 20 minutes. If the train service is not for you, shuttle buses also operate from the Roskilde main train station, to the main entrance of the festival, very regularly.

With such easy and accessible transport links to the festival, carbon emissions can be drastically cut, with less and less people driving in their own cars.

This is a huge advantage when compared to the majority of other large European festivals, which are usually based in rural settings. Unfortunately, as most of these attendees travel by car, getting to these rural festivals is the biggest source of carbon emissions for the whole event.

Like many festivals, Roskilde festival is increasingly becoming aware that the best way to improve upon sustainability is to improve the culture and awareness surrounding the issue.

Every year, the festival asks attendees which sustainability initiatives they have paid attention to during the festival. In general, it seems awareness on the issue has increased, but of course some initiatives gain more attention than others.

Waste abandoned at the Roskilde Festival camping area is estimated to constitute approximately 75% of the total waste generated. It is, therefore, of utmost importance that festivalgoers change their attitude, away from the common ‘buy and discard’ cultures towards bringing home and re-using camping equipment, if we are to create environmentally sustainable festivals.

Like most big European festivals, Roskilde is fighting the battle to self-sustain on multiple fronts. With many wide-spanning initiatives, hundreds of volunteers, and an expansive clean-up effort; the festival is seemingly making many concrete steps in the effort to reach their goal. However, the biggest hurdle is in fact awareness and education. Young music lovers are increasingly becoming aware of their own environmental footprint at home. It is important that these same people realise that these responsibilities should not be thrown out of the window, when they attend Roskilde.

Festival organisers, and environmentally conscious festivalgoers will hope that initiatives such as ‘clean camps’, ‘leave no trace’, and reductions in single use plastic will soon become the norm for large-scale European festivals, rather than the exception, and that young music lovers can enjoy themselves, without hurting Mother Earth.

Daniel Stabler is a DDRN correspondent based in Denmark 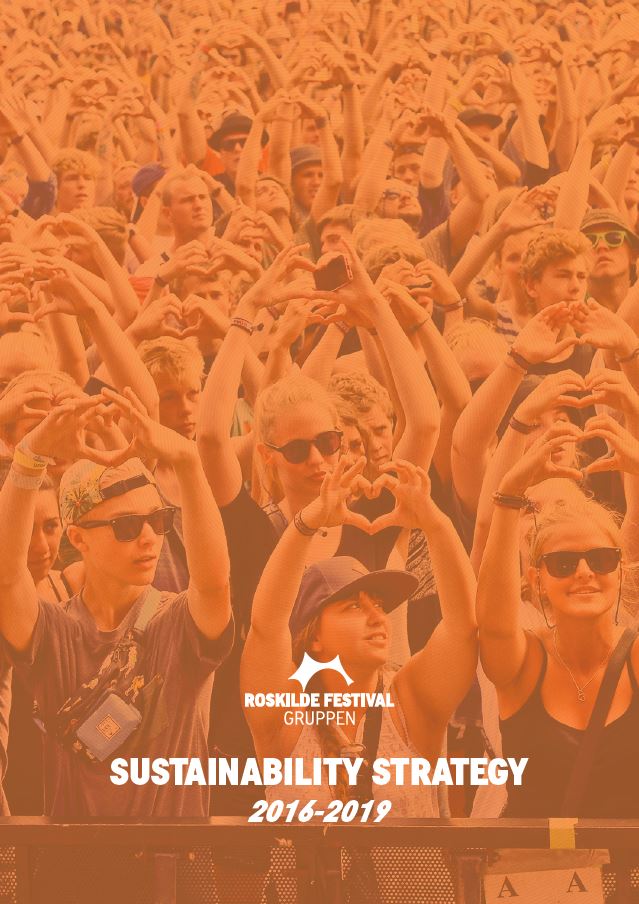