When the Amazon is on fire, one of the many species affected is the Pink River Dolphin

The pink river dolphin, the Amazon dolphin (Inia geoffrensis) has always been surrounded by magic to the indigenous population in the Amazon. It is dangerous for women to get near it when they have their period, as they could get mysteriously pregnant. Another tale is that the dolphin can convert itself into a man.

In an office, behind a wooden desk in the Colombian capital, Bogota, I met a serious and smiling man wearing glasses. Fernando Trujillo is a marine biologist with a huge amount of research in the Amazon – especially, about this particular river dolphin. He was only 19 years old when he began to dedicate his life to protecting and investigation this animal. And his passion for the dolphin has made many of the locals believe that the only explanation must be that he himself is an Omacha – a dolphin-man.

Then the Colombian scientist created a foundation to work with research and conservation of this species – and of the Amazon in general. Foundation Omacha, where he, today, is the scientific director.

Recently, an extensive report issued by the UN organization the Intergovernmental Science-Policy Platform on Biodiversity and Ecosystem Services (IPBES), stated that up to one million species are threatened with extinction. One of those species is the pink river dolphin. And the prevailing fires in the Amazon effect the dolphin and the aquatic ecosystems as well. But we will return to that.

It should be of worry that the dolphin is under threat because it acts as a kind of thermometer on the condition of the Amazon waters; essential for maintaining a healthy aquatic ecosystem, the rivers, lakes and flora and fauna in them. Situated at the top of the food chain, the conditions of the river dolphins reflect the general health conditions of the rivers. In other words, if the Amazon river dolphin is doing well: so is the Amazon. That means, when the dolphin has enough and healthy food for its survival, then there is enough fish and enough food for the fish as well. If the pink river dolphin is threatened – so is the Amazon. And if the Amazon is threatened, it affects the rest of the planet.

Working with the dolphins is a strategy to raise awareness in the population and with the politicians; about what is happening with those aquatic ecosystems in the Amazon. The dolphins generate great empathy in the general public and connect people with this type of problem.

The area around the Tarapoto lakes, in the Colombian border-area towards Peru, was declared a so-called Ramsar Sites in the beginning of 2018, as the only area in the Colombian Amazon. Ramsar Sites are wetlands of international importance protected by the Ramsar Convention. In the case of the Tarapoto lakes the site consists of more than 45,000 hectares. A very important step in the protection of the habitat of the pink river dolphin.

The Omacha Foundation is at the moment working on a project with satellite sensors on 28 pink river dolphins. “So, the dolphins are telling us, about which areas are important to them and how much they move from one moment of the year to another. We have been able to register that the Ramsar Sites, which have been designated within the last two years, are extremely important for the dolphin; they stay there. Also, the national parks are important to the dolphins. But only 16 % of the whole habitat of the dolphins in the Amazon is situated within a protected area. That means that those animals are really vulnerable”, explains Fernando Trujillo.

During the decades of working with the river dolphins, the lack of data of the species’ population has always been a recurrent situation. And obtaining data in the Amazon requires quite a big amount of adventurous spirit, time and patience. “We had to make expeditions on rivers and count dolphins. More than 35,000 kilometres of rivers in South America. That has made it possible to connect the information from all the Amazonian countries, which is essential to create a coordinated effort for conservation in the region,” says Fernando Trujillo. But doing this type of research is not cheap, and there is not always great interest in supporting it, Fernando Trujillo insists:

“There’s always lack of support and economic resources for this kind of work”, says Fernando Trujillo.

The Omacha Foundation has trained 430 persons to monitor Amazon River dolphins. And most important of all: Now the researchers have the numbers. In Brazil and Colombia, the populations of those species are decreasing rapidly. Fernando Trujillo worked together with the International Union for Conservation of Nature (IUCN) on recollecting scientific data on the specific species. As a result, now the pink river dolphin, Inia Geoffrensis, is listed as Endangered in the organization’s latest Red List. According to the registers, there should be around 60,000 of the species in the whole Amazon and the Orinoco-region. It might sound as a high number, but we are talking about a huge area of seven million square kilometres. Before being included in the red list, the IUCN had listed the pink river dolphins’ status as “data deficient”, because of lack of information about the species. The data is crucial to generate the best and most efficient protection of the species.

There are several threats against the Amazon River dolphin. Deforestation is one of them. That means that the actual situation with the fires in the Amazon – in reality, affects the aquatic ecosystems as well. How?

“The flooded forest is really important for its production of fruits and seeds. One acre of flooded forest produces 20 tons of seeds. When the flooded forest is burned down, there are no trees, no seeds, no fish and no dolphins. And it also affects the food security of the people,” explains Fernando Trujillo and continues:

“When the trees are burned down, and also leaves the riverbeds naked, it creates erosion and in the end that means less depth of the rivers, which affects the aquatic ecosystems”.

Perfect examples of the connectivity in those kinds of ecosystems. Everything is connected.

Other threats are fishing, and also, hydroelectric infrastructure destroying the connectivity of the rivers.

Also, mercury from small-scale gold extraction is a threat to the river dolphin. The Omacha Foundation has measured record high concentrations of mercury in the river dolphins, almost 4 mg/kg. The maximum limit of the World Health Organization (WHO) is only 0.5mg/kg..

But documenting negative effects of such important economic activities is not always welcome. “Scientific research, like this, can be controversial when it puts attention on economic productive activities in a region like the Amazon”, says Fernando Trujillo.

”The dolphins have permitted us to establish an index of the state of health of the rivers. We created a range of indicators to measure the state of health of the rivers in a study made together with WWF (World Wildlife Fund) and the University of Maryland. The only biological value we had was the density of dolphins in those rivers. So, with less than a certain number of dolphins, those rivers are considered little healthy. We’re going to try to incorporate that indicator in other regions in the Amazon,” says Fernando Trujillo.

In the Colombian part of the Amazon, the Amazon River floats around 116 kilometres and research from the Omacha Foundation calculates that there are around 340 pink river dolphins and that the number is decreasing. The perspective with the population of Amazon River dolphins in Brazil is similar.

As an action towards protecting the dolphins in late 2011, a local fisheries agreement came into force. Here, the fishermen in the Tarapoto lakes agreed among themselves what fishing equipment they should use – and that, for example, the use of nets is not allowed. They, also, agreed on how big the fish should be to be allowed to be cached. And the agreement has shown positive results according to the Omacha Foundation’s research: The average size of the fish has grown significantly, which means, more fish have come. Which again means more food for the river dolphins.

The marine biologist has also made an economic calculation about the pink river dolphin. What it is     worth dead (as bait for catfish), and how much it is worth alive as income from tourists visiting the area. They interviewed visitors and personnel from the hotel industry. And 94% of the tourists answered, that they are, overwhelmingly, visiting the area because of the emblematic dolphin. Part of the results were calculations – one single dolphin can generate as much as 20,000 US Dollars every year. And one pink river dolphin can live up to 45-50 years. A huge difference only from the economic perspective. And then there are all those “side-effects” to the rest of the Amazon:

“The dolphin and the jaguar have huge areas as habitat. Conserving those species, means conserving a huge area and many other species as well. A perfect reason to conserve the Amazon.”

Lise Josefsen Hermann is a Danish journalist based in Ecuador

15.1 By 2020, ensure the conservation, restoration and sustainable use of terrestrial and inland freshwater ecosystems and their services, in particular forests, wetlands, mountains and drylands, in line with obligations under international agreements.

15.5 Take urgent and significant action to reduce the degradation of natural habitats, halt the loss of biodiversity and, by 2020, protect and prevent the extinction of threatened species.

15.7 Take urgent action to end poaching and trafficking of protected species of flora and fauna and address 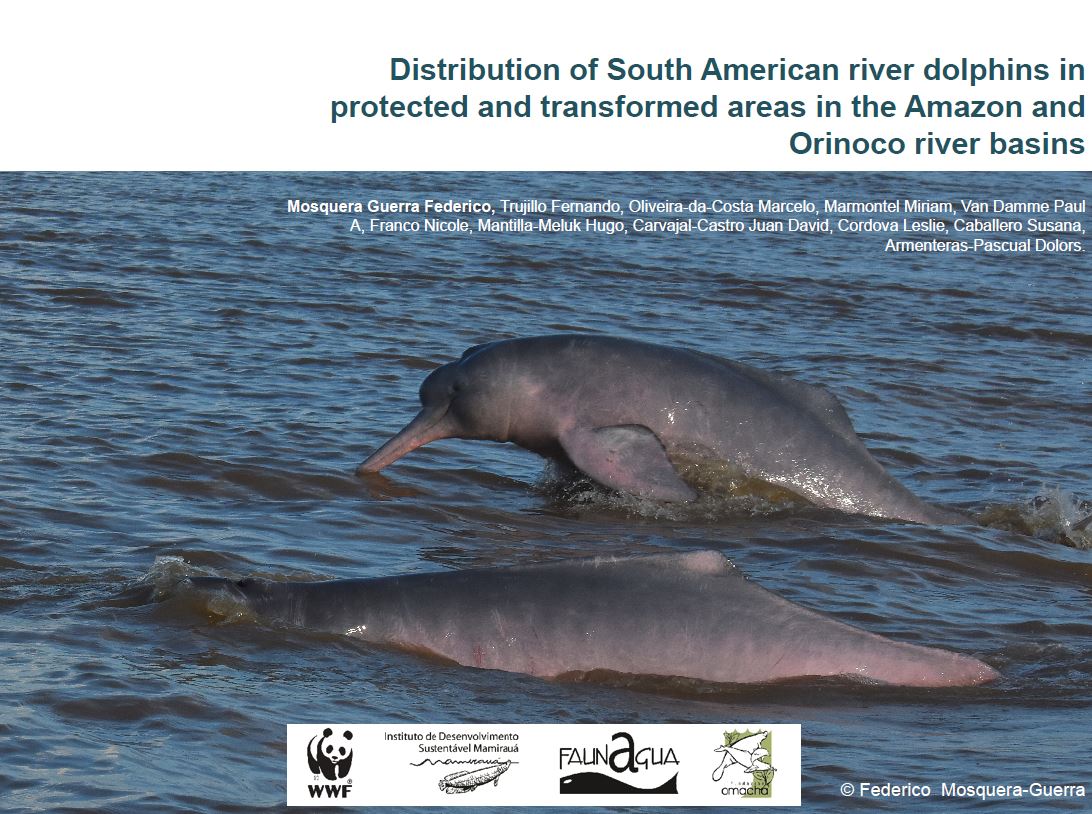 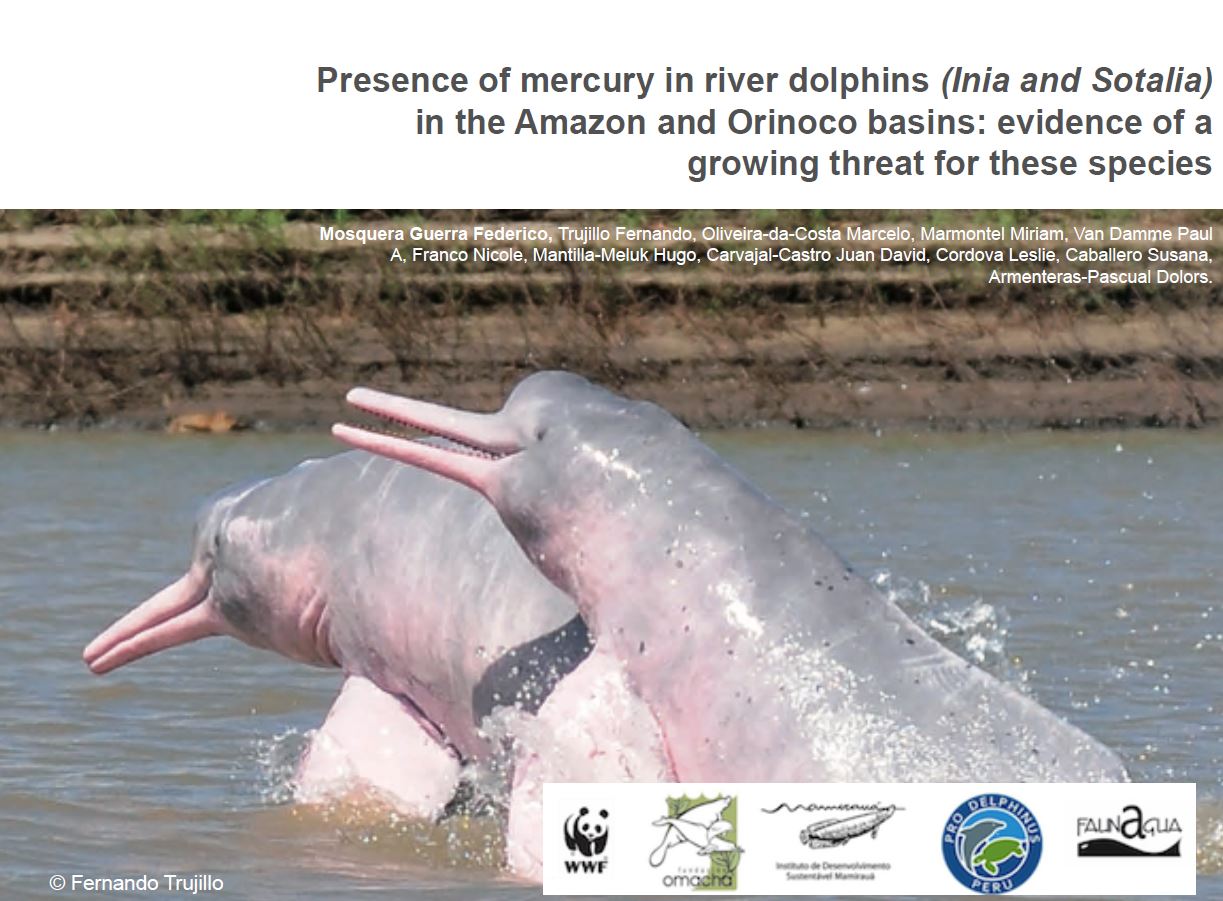 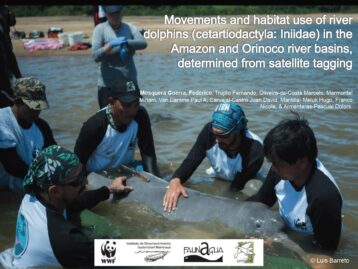 About the Ramsar Convention

Colombia names its first Wetland of International Importance in Amazonia