The UN Sustainable Development Goals (SDGs) have become widely accepted as the guiding principles in which actors strive for when embarking upon development-based work. Since their inception in 2015 they have become widely accepted by a multiplicity of actors. As well as governments civil society actors such as large businesses, development consultancies and universities all have adopted the SDG framework and state that all future work will be carried out with them in mind. But what exactly are the SDGs? and are there any gaps in the SDG framework which hinders progress?

How did the SDGs come about?

The SDGs were born at the United Nations Conference on Sustainable development in Rio De Janeiro in 2012. During this conference the primary objective was to create a set of universal goals which would tackle head on the burgeoning environmental, political and economic challenges confronting the world in the 21st century. These new set of goals would succeed the Millennium Development Goals (MDGs) which had guided development work since 2000. The MDGs heralded in an era in which a global effort was made to confront universal issues such as poverty and inequality. For the first 15 years of the 2000s the MDGs drove progress in numerous important areas such as reducing the level of income poverty, providing access to water and sanitation, lowering the level of child mortality and the improvement of maternal health. They also set in motion a global movement for free primary education which incentivised countries worldwide to make considerable investments towards the future generations. Significantly the MDGs also made significant progress towards combating HIV/AIDS and other treatable diseases such as malaria and tuberculosis (UNDP.org).

The SDGs would thus aim to sustain the momentum the MDGs had made in key areas such as poverty, inequality and health. On top of consolidating the progress which the MDGs made the new SDGs would bring in new aspects which would specifically address issues surrounding sustainability and the environment. Confronting environmental issues would be of paramount importance to the future fight. In this new fight the SDGs would bring new actors into the fold. While under the MDGs the fight against poverty was mainly the purview of the respective governments of the UN member states the SDGs were to incorporate global civil society. As such civil society organisations, citizens, scientists, academics and private sectors from across the globe were actively involved in the process of drafting the goals (Kumar, Kumar and Vivekhadhish, 2016).

After a period of prolonged consultation with the vast array of actors mentioned previously it was agreed that the SDGs would entail 17 goals and 169 targets. The goals are broadly speaking broken into 3 main categories. The first seven of the goals are largely just an extension of ones articulated in the MDGs, the second group (goals 8-10) revolves around inclusiveness e.g. jobs, infrastructure, industrialisation and distribution. The final seven fill the gaps the MDGs have in relation to the environment

So, four years later are the SDGs showing early signs of progress? and has there been any bumps on the road?

How do you measure progress?

One of the main critiques which has been directed at the SDGs is the lack of a clear methodology in which to guide and track progress of the goals.

Even though 169 targets were agreed upon to guide the implementation of the 17 goals many of these targets are purely qualitative which leaves much room for interpretation. With this being the case it is argued this results in weak implementation.

Indeed, results from a report by the Sustainable Development Solutions Network showed that out of 169 targets, 49 (29%) were considered well developed, 91 targets (54%) would benefit from being more specific, and 29 (17%) required significant work (Hák, Janousková and Moldan, 2016). The weaknesses highlighted were a poor alignment of targets and goals with current international and political agreements, lack of effective implementation and crucially a limited number of quantified targets.

On top of this worry over the targets concerns have also been raised in relation to the indicators. Analysts fear that the indicators already defined in the SDG framework have the potential to lead to insufficient tracking of progress. This potential problem for insufficient tracking is due to the fact that the SDGs are in themselves largely unquantifiable making indicators to track progress hard to come by. The sheer scale of targets set out in the SDGs, 169, means there arises a monumental task of monitoring and evaluating them. Even if they were to limit two indicators per target this would leave 338 indicators to be monitored. It is thus argued that having as many of 169 targets is like having no targets at all. Also, in order for them to be monitored effectively a large amount of data will have to be available. This is consequently problematic as the amount of data available in many of the countries is limited and, in some cases, non-existent.

As this is the case there is a great need for indicators in order to see if sufficient progress is being made. A clear methodology is also required.

In order to get an idea of how organisations work with the SDGs and their opinions regarding them DDRN conducted an interview with Rambolls Johannes Henriksson. Johannes is a manager at Ramboll Management Consulting in Sweden and has been directly involved in projects which work within the framework of the SDGs. Since 2018 he has been directly involved in the Challenge Driven Innovation Programme (CDIP) which focuses upon sustainable innovation. Over the past few years the programme has carried out numerous projects which aim to achieve what is set out in the SDGs. In particular the CDIP funds projects which aim to combine social benefit and International business potential.

Generally speaking he stated that the SDGs have been a positive thing and he does not view the qualitative nature of tracking progress as a negative thing. When it comes to the measuring of progress in projects carried out by the CDIP he explains that a qualitative approach is often carried out. He states that when analysing the success of a project they look at the system wide impacts. As the CDIP is working with thousands of different projects and has up to 30 project partners at different organisations he believes having many different quantitative targets and indicators would be counter-intuitive as it would then become a difficult task to monitor. So, by having a broader more systemic approach he believes this allows more flexibility which is more suited when there are numerous projects and actors present.

Even though he generally views the SDGs as a positive development he states there are some weaknesses to them. In particular he stated that the large number of goals and targets laid out within the SDG framework makes it difficult, if not impossible, to isolate and find connections with their own projects. This is because three different projects can sometimes relate to seven or more goals and dozens of different targets. With this being the case it then becomes very difficult to know exactly the domain of the SDGs you are actually working towards.

Even though the qualitative approach within the CDIP works well he believes incorporating some quantitative targets/indicators could complement the system wide benefits approach they currently use and over the coming years they are thinking of phasing in some quantitative indicators.

Colleagues of Johannes at Ramboll have already begun the process of creating more specific quantitative indicators. In order to create a system which measures progress specifically in the Danish context to the SDGs Ramboll created their own digital dashboard where they can track and compare progress in relation to the goals.

In collaboration with other actors Ramboll created a baseline study in which details are laid out to how they will supplement the SDGs targets and indicators within the Danish context. The baseline study was created specifically to how goal number 11 (Sustainable Cities and Communities) could be achieved.

To measure progress Ramboll’s dashboard will target Danish municipalities so that they can track the effects of their own efforts as well as compare themselves with other local authorities and also with national averages.

In the Baseline for the Global Goals in Denmark new supplementary indicators have been added to better fit Denmark. For target 11.1 (By 2030, ensure access for all to adequate, safe and affordable housing and basic services and upgrade slums) the UN indicator is the ‘proportion of the population living in slums, informal settlements or inadequate housing’. Denmark however has no slums or unsuitable housing to any significant extent. With this being the case supplementary indicators focus upon housing costs and on marginalised and disadvantaged groups in the residential market. Indicators such as the development in housing costs, number of homeless and the number of Danes in vulnerable residential areas have been added to better monitor progress in relation to Denmark’s effort towards creating sustainable cities and communities. When this data is then collected municipalities, all 98 of them, can then use Ramboll’s digital dashboard to track and compare their progress towards the goals.

Are the SDGs fit for purpose?

The success of the SDGs will thus stand or fail on their ability to accurately measure genuine progress. Without a proper methodology or adequate tracking mechanisms there is a risk there may become skewed or inadequate tracking of progress. The SDGs along with their targets and indicators supply actors with a dashboard towards sustainable development but it can be argued that this is not fully sufficient. In order for there to be genuine progress it is important that there is a dashboard to convey the overarching message however aggregate indicators are an important complimentary feature. Robert Costanza, a Professor of Public Policy at The Australian National University, uses a good analogy to illustrate this point. He states having a well instrumented dashboard for your car is important, but it is equally important that you know where you are going otherwise you will never reach your destination. So, efforts such as those by Ramboll to create a supplementary quantitative measuring mechanism and regionally specific indicators are important as this allows governments, NGOs and other development practitioners to know clearly what they are working towards and whether or not they are on track to do it.

Jack Reid is a Master student of International Studies, Faculty of Arts, Aarhus University, and a DDRN University student intern

“Our water depends on these places – and we still don’t understand well, exactly how”

Indigenous Knowledge (IK) and the new face of Uganda’s PhD

Challenge-driven innovation is an initiative that aims to solve social challenges that require broad cooperation to overcome. The solutions developed under the programme must make a clear contribution to one or more of the 17 Sustainable development goals laid out in the UN’s 2030 Agenda for sustainable development. Projects operating within the programme can tackle everything from climate change and health challenges to problems of inequality and the uneven distribution of resources.

Baseline for the Global Goals in Denmark Goal 11: Sustainable Cities and Communities 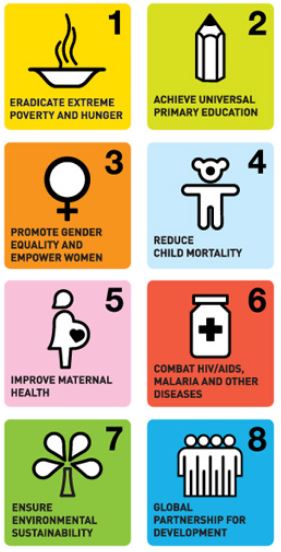 Centre for Economic and Social Rights. (2019). Indicators of success: how best to measure Agenda 2030. [online]. Available at: http://www.cesr.org/indicators-success-how-best-measure-agenda-2030 [Accessed 22 September 2019].