The Colombian hydroclimatologist Daniel Ruíz Carrascal is one out of only three authors to the Intergovernmental Panel on Climate Change (IPCC) from Colombia. He has dedicated his life to studying climate change, especially in the mountains and the páramos (the moorlands). And he is worried about the future – he doesn’t have a clue what will happen with those fast and important changes.

A few times during the visit at the picturesque national park Los Nevados in Colombia, we get a glimpse of the park’s glaciers. ”Take a good look. They are disappearing – fast. It’s so sad for me to see those majestic places disappear. I love going to the mountains – that’s why I’ve dedicated my life to studying them”.
Daniel Ruíz Carrascal (46) is both a hydroclimatologist and researcher at the International Research Institute for Climate and Society (IRI) at the Columbia University’s Earth Institute, as well as a professor and investigator at the Department of Environmental Engineering at the University EIA. He is, also, the principal investigator of the Hydroclimatology Team of the research group Investigacion en Gestion Ambiental at the University EIA.
“Look at the rainbow there. And there’s gold at the end of it, haha.” Daniel Ruíz Carrascal is referring to a nearby lake. This national park Los Nevados provides drinking water for 8 to 10 million people. That’s almost one quarter of the entire population of Colombia! But the ecosystem is under threat. Some of Daniel Ruíz Carrascal’s studies have found; temperatures in these kinds of ecosystems, the páramos, are rising almost as fast as the arctic. But that’s not the only threat – then there’s also agriculture and gold, which there is supposed to be a lot of around here. Gold or water? That we will return to later.

Daniel Ruíz Carrascal is a renowned scientist and one of only three authors of the next special report from Intergovernmental Panel on Climate Change (IPCC), which for the first time is going to include a chapter about the high mountains and tropical mountains – like those of this national park Los Nevados – and Ruíz Carrascal is leading author on that chapter.
The prominent Colombian researcher tells that the work he is doing does not make him exactly rich. And he has experienced several times – and tells about that it is normal that mining companies try to buy researchers like him, to make them stop investigations and get them to work for the companies instead, by offering very appealing pay. “They told me that they would solve all my economic problems. But I refused. It goes against all my values and interests”.
“In one way I do feel freedom to do the research I want to. It is of national priority in Colombia – climate change and the páramos. But it’s not enough. We are very clear about that we need to search for our funding abroad”.

In the national park Los Nevados, there is no mobile network; just a few spots, with mobile phones painted on stones, where there is supposed to be coverage. Daniel has an important Skype meeting with IPCC, but the group is not finished with recollecting plant samples and reading the climate stations for their studies of climate change here – for instance analyzing precipitation, soil, humidity and temperatures. “The mountains and this research are more important than any meeting,” says Daniel Ruíz Carrascal with a smile and red cheeks from the cold mountain air.

Daniel Ruíz Carrascal earlier did his PhD at the Columbia University in New York. “It was an abrupt change to return to my home country Colombia, where we have very few resources and only little support from the governmental institutions. The measuring instruments we had to buy little by little because we didn’t have enough money to buy them all from the beginning of the project. This is a personal passion for me. It’s about love for our natural surroundings. We just want to do the research, with or without the economic resources. That passion is what has made this research possible.”
In some ways the investigator feels freedom of research (the freedom to choose any research topic the given researcher finds interesting), but then again, not totally: “There are big environmental conflicts in Colombia. About mining, which is prioritized a lot – but what about resources for taking care of the water? The water should be prioritized a lot more than for instance coal or gold. This is a pain that everyone working in the mountains are feeling. Since we’re not investigating about the defined resources for the economic development in the country, it makes it harder to get economic support to keep on with our research”.
“There is a world of a difference between the way of doing research in South America and the US for instance”. The Colombian researcher shows a tiny brownish round thing, he just took from the ground. A rabbit shit. “This is what our project is for the US; They don’t value our work. It’s obvious that we don’t have the same economic resources”.
He recalls a conference in the US with different climate change projects from around the world. A colleague from the US was showing an amazing video with drone footage and videos shot from planes. Daniel Ruiz and his colleagues only had an old-fashioned poster and was inviting some cookies. “When we showed up with our rabbit shit it can be hard to make institutions and researchers, [from] elsewhere, to take us serious”.

Daniel’s father brought him to the mountains first, as a passionate mountaineer. But since the son started doing research about climate change, father and son reached some profound disagreements. Daniel has for a long time been interested in climate change and water and is extremely worried about the climate change we are facing on the planet. Therefore, together with his life partner, Daniel chose not to have children and bought a piece of land with the objective of planting 11,000 native trees. But his father is a climate change denier and does not believe that those changes are human made. “I am personally really worried about the situation with climate change. We honestly have no clue what’s going to happen. I have hope that the planet will survive this ecological catastrophe. And I hope, that humans will survive as well. But not people like me. I must be honest as a researcher – I don’t believe, that it will be possible to live here in the tropics in the future,” says Daniel Ruíz Carrascal.

The páramos are home to important flora and fauna, as for instance the spectacled bear, which also faces threat from the fast changes in the ecosystem: ”But the spectacled bear doesn’t sell as well as the polar bear. But these ecosystems are warming as fast as the arctic,” explains Daniel Ruiz. “We want to create attention about what’s happening in the tropics”.
The smiling researcher points at a big lake called the green lagoon. “That’s our nation’s treasure. We should take care of it”. But what is the nation’s definition of a treasure? Gold or water?

Lise Josefsen Hermann is a Danish journalist based in Ecuador

How much damage did your trip to Roskilde Festival do to the environment, this year? 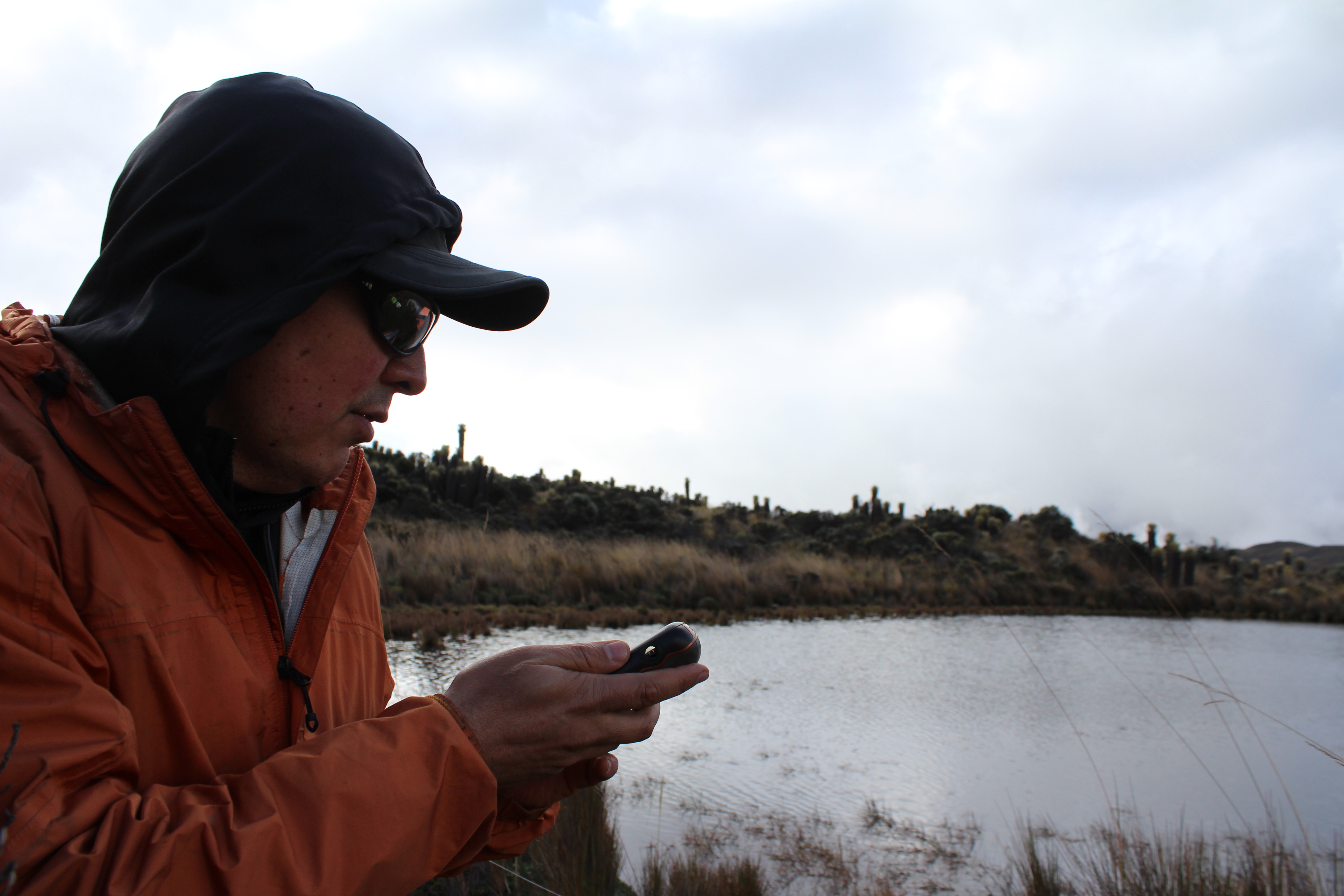 Now, scientists are racing to document Colombia’s rich biodiversity, which is second only to that of Brazil. In the process, they are rediscovering ecosystems that were largely off-limits. Earlier this year, more than 40 researchers launched a digital platform to collate information on weather patterns, species distribution and other indicators of environmental health across Colombia. Their goal is to predict how encroaching development could alter the country’s forests and other ecosystems — information that could shape policies on land use, water security and other environmental issues as Colombia adjusts to peace.

“We are in a way rediscovering our country,” says Daniel Ruiz Carrascal, a geoscientist at the Antioquia School of Engineering in Medellín.