Council for International Conflict Resolution (RIKO) is a non-governmental organisation founded in 2009. It is a think tank working for a resolution of international conflicts and crises based on non-military and non-violent conflict resolution principles. The objective is to define alternative policies to those wars, in which Denmark has been and still is involved. RIKO is working with the approach of International Conflict Resolution about which RIKO published a book in 2016 (in Danish only).

RIKO insists that Denmark, primarily should take on the role as intermediary and mediator between parties in international conflicts. With the membership of UN, NATO, the Nordic Council and the European Community, Denmark should – through pro-active and activist diplomacy – seek dialogue, exchange and other non-military conflict resolution methods.

The above should be the most prominent elements in the foreign policy behavior of Denmark and the guidelines for the Danish attitudes towards international matters.’

In March 2017, RIKO published a report detailing how a sustainable Danish foreign and security policy can be formed. First, the policy needs to be guided by visionary principles such as:

The concept of confidence

Sustainable security is centred on the concept of confidence. International relations among nations have to be built on confidence as much as possible. Conflicts and problems have to be managed and solved through negotiations, mediation and common institutions. For instance, the relations among the five Nordic countries are based on confidence – cooperation, negotiations and common institutions – and within the EU, too.

In cases of relationships such as between the West and Russia, or Saudi Arabia and Iran, where both parties feel threatened by the other party, it is necessary to de-escalate and work for relaxation of tensions. It is done by confidence-building measures – contacts, agreements where possible, mediation by others, mutual agreed arms control or disarmament measures.

To start building up arms against each other do not help – problems are only solved through diplomatic means, and arm build up are just a way of avoiding dealing with the roots of the problems or dealing with the symptoms.

Conflict resolution is a part of the non-military approach to sustainable security. A conflict is normally defined as an incompatibility in goals between two or more parties. International conflicts (between states) or internationalized conflicts (between parties in the same country (civil wars)) are most often more complex than conflicts between individuals or groups in a national state. Internationally, there are other factors – often more parties and more interests, international governmental organizations, international law, parliaments and curious media. In addition, there are internal institutional interests e.g. the army, business. The parties can be asymmetrical in power and resources (e.g. Israel-Palestine).

“A Marshall Plan for Africa”

Stronger Nordic cooperation within political as well as the economic area could strengthen the Danish foreign policy. Especially, within development cooperation it could help realize for example the German project “A Marshall Plan for Africa” – the idea being a massive assistance to help solving the root courses for migration and helping a dynamic development so Africa can cope with its future demographic challenges. Replacing underlining the military build-up (e.g. 2% of GNP to NATO) with economic development assistance. The shift to a higher degree of cooperation with our neighbouring countries could also give a democratic and human rights element to international relations – which would not be met with the new American administration or Britain with its problems with Brexit. A new impetus from a renewed Nordic/North European strength should also go into building up and strengthening conflict resolution capabilities to deal with international conflicts, especially in Middle East and Africa, so negotiations, mediations, economic assistance play a much bigger part instead of the present military-oriented strategies of USA and NATO.

Unfortunately, the Danish diplomatic service has been cut drastically the last fifteen years. Compared to for instance Norway’s Foreign Service – Denmark uses only half the amount. Professor Martin Marcussen, University of Copenhagen, who has documented this, stated “… diplomacy is one of the cheapest foreign policy tools. One can run the whole Foreign Ministry for two years for the price of one Joint Strike Fighter-airplane. It (diplomacy) is extremely cheap.”  Ambassador Taksøe- Jensen writes and documents in his official foreign policy report from 2016 the same drastic reduction of the Foreign Service. It means that Denmark cannot meaningfully participate in many relations within international organisation and nation states via Danish embassies. Preparation, research, contacts are not being done, only the most important services. Therefore, the Danish diplomatic service has to be restored. 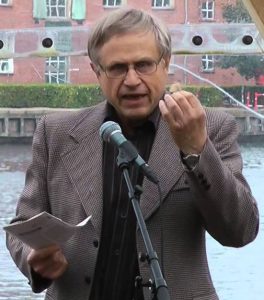 Jørn Boye Nielsen is a member of the Board of the Council for International Conflict Resolution (RIKO). In June 2017, RIKO for the first time joined the annual People’s Political Festival (Folkemødet) on the Danish island of Bornholm. Since 2012, Bornholm has been the venue of the festival during four days in the month of June. The inspiration came from Almedalsveckan, a political event in Sweden.

In the RIKO tent, a discussion on the concept of peace kick started the program. Over the weekend, invited speakers and the audience debated, e.g. a future Danish foreign and security policy, the UN Sustainable Development Goals. And a model mediation on the the Israel / Palestine conflict was tried out between two politicians of Parliament: Nikolaj Villumsen (Unity List) and Søren Espersen (Danish People’s Party). Among the panel discussants were René Gade, MP for the Alternative Party, and the incoming Secretary General for the Danish Refugee Council, former Minister for Development, Christian Friis Bach.

Thus, RIKO managed to communicate its approach to international conflict resolution to the many visitors in the tent.
The People’s Political Festival offers a wide range of open meetings organized by all kinds of organisations and institutions. All political parties in Denmark are present, along with a good deal of Danish institutions, Danish NGO’s, private foundations, interest and lobby organisations. In addition, the number of activities is huge - 3,202 events in 2017 - covering practically any issue.

Why don’t you plan for joining the festival next year 14-17 June 2018? Most events are in Danish, but some will be in English. Check out the program for 2018.

Jørn Boye Nielsen recommends that you make up your mind why you are going there. You may want:
• To listen to some of the many meetings
• To present your message, or information you want to spread – if you do that, you need to have a tent – it has to be rented and costs including everything (smallest tent) with loudspeaker, microphone etc. are about DKK 40.000.
• To meet and contact important people – all the politicians are there, foundations with money, leaders of many big institutions and NGOs

A few drawbacks:
• It is very expensive to pay for board and lodging for four days. It does not cost anything to enter the venue of the festival. If you have friends or family, better stay with them. Or you can bring your tent – the event is in Mid June.
• The big institutions and private interest organisations have huge tents often with the best speakers. Clearly, there is some class difference in terms of the size of the tents 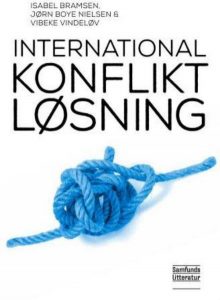