“People expected political transformations and democratisation in a second”

In January 2011, Mostafa Shehata defended his Master’s Thesis on political mobility in Egypt, at his hometown university in Menoufia, between Cairo and Alexandria. On January 25th, a few weeks later, Egypt experienced a number of civil uprisings that shook the region – what was later termed the Arab Spring, which brought forward the hope of political and socio-economic transformations.

The revolts in Egypt, were inspired by the so-called Jasmine Revolution in Tunisia, which by the end of 2010, had started a chain reaction of uprisings in the Middle East and North Africa.  A part of which we are still witnessing the second wave of today, in Sudan, Algeria, Iraq and Lebanon.

On the 14th of September 2018, Mostafa defended his PhD Dissertation: “Newspaper and Social Network Sites in Egypt After the 2011 Revolution: Connective Action, Communication Power and Mediatization of Politics”, at Roskilde University (RUC) in Denmark.

Here Mostafa could confirm that the internet and social media played a vital role in mobilising civil society before and during the uprisings. He could, however, also conclude that the different media platforms, which fast became normative for political mobilisation and activism, could not sustain long-term transformations and engagement. This ultimately led to public frustration and what Mostafa calls political stagnation.

“Media can provide a good space for mobilisation for a specific amount of time. But in the long run, you will need strong presence ‘on the ground’, and organisations to support your mobility and your movement”.

After finishing his PhD, Mostafa Shehata got a post-doc position at the University of Copenhagen’s Department of Cross-Cultural and Regional Studies, where he is currently part of a multi-disciplinary collaborative project: Mediatized Diaspora. In this project, he is working on transnational media and contentious politics among Arab diasporic communities in Europe, with a special focus on the Tunisian diaspora in Denmark, Sweden and France. When his work in Denmark is done in the near future, he is going back to teach at Menoufia University, which is waiting for him.

After getting a scholarship from the Egyptian Ministry of Higher Education, Mostafa started a PhD in political communication at Roskilde University in May 2014. He had been working at Menoufia University from 2006 to 2014 and he had, as an ambitious student with good grades, a dream to enhance his skills abroad and to bring the obtained qualifications back home to Egypt.

According to Mostafa Shehata, the education system in Egypt, despite its long and deeply rooted educational traditions, lacks in quality at some parameters, as a result of a declining contemporary political focus on the education sector.

“I have been in Denmark for five years, and I like it very much. It’s a nice opportunity to engage in an international community through the Danish universities I have been involved with. I got to travel to several countries in Europe and abroad. It has also been a good chance for academic networking, because I come from a society that’s a bit more conservative”.

“The head of the department and my supervisor were amazing. They fast reviewed the PhD plan, conducted two initial interviews, helped me with changes and we made a research plan. That is why I came to Denmark. Roskilde University was fast and efficient, and I learned many things from RUC, which I will never forget”.

For Mostafa Shehata, Roskilde University was a very important stage in his academic career. He managed to strengthen his knowledge of qualitative studies, which is not the focus of media studies in Egypt. He further had the chance to study political communication from deeper perspectives, which helped him understand the media environment in the Middle East, and how it can support or hinder, a democratic transition.

“As a dynamic and very flexible research environment, Roskilde University provided me a good chance for interaction with several universities and research associations in Europe”.

From political stagnation to political mobility, and vice versa

When Mostafa Shehata began tuning in on the research theme and approach of his PhD, it felt natural to proceed in the same direction that his Master’s Thesis and his work at Menoufia University had revolved around. While Mostafa’s Master’s Thesis was driven by the expectations that something transformative was about to happen in Egypt, his PhD Dissertation looked into the role of the media for political mobilisation in a post-revolution scenario.

“Many scholars were very fast to say that social media changed everything, and that the internet is more powerful than the government. This was a too fast judgement, of for instance the influence of political mobilisation through Facebook over time”.

While Mostafa saw a clear tendency of an increasing political engagement and activism via the internet and social media platforms, before and during the revolution – also among the youth in Egypt – his research showed that people’s political engagement slowly started to decline after the Arab Spring, as a result of powerlessness and frustration. People fought for both political and economic reforms, but not many promises of change have been kept by the governing entities to this day.

“The population was aspiring for something to happen fast. People expected political transformations and democratisation in a second, after the Arab Spring. But it takes time to move from an authoritarian regime to democratic society – it’s a long process.”

Mostafa, argued that the political revolution brought forward an immense amount of both national and regional coherent and isolated events, which by their complexity blurred the actual manifestations of societal change. Another problem for establishing change, lies in the fact that both political actors and civil society lack experience in mobilising beyond internal confrontations. Many years of political authoritarianism can be blamed for the struggles towards democratisation. Mostafa is, however, optimistic about the development in the future.

“I think that step by step there will be a way for democratisation in the Arab region. Eight to nine years after 2011 – people haven’t forgotten”.

The political landscape in the post-Arab Spring countries is, as seen historically in the region, affected by a division between Islamist and Secularist movements. Mostafa Shehata explained how there is an uneven balance in political organisational experience between the two wings.

“Egypt has suffered under authoritarian regime since 1952. There has been no real chance for the public for political participation. The Islamist actors are deeply rooted in society and they are stronger organisationally than the Secularists. Despite that the Islamists were overthrown in Egypt in 2013, their seeds and roots are still in the ground”.

In relation to Mostafa Shehata’s post-doc research on Tunisia, he emphasised that the 1989 Parliamentary Election in Tunisia, was a turning point for the relationship between the state and the Islamists. The Islamists challenged Ben Ali’s (President from 1987-2011) regime at the election, and he turned against them. Thousands of Ennahda members (major Islamist movement in Tunisia) were jailed and others fled out of the country, and began to use the diasporic communities as a place for political opposition.

“Islamist got to learn the lesson the hard way, and many left the country to Algeria, Sudan, Syria, Lebanon and Europe. It, however, gave them experience to organise themselves, and to deal with political challenges. The Islamists also developed diaspora organisations – later also over the internet – so they are way stronger organisationally”.

On the other hand, the Secularists suffered divisions after the 2011 revolution, which for instance, allowed the Islamists to win the majority of the votes in the 2019 Parliamentary Election. Nevertheless, the political scene reflects a mistrust to, and within both actors, which have taken turns in power after the revolution.

Mostafa Shehata spoke to a young man (one of his informants) from the Tunisian diasporic community in Sweden who, based on the economic situation, corruption and unemployment in his home country, said: “Tunisia is gone, and it will never come back”. Mostafa further explained how this increasing political distrust, has led to vast Tunisian emigration over the years.

At University of Copenhagen, Mostafa Shehata has joined a research team working on the project Mediatized Diaspora, which addresses how four Arab countries’ diasporic communities (Tunisia, Egypt, Bahrain and Syria) have interacted with transnational media and politics.

This project sheds light on how media can provide opportunities for immigrants to engage in politics in their homelands and countries of residence.

Mostafa Shehata is himself, with help from social media and the internet, in contact with his family and friends in Egypt every day, and the diaspora communities are in the same way engaging both politically and privately.

“People became close due to social media and the internet. It has allowed people to maintain their mainland identity. There are more platforms than before, and so many sources of information – you have the whole society by your hands.”

The situation in Tunisia brought a short life span for political parties. New coalitions are constantly shaped, also in the diasporic communities, and their contributions to the transition processes are diverse. According to Mostafa, post-revolution Tunisia will undergo a gradual transformation regarding its political identity – towards conservatism, as a result of the rise of influence of Ennahda.

To give something back to Egypt

The main reason for Mostafa Shehata wanting to do his PhD abroad, was to go back and teach at his home university and thereby to give something back to Egypt.

“Egypt has some good education programs, one of which is the ‘Scientific Missions’ that has been existing for more than 200 years. In the beginning of the 19th century, Mohammad Ali of Egypt began to send students abroad. The program is still active – both on Master’s and PhD levels, and the hope has always been that the participating students will go back to contribute to the development in their home country. A lot of the participating students have, over the years, contributed to the modernisation processes in Egypt, and the establishment of a modern country”.

Even though Mostafa Shehata has visited Egypt regularly during his five years in Denmark, he is looking forward to going back to work and to pass on the skills that he has obtained in Denmark.

“I am going to start a new job as a lecturer, equivalent to assistant professor in Denmark, at the Mass Communication College at Menoufia University. I will also pursue my research on political communication. The aim is to cooperate with my Egyptian colleagues for using and developing some new approaches in media studies”.

“We need to spread our knowledge” 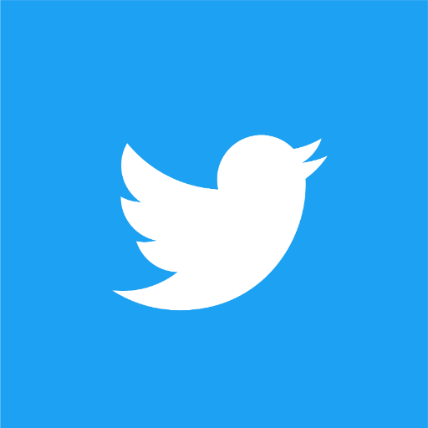 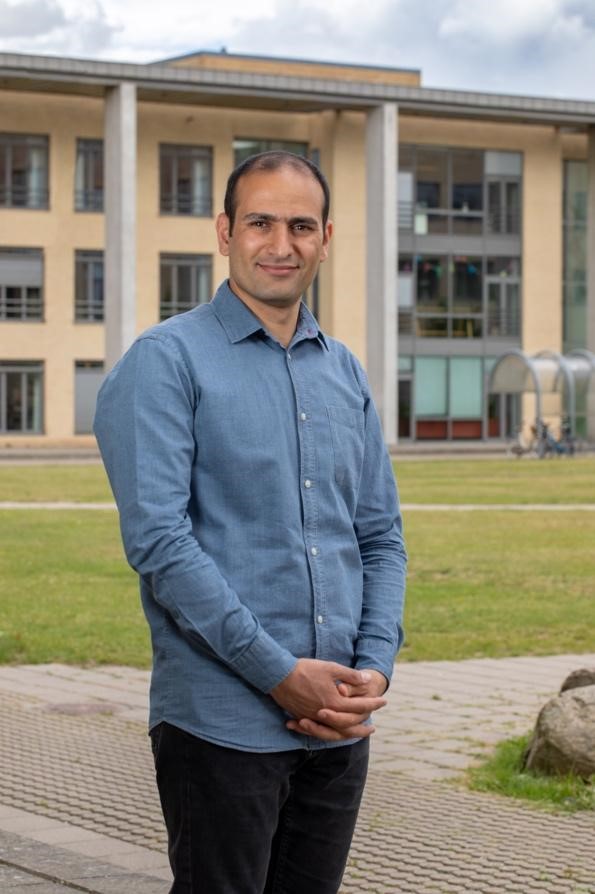 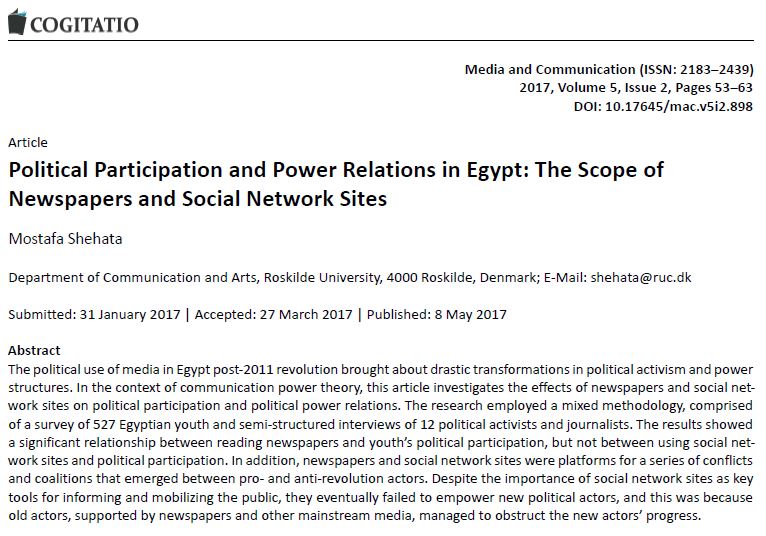 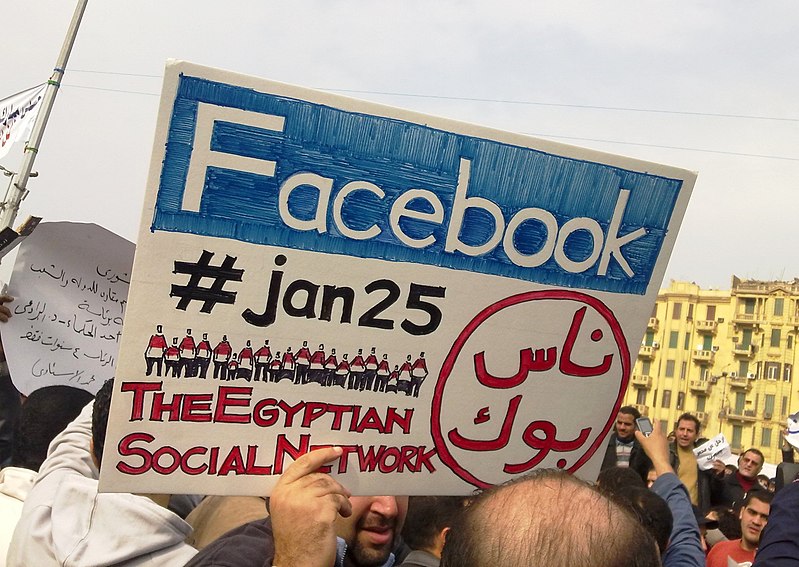