Researcher Abdel García from Humboldt Center, one of Nicaragua’s most renowned environmental institutions, is passionate about involving local population in climate change adaptation research. “In the near future Nicaragua as a country where people live, might stop existing,” he fears.

The heat is overwhelming. La Grecia, is a small village located in the Chinandega-department in the North-Western part of Nicaragua. The farm belongs to the small subsistence-farmer Blanca Landero Betarco (60), who mainly cultivates beans, rice and wheat, so-called basic grains. But that becomes harder and harder. With still more desertic temperatures and unpredictable rainfalls, new methods and approach to food-production is necessary. Today Abdel García from the Humboldt Institute is visiting Blanca. He’s coordinator for the organization’s climate change team, that’s involving farmers like her in measuring the rain to improve their ability to adapt to the situation caused by climate change.

One of the world’s most vulnerable countries to climate change
“There is little knowledge about these phenomenon’s that are destroying our possibility for development. Knowledge on climate change used to be a detail in the historic memory of people, but there were no studies. But having observed that the climate is acting strange, we felt a need to study it.”

With a specialization in agro-climatology Abdel has been working in the Humboldt Center, one of the most renowned environmental organization in the country, for 15 years.

Not for nothing, the area is called The Dry Corridor. The Central American Dry Corridor is a tropical dry forest region stretching from the southern Pacific coast of Mexico to Panama. The most vulnerable parts of the Dry Corridor are Guatemala, El Salvador, Honduras, and Nicaragua. The region is known for its irregular precipitation and is one of the world’s most susceptible regions to climate change. According to the Global Climate Risk Index 2019 from the NGO Germanwatch, Nicaragua is one of the most vulnerable countries to climate change, in the world. And it’s the poorest country in Central America.

According to info from the Humboldt Center, in 2016 the strong drought meant, that 90 % of the corn production didn’t result and around 60 % of the bean-production. In their recent measures from 2019 there were found high temperatures with maximum temperature of 40 ° C in Chinandega and an apparent temperature of 43 ° C. It’s variation of 0.5 ° C to 1 ° C compared with previous years.

“In the Humboldt Center we think that there’s permanent drought in the Dry Corridor – it’s not a passing phenomenon. What we see is actually a desertic climate, “ warns Abdel García.

“Often this kind of knowledge is in the hands of scientists, not understandable for everyone. But in the Humboldt Center we think differently and have established community networks of people to observe these conditions, because they are the people in the territory needing the information.”

Even though the organization has been working with the method, called local climate monitoring, for years, they are still trying to figure out how to predict in the best way, the timing and amount of the rainfall, to avoid that the farmers make decisions about when to seed and harvest, uninformed.

The climate in the area is becoming more extreme, Abdel García explains: “If we earlier had around 100 days with rain, today we’ll inly have 50. And that affects the agricultural production strongly. The plants simply can’t develop under those conditions”.

In the Dry Corridor there are normally two opportunities a year to seed and harvest. “But the last ten years, there has only been one. And we still haven’t understood, when we should go for the first or the second one. By not having regular rainfalls, it means, that the farmers can’t plan when to seed and it harms the local economy”, explains Abdel García.

The community monitoring is not only about accumulating facts, but about teaching the people to analyze the facts and then give advice in their communities.

“During the agricultural circle we have a series of indicators and alerts, to know if the harmful conditions for their plantations are to happen and prepare for it. We have identified an important indicator which is the entrance of rain to pay attention to, when it’s been raining enough to make the soil humid, so that the plant can grow safely”.

Not just a professional fight
To talk about climate change migrants is getting still more common for a broad range of international institutions. Recently the World Bank warned that Mexico and Central America would have four million climate migrants till 2050: “Migration is very much related to climate change. People escape from areas where the heat is just unsupportable,” says Abdel García.

Not only for Abdel García as a researcher, but as a person, father, family member and friend – he is passionate about climate change:

“With the information I have access to I understand, that the situation is getting really complicated. I’m worried about misinformation among my friends and family. They think I’m this strange guy who wants to take care of the water. This isn’t just a professional fight, it’s a fight in our surroundings. But people lack information, and sub estimate this. It really worries me. If we don’t act intelligently, more people will die because of this and we will suffer even more from poverty,” the frustrated researcher tells.

Nicaragua has the past year experienced an intensified humanitarian, political and socio-economic crisis. A situation that reinforces the problems the country is already struggling with. Like climate change.

“This means, that we’re not paying attention to environmental problems or food-production problems caused by climate change. And while these political problems are distracting us, we’re compromising our own and our children’s future. I worry that in maybe 50 years, we won’t be talking about Nicaraguans. No-one would any longer be living around here, because here won’t anymore be conditions for living”, says Abdel García.

On the road towards the perfectly climate adapted wheat 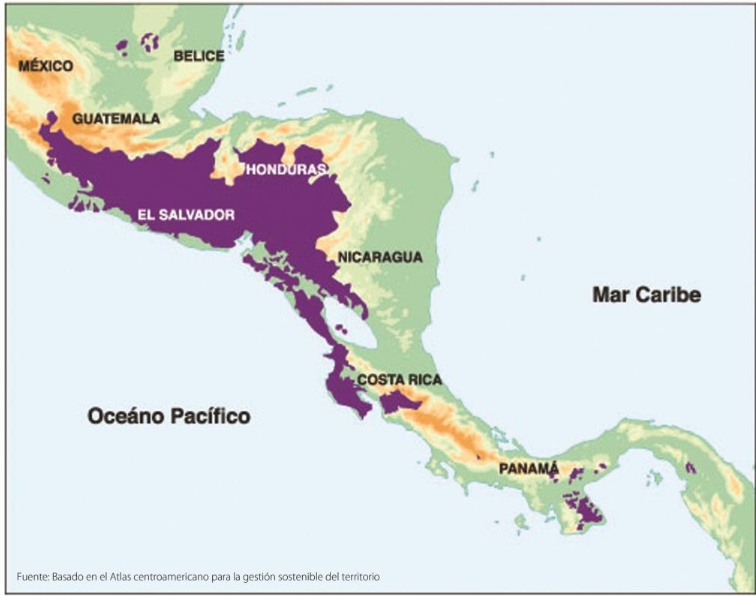 Chronology of the Dry Corridor: The impetus for resilience in Central America