Illegally accessed resources comprise an expanding, billion-dollar sector in many sub-Saharan African countries. The new project is focusing on illegal gold mining in Ghana. It rejects the overarching perspective that illegality is antithetical to democratic state power. Instead, it positions illegality at the centre of the analysis in order to deepen and redefine knowledge of how illegality transforms state formation. Zooming in, there are two significant knowledge gaps. First, there is a need to conceptualize governance as comprising simultaneous processes of legal formalization and illegal informalization. Second, empirical data on the implications of illegal extraction for power, authority, and political-economic development across state and society, are missing.

Paul Austin Stacey explains that “conventional knowledge shows that the principle of the rule of law is fundamental for successful democratization and development. However, we can observe that economic and political power related to illegal extraction does in fact contribute to the stability of government institutions and democratization. The conventional view is to consider these two processes as contradictory.”

The project investigates the role the widespread, prolific, and sustained illegal extraction of a single commodity, gold, plays in the shaping and production of state consolidation and political institutional stability in an emerging African democracy, Ghana – a country that ambivalently experiences burgeoning challenges from illegal mining while also experiencing increasing political stability and an institutionalisation of formal governance.

Paul Austin Stacey wants to investigate how governmental, non-governmental, public and private actors permit and support access to areas with illegal mining, and at the same time legitimize extraction and redistribution of gold from illegal mines. These practices contribute to challenge and change several the objectives and authority of several formal government institutions.

Thus, the project undertakes a political-economic analysis of the role of diverse elite and non-elite stakeholders, across different statutory and non-statutory institutions to comprehend the role informal governance and illegal extraction play in the attainment of broader political-economic stability. This will provide original explanations of relationships between illegality, democratisation, and state consolidation.

Ghana provides excellent empirical contexts to develop the state of the art. Illegal gold extraction is prolific in all of the country’s regions, and nationally comprises a multi-billion dollar ‘sector’, supporting an estimated 1.1 million people, and producing a substantial 23% of the country’s total gold annually. Clearly, illegal artisanal gold extraction undermines statutory rights to land, citizenship rights, and the formal authority of local, regional, and central governmental institutions through encroachment, civil unrest, and long-term settlement.

Yet at the same time, the state purchasing institution in Ghana – the Precious Minerals Marketing Company (PMMC) – tacitly supports illegal mining by not distinguishing between legal and illegal mined gold. Meanwhile, Ghana is also; (i) widely recognized as a relatively peaceful and progressive, middle income country with increasingly stable political institutions, and (ii) pursues ambitious and ostensibly successful and inclusive programs of land titling and local government reform.

This will enhance and develop theory and concepts concerning the potential role illegality plays as a stabilizing force in political-economic development and institutionalization processes. It is recognized that state institutions in many Global south countries are dependent on illegal and illicit economic activities for survival. But the broader state formation implications remain understudied and under theorized, and existing theoretical standpoints do not provide adequate explanations about prolific illegal resource extraction at the confluence of structure, institutions, and agency across multiple societal dimensions, and how such extraction relates to processes of political-economic stabilization and democratization.

The project will run for three years from January 2021 and will work closely with leading Ghanaian scholars of natural resource governance. 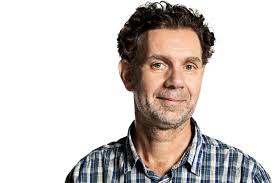