The Independent Research Fund Denmark – Humanities has granted DKK 1.2 mill. to an international network of researchers, who will explore how young people in West Africa navigate streams of information in crises of security, health, and migration. The network is initiated by Associate Professor Heidi Bojsen, Department of Communication and Arts, Roskilde University, Denmark, and political scientist and prize-winning journalist Ismaël Compaoré, DroitLibre TV, Ouagadougou, Burkina Faso. It includes faculty from Belgium, Burkina Faso, Mali, Niger, Sweden, and the US, and also the NGO, International Media Support (IMS) based in Denmark. The objective is to form an independent platform, by which Danish, European and West African sociologists, anthropologists, media and culture researchers, as well as media workers can share knowledge and develop new theoretical and methodological tools to understand how media are being used and the role they play during complex crises.

The populations of West African countries are going through terrorism, a health crisis and migration. Sixty per cent of the people are below the age of 24 years. Massive unemployment inhibits young people from starting a family and build their future. Everybody is struggling to survive and make money. They may be easy targets for disinformation and fake news about the prospects of success in Europe, which migrants, religious groups and criminal gangs circulate. In this infodemic printed and electronic media are under growing pressure in struggles about who has a narrative which can gain popular support.

Currently, there is no independent platform for Sahelian scholars and their international colleagues to carry out scientific analysis of these problems together. On January 1, 2021, Associate Professor Heidi Bojsen will launch an interdisciplinary and innovative research environment comprising junior and senior scholars with expertise in media and the complex security crisis in three West African countries, Burkina Faso, Niger, and Mali in the Sahel. Sixteen junior and senior researchers participating from universities in Bamako and Segou in Mali, Ouagadougou in Burkina Faso, and Niamey in Niger will be joined by  ten colleagues from other countries who will contribute with sparring, presentations, and reviews, etc. Also, in addition to universities from the three Sahelian countries, the Centre National pour la Recherche Scientifique et Technique (CNRST) in Ouagadougou, Burkina Faso is represented on the team. Via International Media Support, the research team is in touch with local radio stations broadcasting in conflict-stricken areas enduring extremely difficult circumstances.

Many young people find themselves in a waithood limbo, a phrase coined by anthropologist Alcinda Honwana. In this situation, social media provide a platform, where truthful narratives of entrepreneurship, creativity and social activism appear side by side with the mirage of the illegal migration option. Also, media risk becoming vulnerable to political partisan pressure due to socio-economic struggles or made into vehicles of developmentalist agendas only. Thus, one question to be addressed by the research team concerns how local journalists may take responsibility for the streams of information and knowledge sharing across social, economic and ideological divides. Should the infodemic be contained, limited, or qualified with fact-based knowledge? However, at the same time the research team notes, that not all youth are duped. Many are talented learners in navigating between the radio, social medias, (TV to a much lesser extend) and the written press.

Another focus is to investigate endogenous institutions of news productions. The newsroom socialization, even if dominated by Western-based models of journalistic practices in all its varieties, has never been entirely monolithic. As an example, when, in 2014, President Blaise Compaoré was forced to leave Burkina Faso after 27 years in power, it was, among other things, the result of an online/offline media ecology where music and aesthetic means inserted endogenous sayings and values into youth borne movements that affected other parts of society. One endogenous institution is the griot whose roles and functions are similar to a news reporter, investigating journalist, historian, spin-doctor depending on the locality, context and time.

Starting as an arena where scholars with different pertinent areas of expertise can work together in analysing these questions, the scientific network will evolve into an international research cluster to formulate one or more focused research proposals targeting Danish and international research funds in the years to come.

No such thing as waste: resource recovery and shifting perceptions 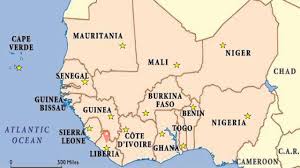