Multidisciplinary collaboration to secure the future of water in Cape Town

Although written over fifty years ago, Frank Herbert’s great sci-fi novel Dune seems a prescient piece of literature about the necessity of learning to live with the Earth, not just on it. The inhabitants of Dune’s desert planet Arrakis have a certain reverence for water, and for the planet’s ecology, that we can all learn from. Reading Dune on the canals of Copenhagen on a sunny August day, it is hard to imagine the waterless world Herbert describes. However, a few years ago, as I was finishing my Bachelor’s degree at the University of Cape Town (UCT) in South Africa, the threat of an urban drought was all too real.

In 2018, the City of Cape Town declared a city-wide water crisis, which would be punctuated by ‘Day Zero’ – the day the city would run out of water. The drought had been looming for years, and the City of Cape Town had made some management changes, but all rested on the assumption that rain would fall at the same rate as in the past. This proved to be a big mistake and a lesson for us all in the effects of climate change. As the threat of severe drought came closer, citizens were urged to use less water – at most 50 litres a day, which, at ‘Day Zero’ would be even further reduced to 25 litres a day and distributed to people via emergency water stations. In the beginning, we simply had to change our behaviour to fit the limits that the municipality imposed on us. But inevitably we became more conscious of the way we use water. Why do we take such long showers, and then not use any of that water again to flush the toilet, or to water the plants outside?

We began to understand (and be frightened by) the prospect of running out of a substance essential to life. And like the characters in Dune, we became more aware of the value of this finite resource. In the end, Cape Town was relieved of the pressure of drought due to some much welcomed rain. I would like to think that the water crisis changed our understanding of the precariousness of our ecosystem, but I have the suspicion that it will take a lot more for a lasting change in water consumption behaviour.

To better understand the current Cape Town water situation, I spoke to Dr Kevin Winter, a professor at UCT’s Department of Environmental and Geographical Sciences (EGS). Kevin became involved in water research after completing his PhD in water science and management. The “golden thread” of his career, as he puts it, “has always been about monitoring, about generating data, about trying to understand patterns and trends”. Kevin’s work has taken him into many different areas, as a result of the multidisciplinary nature of the EGS department. And it’s this cross-sector collaboration that he enjoys about the work.

“I believe the kinds of questions that we’re asking in water science at the moment could not come from engineers’ mouths alone any longer,” he tells me. “What you have to try and work at right now is changing behaviour, and 70-90% of our problems are how to deal with people in their social contexts. I think that’s why it’s quite important to be working in these transdisciplinary environments right now, because the questions are different.”

To try and solve the water management challenges in South Africa, Kevin helped set up Future Water: a water research organisation based at UCT. “We’ve got a core group of academics from health sciences, economics, and law, and humanities and sciences and engineering,” Kevin tells me. And he goes on to explain that there is more to it than just getting a group of people from different disciplines together:

“I think probably the most exciting thing for me is… where do you find your place in all of this? Even if you have [the] opportunity to set up an institute like that, you need to make sure you’ve got a project that begins to bring people’s minds together. So I think what I was looking for was ‘where do I find a site where I can bring different disciplines together?’ Which is how the whole Water Hub started in Franschhoek.”

The Water Hub is a research and skills development centre as well as a recreation destination. The vision of the site is one where the conference centre, exhibition space and research labs are integrated with the surrounding nature. It is located at an abandoned wastewater treatment plant in Franschhoek, in the Western Cape province of South Africa. The plant was never fully decommissioned, and now serves as what Kevin calls an “urban living lab”. At the site, the focus is on the food-energy-water and waste nexus. “We don’t bring anything else in. We don’t add any more chemicals. We try to clean things the way nature would clean water,” Kevin tells me.

One of the projects at the Water Hub is a biofiltration system intended to biologically treat runoff water from an informal settlement and to make this water available for crop irrigation by the settlement. “What we’ve got really is a reconstructed wetland,” Kevin says. “We’ve taken the design from nature in that sense, and now we are learning what level and quantity and flow is required for the water to retain the anaerobic habitat with a diversity of microbes that are sitting quite deep down in these very large filters.”

Kevin describes the basic setup of the system, which comprises six parallel biofilter cells. Two are filled with large stones (one vegetated and one not), two filled with peach pips that serve as a carbon source for the microbes, and two with smaller stones. The polluted water, which contains among other contaminants Escherichia coli, high levels of ammonia and phosphate, as well as antiretroviral medication used to treat HIV, is passed through these filters and then tested. The water, which still contains some nutrients, is then used as a liquid fertiliser for crop irrigation. Having successfully grown some crops in permaculture gardens at the Water Hub, the next step is to “start rolling out larger gardens and making a food haven there,” which Kevin tells me “will involve 4 or 5 people from the informal settlement” to grow the food, thus involving the community in the project.

So far, the filters have done well with the E. coli; removing almost all of it from the system, and with the nutrients; reducing ammonia and phosphate levels by 90-95%. The large rough stone (19-25 mm in diameter) filters have worked the best. Some of the problems that still remain are high levels of potassium and salt in the water. For these, the team is testing out the use of biochar filters and duckweed.

A current student at UCT, Rowyn Naidoo, took on the task of trying to incorporate biomimicry, or nature-inspired design, into this project. For one, the biofilter setup itself acts as a kind of ‘reconstructed wetland’; slowing down the water flow so that contaminants can settle, and microbes can act on the polluted stream and outcompete undesirable bacteria like E. coli. As a second nod to biomimicry, Rowyn looked to termite colonies for inspiration. Termite colonies are designed in mounds that promote air flow and soil mixing. This very design can be used in the crop irrigation system for more efficient water distribution.

The next steps for the Water Hub will be to track how much of the chemicals are making their way into the crops. Kevin tells me that current research estimates “about 90% of the chemicals are being trapped within these biofilters, either through bacteria, or actually as a particle, but they are being held within that process,” which is good news. Before anything can fully go forward, the Water Hub wants to get the research right. “Demonstrating a sustainable centre… and to get it to work is really important because that’s where inspiration comes from.”

Having not been in South Africa for over a year now, I was curious about the current water situation in Cape Town. Have people forgotten about being water-wise, and reverted back to old habits? Has the Covid-19 pandemic changed behaviour? Kevin’s response was positive; “for the moment, I think the behaviour is quite well sustained,” he says. However, the pandemic hasn’t made things easier. Kevin informs me that it has posed several challenges to water monitoring, as water meter officials cannot always go out and do their jobs. As a result, many households are given estimated water-use values, so they don’t really know what they’re using. This approach isn’t going to make people conscious of their water use, which is something Kevin thinks is essential to the future of water management.

Kevin says he’s “really interested [to see how] during Covid people have been behaving differently. And that data is really difficult to get at now because there’s a large majority of households that have just been given estimate values.” One of the future solutions Kevin and I touched on is the idea of using artificial intelligence to track water use. This is one among many projects that the City of Cape Town is looking into with regards to water management.

Looking to the future

In addition to ensuring citizen consciousness about water use, avoiding another water crisis comes down to diversifying water sources, reliable data tracking, and investigating water recirculation. As Kevin tells me, “we’ve got more than enough water that falls, we’ve just got to use it properly”.

The characters in Dune wear suits that clean and recirculate water expelled from the body for drinking, and they only move around at night to avoid the sun’s dehydrating effects and save what precious water they have. These actions seem extreme, and they are, but if we don’t want to have to turn to extreme measures then perhaps we need a more urgent focus on the way we use water. A space like the Water Hub, where minds from different backgrounds can come together, seems like a good place to start. 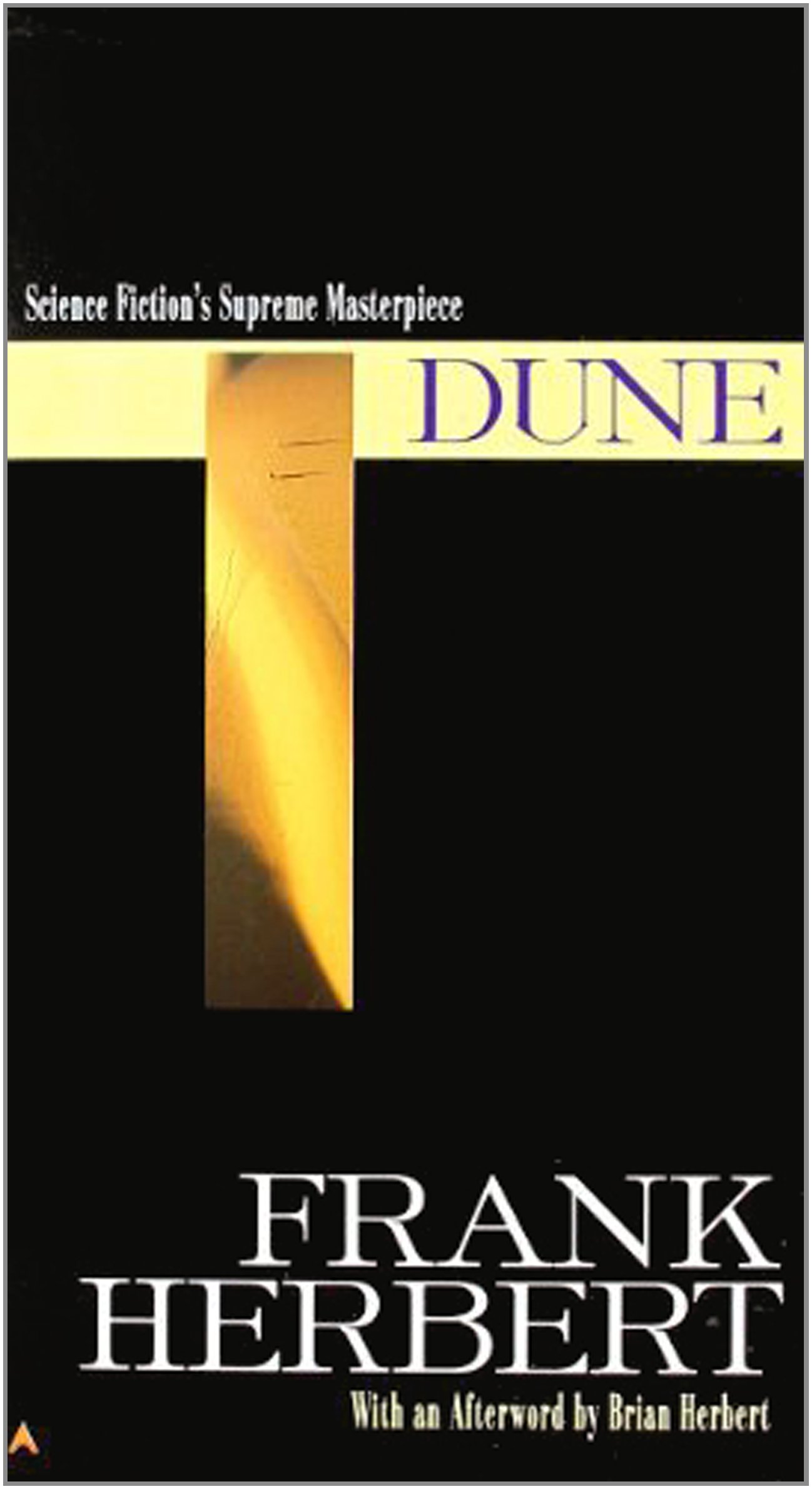