In Gulu University’s history of nearly two decades, the story of ENRECA is told and retold with passion. The four-year Danish International Development Agency (DANIDA) funded 10 million DKK project was the university’s turning point in many ways: It delivered its first PhD, its first female PhD, 20 master’s degrees, several research collaborations, experience in managing large grants and a lot more.

For a university that was just seven years old in 2009 when the project started, in an area grossly impacted by war, it is easy to understand why ENRECA was so important to them.

For starters ENRECA is the acronym for Enhancement of Research Capacity, a research cooperation arrangement between Danish and developing country academic institutions. Uganda’s Gulu University collaborated with the universities of Aarhus, Copenhagen and South Denmark. I have travelled to Gulu to learn about their ENRECA experience, especially from the people who got their PhDs through the project.

In my search for the beneficiaries, I am led to Robert Kiduma, the man still casually referred to as “Mr. ENRECA”, even though the project closed in 2012. He was the project administrator. As we sit in his quiet office and chat, I come to learn that ENRECA was far broader than what I had anticipated.

Gulu University opened its doors in 2002. The war[i] was still on going. The young university tried and found it difficult to attract senior lecturers. In 2008 ENRECA came in.

“It was a desperate situation,” Kiduma says. “So together with the partners, the university embarked on building capacity from within. The idea was to train and promote.”

First, they set up a project management unit with three full time employees – Kiduma the administrator, a secretary and a driver. The Principal Investigator doubled as the project coordinator, supported by the project manager who was also the university’s deputy bursar. There was a project steering committee, as well. The process started in 2008 and work effectively started in July 2009.

Three PhD opportunities were spread to the Faculty of Medicine (David Musoke), Faculty of Science (Christine Oryema) and the Institute for Peace and Strategic Studies (Stephen Langole – read more about Dr Langole’s interesting research about the future of Gulu’s post war urban youth in our article). Close to 20 Master students were selected from all the different faculties of the university. Collaborative researches were affected by young researchers at Gulu pairing up with researchers from Danish universities. And within ENRECA there was the Demographic Surveillance System (DSS)[ii] project which was big in its own right. “It had a staffing capacity of about 15 to 20,” Kiduma says.

The DSS team had the responsibility of doing surveys in one of the seventeen sub countries, Awach, in the Gulu district. “Annually we had to visit homes, a population of about 15,000 to 16,000 people to collect data,” Kiduma recalls.

All the three PhD scholars completed and are now serving the university in senior positions, as directors. Those who graduated the Master programmes used that as a launch pad for PhD. Those on collaborative research benefited from Danish mentorship and moved from low to high ranking positions as they were able to meet the requirements for promotion. During the ENRECA period, Gulu University’s status, which had been low, rose drastically.

And you think it was as a result of ENRECA? I probe.

“Yes, because there was a lot of research going on; there was emphasis to publish on PhD, on the collaborative researches and this helped to boost the ranking at that time.”

When you look at the situation today what do you think of the university’s status?

“It is low. I think we might have not taken stock of what enabled us to come to that point. What we might have required was to be more aggressive,” Kiduma says, and continues: “I hope with the continuation of some of these programmes we will be able to do many publications and improve on our ranking.”

ENRECA’s grant management unit in itself turned out to be a major achievement for the university – a source of pride and model for managing grants at institutions. They developed a framework with an operational manual, which helped to harmonise the guidelines used in the implementation of the project.

“You have a guideline from the funder. The university also has its guideline, usually informed by national guidelines. It is always a dilemma dealing with those two as each is monitoring you, basing on their own guidelines. We came up with harmonised guidelines and it worked,” Kiduma says. “For me as the administrator that was magic because it was dealing with issues to do with finance, human resource recruitment, procurement, audit, reporting, all that was embedded into that document.”

The university is still using the document to market itself with regard to grant management standards.

ENRECA closed in 2012 but the university continued to coordinate other projects within that office. Shortly after ENRECA, they got another DANIDA funded project on Primary Healthcare (PHC), which also closed in 2018. The same structure was used to run it and also support other projects. However, sustaining the unit without DANIDA has become difficult.

“Once the DANIDA projects ended, salaries of staff ceased and yet we were using that as a basis to support the other projects,” Kiduma says.

The ENRECA management model has apparently been picked up by other institutions and it is working for them.

“In Mbarara University we have that model. Actually we trained a member of staff here who is now handling the affairs there and they are full of praises for him,” Kiduma says.

Other institutions, Kiduma says are running a similar model, including the University of Ghana, in Accra, Muhimbili University in Tanzania, and the Kenya Medical Research Institute (KEMRI).

Kiduma wishes to see such units integrated into university systems; “I believe that unit can do more than managing grants. They specialise in that and they help you to mobilise resources,” he says. “If you are going for a huge grant and you don’t have a competent unit to manage, then they might doubt your capacity.”

Mr. ENRECA: From fear to confidence

Kiduma’s academic background is in accounting. By the time he joined ENRECA he had been in the private sector, managing an annual revenue portfolio of about UGX 2 billion (about 3.5 million DKK). Here, he was required to integrate his financial management capabilities with research activities. He describes the first six months of his new job as “very, very rough.”

“Expectations were very high and it appeared that they were not being met. At a certain point I felt I was going to be dismissed. I was having sleepless nights. Something was not being done to the standard that was set.”

Although he was having frequents correspondences with his senior managers in Denmark, his outlook only changed when he travelled to Aarhus and met one of them.

“He asked me very simple questions: ‘Robert do you have this, do you have this, do you have this?’ He was surprised when I told him no,” Kiduma narrates. “To be able to run a grant, there are certain tools that you need at your disposal which by that time had not been availed to me — the proposal, which I think is the strategic plan. It details what you are supposed to do, who is responsible for what, the funds that are available, the logical framework analysis (LFA) was not yet issued to me. He sent me those things and when I received them I could also feel that I was doing something. The fear began to disappear because now I had the basis that informed my actions.”

Was it an oversight on their part? I inquire.

“I think they expected their counterparts here to be able to give that, but that delayed a bit.” The key lesson Kiduma learnt from that was that to successfully manage a project, team members must have access to vital information, including the strategic plans and work plans. “Without that they can’t meet your expectation,” he emphasises.

Kiduma can today speak confidently as a skilled manager – grants, finance and administration, and trainer as well. He has, after ENRECA, managed over 12 grants at Gulu University. He, also, gives talks on grant management at other institutions.

“This is the extent to which I have been able to grow and develop as an individual,” he says. “These were the kind of opportunities we got from ENRECA. Up to now, the name ENRECA is still in the minds of many people at the university. They call me Mr. Enreca.”

Gulu University is running another DANIDA funded project, “Building Stronger Universities”. Kiduma was involved from project conceptualisation to implementation and he still shares his experience with the project team when required.

He says they are “increasingly getting sentiments” of those who enrol for PhD programmes from Gulu in preference of being conferred upon degrees by the Danish partner universities. There are also PhD programmes whose progress is interfered with by the National Council for Higher Education, the local supervisory institution, sending fears through students on whether their PhDs will be recognised. “So if something can be done in order to help bridge these gaps it might help,” Kiduma says.

He also suggests reciprocal lecturing as well: “We are also seeing many of the lecturers who come here as visiting professors. I think it would help if it was reciprocal. It would help in maturing our staff in their lecturing, research,” he says.

“I want to give back what I learned to our society” 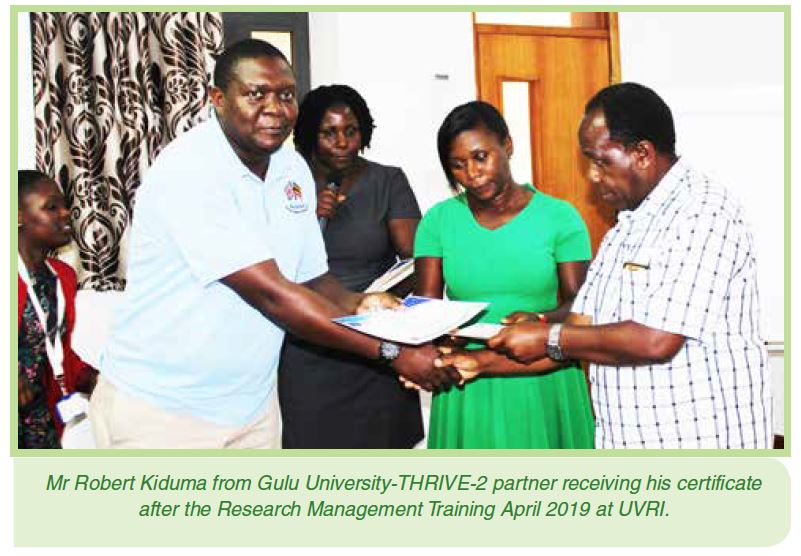 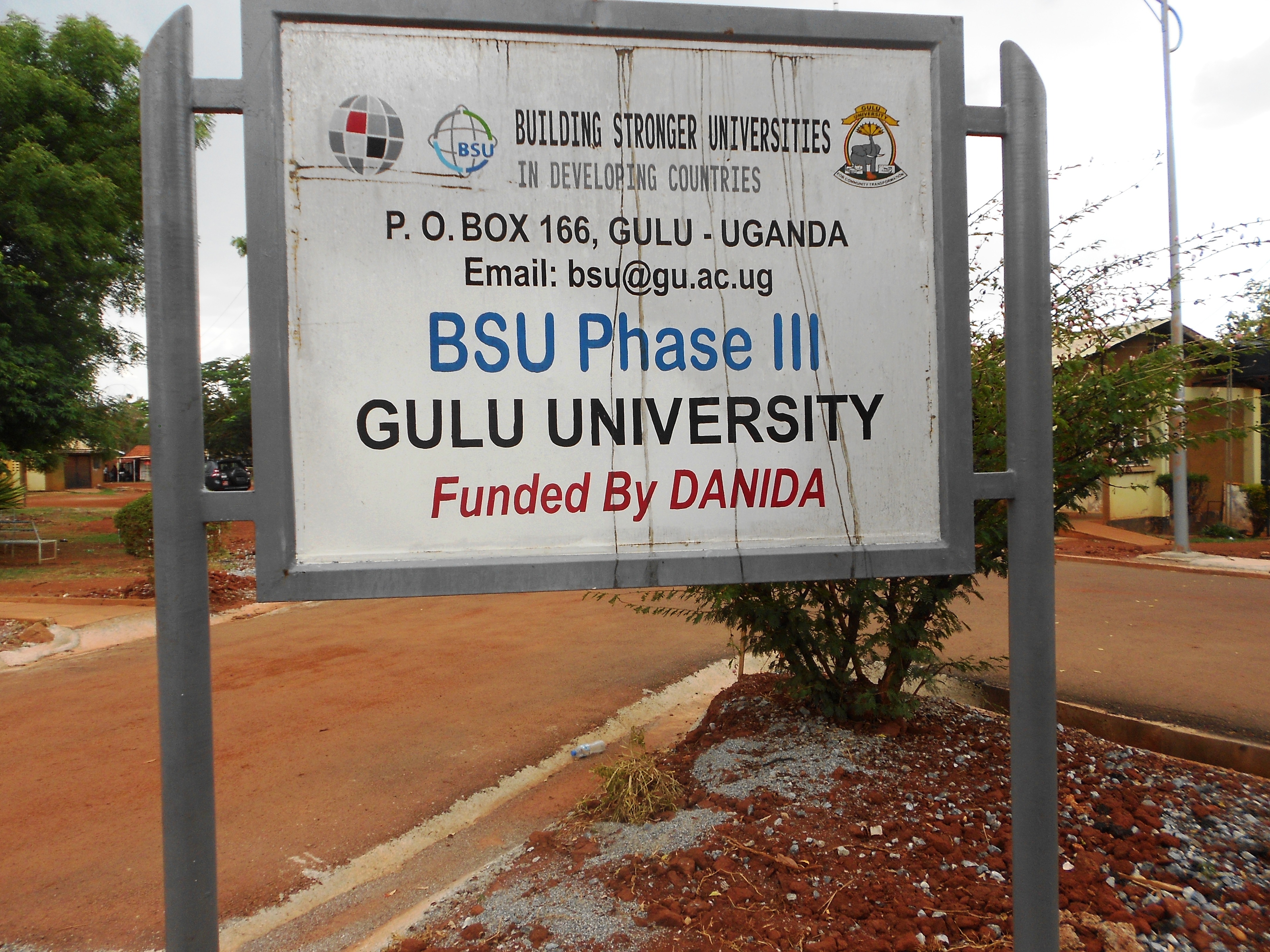 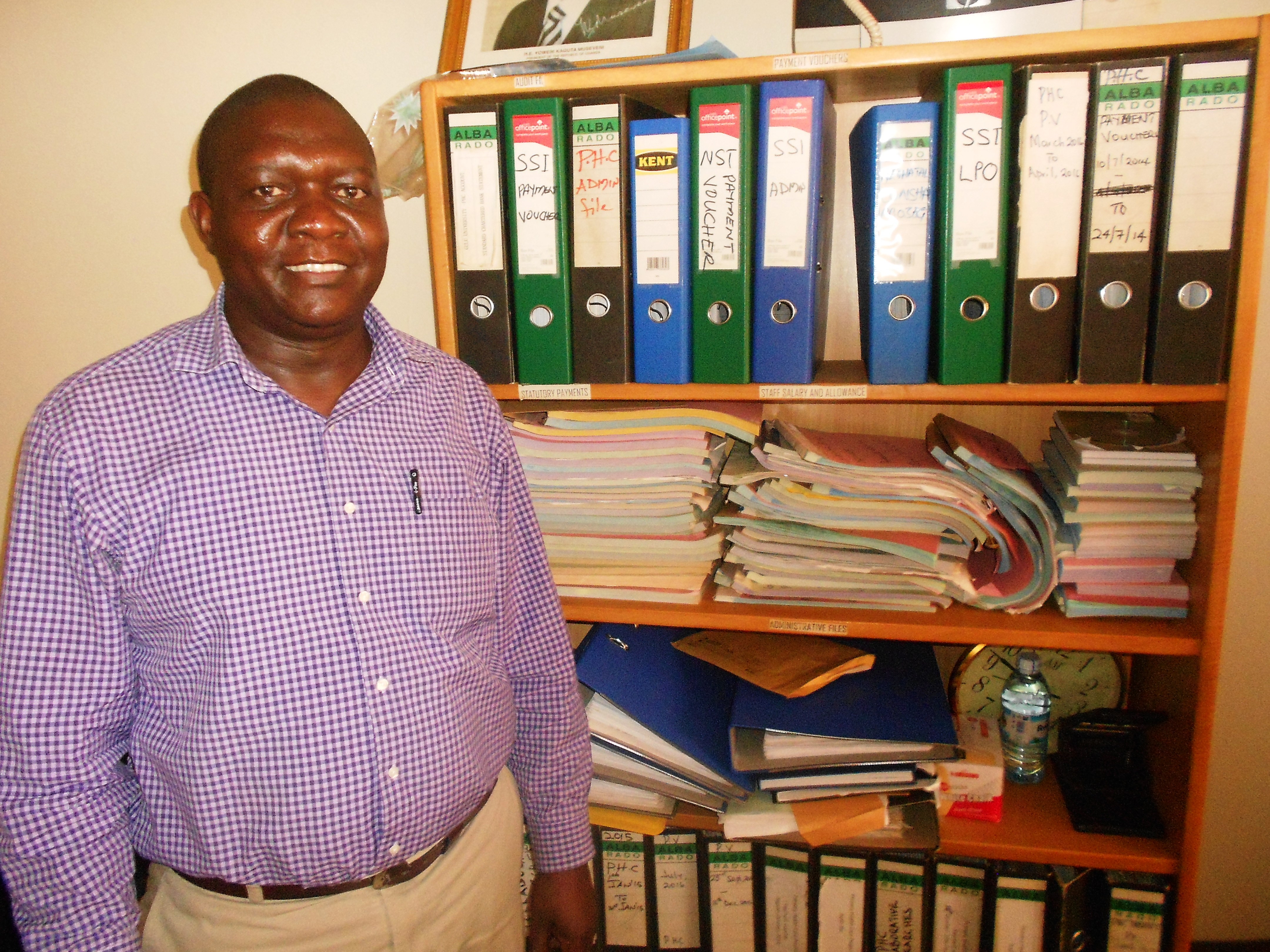