Consumers and the broader public have been more and more interested in what organic and sustainable agriculture can offer, namely, pesticide-free food and reduced environmental impact. The overuse of pesticides as a strategy to prevent disease has raised concerns with farmers and scientists, too, as resistant diseases are on the rise.

Fusarium Head Blight (FHB) is a wheat disease but also a public health concern. The disease is caused by several fungi from the Fusarium genus. When these fungi attack the kernels of the wheat plant, they produce toxic substances in the grains that can harm both humans and animals when consumed. One of these toxins is called deoxynivalenol or DON. After ingestion, DON can cause nausea, vomiting, diarrhea, abdominal pain, headache, dizziness and fever.

Edward C. Rojas, a Colombian student with a background in agronomy from the Universidad Nacional de Colombia and a master’s in molecular biology from the Université de Lausanne in Switzerland, is currently doing his Ph.D. in Denmark trying to find natural ways to control the FHB. He is studying under a full-time, 3-year, EU funded project, which he commenced in January 2016, under the guidance of Professor David Collinge.

I met Edward at his office at the University of Copenhagen, to learn more about his interesting research on this wheat disease.

“How did you find out about this program?” I ask Edward.

“It was an open call, there were hundreds of people applying. I got selected for an interview, and I was offered the job,” Edward says with a proud smile. “I knew the work of my current boss, and I knew that he was a good scientist, so I decided to apply,” he adds.

Edward’s project makes part of the CerealPath EU program, under the Marie Skłodowska-Curie grants, that has received funding from the European Union’s Horizon 2020 research. The program is employing 15 Ph.D. students from all over the world – 2 of them at the University of Copenhagen – and aiming at increasing the sustainability of wheat production, thus contributing to the Sustainable Development Goals, specifically Goal 2: Zero Hunger, as wheat is one of the most widely consumed cereals in the world. All 15 Ph.D. students are working on the same area, namely, innovative ways to control cereal-diseases, Edward says.

Edward’s work focuses on finding specific microorganisms, called “endophytes,” i.e. mostly bacteria and fungi, that live inside the plants and are native to the fields, that could defend the wheat plants against the FHB disease.

Edward surveyed fields in Denmark and Sweden looking for these microorganisms and tested them against the disease. In his lab, he found several microbes that can reduce FHB in wheat and could become a clean alternative to pesticides.

“Agriculture in the EU is much more productive compared to the agriculture in developing countries, mainly because of the larger amounts of fertilizers and pesticides, farmers in Europe use on the crops,” Edward explains.

“FHB is widespread worldwide and a very important issue nowadays. As climate change rises global temperatures, FHB levels could increase. Additionally, people are more concerned on how their food is produced. We need clean alternatives that control the disease and do not harm the environment,” he says.

“The overuse of pesticides can make pathogens develop resistance, which could make them more difficult to fight in the future; the inclusion of maize in crop rotations is increasing the problem,” he adds.

Asked about the potential applicability of endophytic microbes as biocontrol agents in other contexts, for example in his home country, Colombia, Edward is very positive:

“There is much more diversity of microorganisms [there] so, for example, if in Denmark there are 10 or 15 of these species, in the tropics, there would be hundreds, even thousands. We can exploit all that biodiversity to find interesting organisms. The farmers in Colombia would have an economical incentive to try an alternative, too, as they cannot afford buying the amount of pesticides the farmers in the EU do,” Edward says.

“Have you considered how could your research be used or advanced in the future?” I ask.

“The use of microorganisms to reduce disease levels in plants is not new. There are reports of similar works from 1914. So, this is an established field in agricultural sciences. In my opinion, my research fits in the framework of trying to build sustainable agriculture. That is a global necessity. So, I would only expect it to grow in the future,” he says.

“There have been cases of corporations taking advantage of traditional knowledge of people in indigenous communities, utilizing their genetic resources. How can we ensure that this high level of biodiversity in the area is not exploited?” I ask Edward.

“This is totally out of the scope of my research and the project goals, since we are not aiming for such environments and we do not work with corporations. I know the existence of the EU bio-safety regulations which demand full disclosure of the origin and other characteristics of the microorganisms that are desired to be used on a larger scale,” Edward says.

However, a question remains: “What are your thoughts on how we can ensure that the benefits arising from future research at your home area can be shared with the provider country for the benefit of the locals? Any thoughts on ensuring benefit sharing?”

“As I mentioned this is not a new idea, so, I am sure there are academics in universities on those areas trying to find microorganisms with potential use in agriculture as well. The best way these people can benefit from such advances is to share our knowledge on how to use microorganisms in agriculture. Luckily, that is exactly what we are doing. All our results will be publicly available for anyone in the world who wants to learn how to exploit these organisms,” Edward says.

His lab results have been successful so far. However, farmers would first need some successful results in the field, too, in order to adopt any alternative:

“Unfortunately, due to last year’s exceptionally dry summer in Denmark, we must wait to run a new test next year,” Edward says.

Asked about the next step in the process, he says, that it would be to test the mass production of these microorganisms for the market.

“Is there any controversy in this research area?” I ask Edward.

“The only opposition I can think of, would be from agrochemical companies that sell pesticide products. However, even these companies are trying to enter the biological era, by investing a lot of money in research to find microbes with potential, just like we are doing. In general, there is an agreement that anything that aims towards more sustainable agriculture, would be beneficial,” Edward says.

Edward finds the workplace environment in Denmark very healthy, due to the low levels of stress and its horizontal hierarchy:

“Here I just have to address my supervisor using his first name,” Edward says, something that he finds very different from what he recalls was the custom in his home country.

Is he considering going back to do some more research on this area in Colombia? 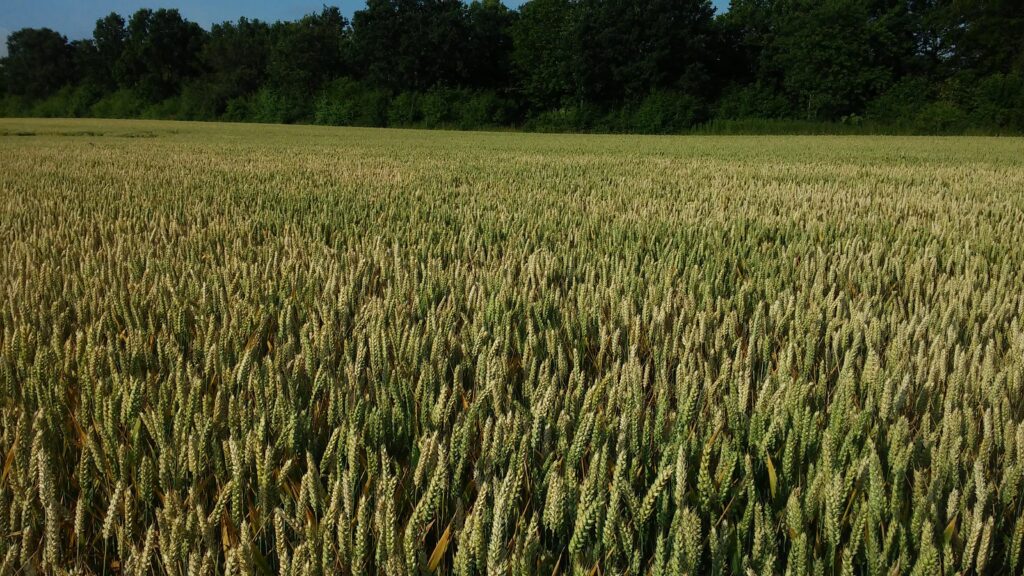 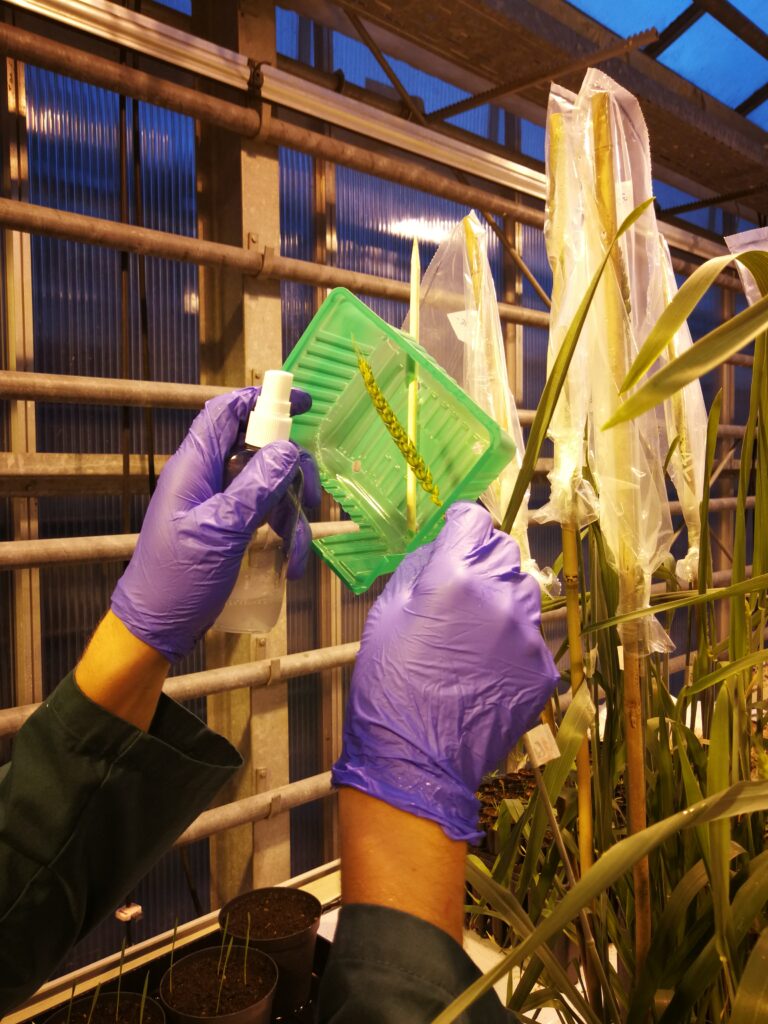 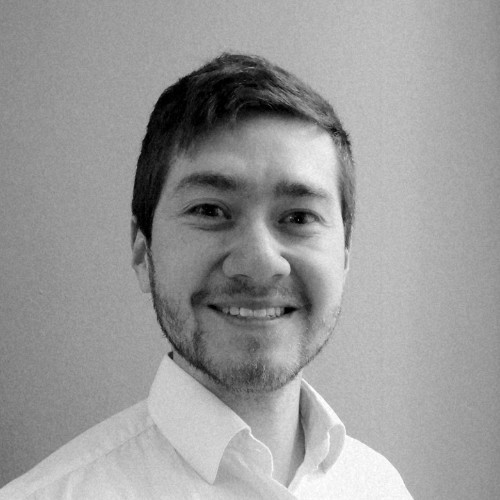 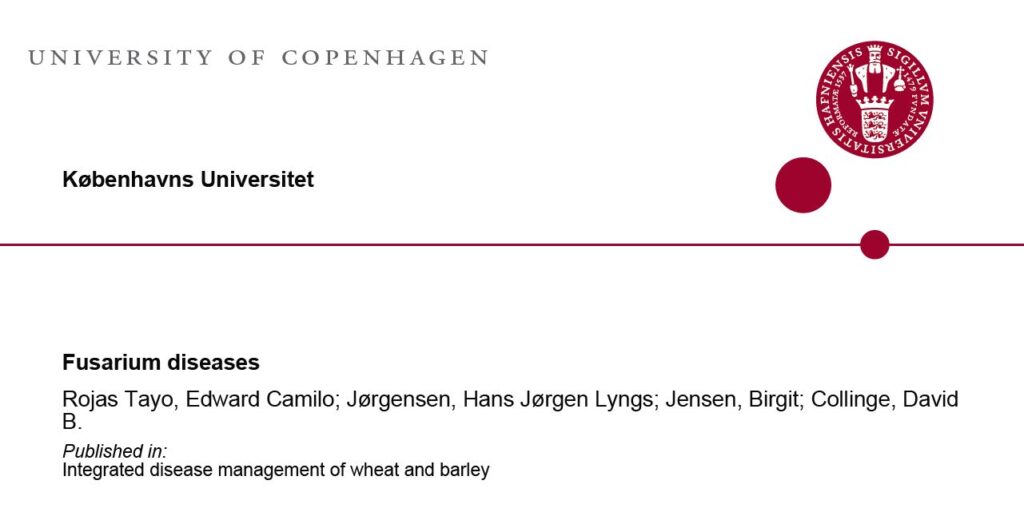 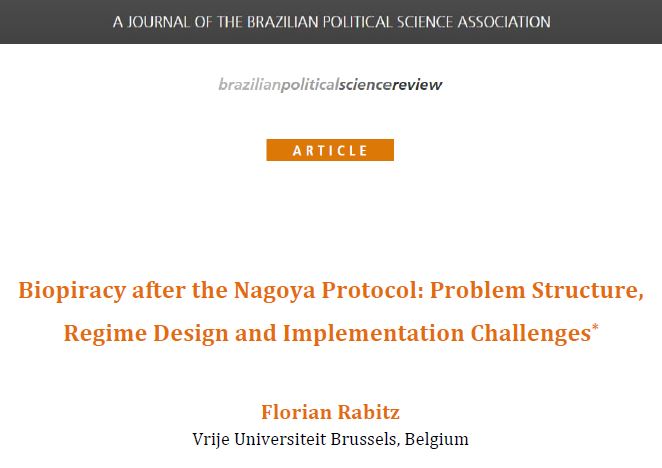