Fake Nutrition News: How to Counteract Misinformation when Promoting Good Health and Well-Being

In August 2018, the Danish Government presented a new official food and health strategy to oppose bad eating habits and reduce negative effects lifestyle diseases have on the mortality rate. The strategy consisted of 14 concrete initiatives divided between 7 areas. Some of these were common, tried-and-true strategies such as increasing the availability of dietary guidelines and ensuring that healthier products are considerably more visible. However, one initiative stood out: Proactive efforts against fake news. While the rest of the world largely discussed fake news in a political context, the Danish Government kept its eye on misinformation and alternative news surrounding food and health being spread on social media. The circulation of so-called fake nutrition news not only creates difficulty navigating food and health information online, it is also potentially dangerous to the health and well-being of the general public.

During my masters, my fellow student, Laura Mølhave Nielsen, and I published a research paper, examining fake nutrition news on digital media and the steps the Danish Veterinary and Food Administration (DVFA) were taking to counteract this development. Through a critical discourse analysis we found that they used discourses of responsibility and credibility in their fight against fake nutrition news. In order to become more active and visible in the online world of nutrition news, The DVFA would respond to specific posts on social media and articles on websites, where the disseminated content was viewed as fake news. Aside from establishing themselves as a credible source who users should trust, they used their media presence as a catalyst for change – giving the reader the right tools to be mindful and critical of nutrition information in a world increasingly characterized by digital media.

As presented in our research paper, the shift from traditional mass media to online communication has made the rapid spread of digital information possible. Digital information can move around the world at the speed of light, be copied and shared freely, and stored without filling up any real space and without fear of decay. These properties affect the way we consume and share news and information online. The Internet has brought along an infinite number of websites containing opinions, accusations and claims, thereby challenging credible sources such as scientists, health experts and dietitians. This is not only the case in Denmark, but an arising issue across the globe.

In some locations however, online information is not what primarily dictates health and food choices. Two different studies from Nigeria explore how food taboos and one-to-one communication respectively act as primary sources of nutrition information. Despite key differences in their approach, the two studies share a common focus on the habitants of rural areas. In the study, “Food taboos and their nutritional implications on developing nations like Nigeria”, researchers Onuorah and Ayo state that food habits and taboos are deeply rooted in Nigeria’s culture. In some parts of the country, the consumption of eggs are avoided by children and pregnant women as it is believed that eggs will lead children to become thieves and make unborn infants obese, so that the mother will not be able to deliver normally. Although some of these beliefs are gradually disappearing, it is mostly the case in urban areas. In rural areas, where most of the country’s population lives, a significant number of taboos prevail. At the same time, these areas also experience higher malnutrition and infant mortality. Onuorah and Ayo emphasize that changing traditional eating habits and beliefs can be very difficult, but should be accomplished through consumer education.

In Fadairo, Oyebode and Amusat’s study “Access to nutrition information: a key to improving nutrition status among under‑five children in farming households of Oyo State, Nigeria”, a total of 146 mothers were interviewed on issues such as sources of information on nutrition and their children’s nutrition status. It was found that radio as well as family and friends were the most common and acknowledged sources of information. Due to the widespread practice of gaining nutrition information from one-on-one sources, such as maternity health centers, the study proposes that nutrition campaigns in rural areas should utilize medical outlets and other less common channels, such as the radio.

All of the abovementioned studies shed light on the important issue of adequate nutrition information as to ensure good health and well-being. In late 2018, Merchant and Asch published an article in Jama (Journal of the American Medical Association), expressing that, “The ability to credit information from scientific journals, and, in turn, to discredit information without such sources, is perhaps the most conventional countermeasure to misinformation.” This is consistent with the Danish Government’s approach, where a key objective was to inform users of the official dietary guidelines backed by scientific data, while discrediting specific cases of fake nutrition news in the online media landscape. However, Merchant and Asch also stress the need to create campaigns that engage the channels the target group are present on and already use. As such, governmental institutions as well as others wishing to combat fake nutrition news and promote public health through adequate nutrition information should create country-specific, if not segment-specific, initiatives tailored to online as well as analog platforms.

Mie Gundertofte Vestergaard has a MSc in Film and Media Science with a specialization in cross-media communication from University of Copenhagen, Editor 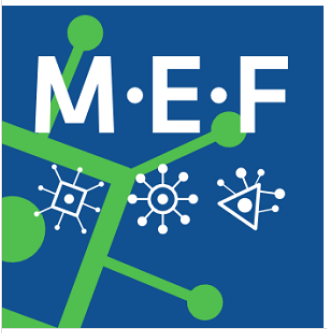