Among trees, greenery and South American traffic chaos, I arrive to Pontificia Universidad Católica del Ecuador (PUCE), which is a large university in Quito, the capital of Ecuador. Back in the 1960s, universities were short on scientific equipment and well educated faculty. Being a developing country, Ecuador, did not prioritize academic education. Quite unexpectedly, Danish assistance came into the picture; one activity was the co-supervision of several Ecuadorian PhDs. On this warm day in December 2017, I am meeting one of them in his office at the university.

Hugo Navarrete is instantaneously happy meeting a Dane. ”You are such a pleasant and easy going people”, he says cheerfully and follows up with a peck on the cheek.  Being the Dean of the Natural Science Faculty, it would be appropriate to keep a distance and address you formally. But Señor Navarrete is different: ”It has something to do with Denmark”, he says. ”Being able to travel, to understand opportunities and problems from a different perspective. That is important in your formal training, and also for your education as a human being”.

Navarrete got his PhD in 2001 via the Danida funded ENRECA program. I will come back to that. The Danish-Ecuadorean cooperation came into being by a coincidence in 1968, when two students (Laurits Holm-Nielsen and Stig Jeppesen) from Aarhus University (AU) travelled to Ecuador for exploration. Later, both students became employees of Aarhus University, and were part of starting the formal cooperation between the two universities.

Back in the 1970s, several Danish botanical expeditions went to Ecuador.  Henrik Balslev, Aarhus University, was one of the key persons involved. Later, he came to Universidad Católica in Quito and worked as a lecturer. ”During that time, PUCE was not well developed, however the university was very interested in working with other institutions,” Hugo Navarrete explains.

During the period 1990–2002, the research-oriented Danida program ENRECA (Enhance Research Capacity in developing countries) was in operation. As an example, the herbarium at PUCE expanded from holding 1,000 different species – to the more than 200,000 species in the present day collection. Another important result of the ENRECA program is the training of 45 Bachelors and 8 PhDs. Hugo Navarrete was the first to complete and defend a PhD thesis by doing part of the research within his discipline of tropical biology at Aarhus University in Denmark, while the data collection in the field was conducted in Ecuador.

”The best support you can offer developing countries is to educate students to an advanced level. This is one of the best programs of cooperation, in which PUCE and Ecuador have been a partner”, says Hugo Navarrete, who today holds the position as Dean of the Faculty of Natural Sciences at PUCE.

”We have been a partner to several international aid programs at the university. However, this type of support from Denmark is one of the best examples of international aid”, says Hugo Navarrete.

He is specialized in fern and has discovered several species of fern in the country. “Another positive impact is the fact that we have been able to prove the enormous biodiversity in Ecuador.”

Hugo Navarrete tells about being treated as an equal by the Danes –“It was not like the clever Danes should help the poor Ecuadorians. And that is important. The funds were invested in human talent and created professional education in Ecuador. The Danes invested in us, they did not help us. That is why all of us managed to complete our studies.”

To greet or not to greet

Hugo laughs to himself when he tries to remember and pronounce the names of some of his Danish colleagues. Even though he has spent a long time in Denmark, Danish language remains a mystery. And the cultural differences were challenging: “As an example, you do not greet everybody in the room in Denmark (then you would only disturb those working there) – but in Ecuador you do exactly that! If not, you are seen as cold and impolite. These simple things you have to adapt to,” Hugo Navarrete says with a smile.

Another important activity, which originated from ENRECA, was the large-scale regional program PALMs about research on palms in South America, in which several participants from ENRECA have been involved.

Almost all those individuals who were part of the program today hold positions at PUCE, at other universities, or with the government.

Hugo Navarrete explains how he and the colleagues from ENRECA have participated in the development of the so called libros rojos (see sidebar) – in Denmark they are called red lists, which include the endangered species: “We have documented many new species in Ecuador, which forms an important basis for public policy making”. The documentation of these species contributes to the policies of conservation of the government in Ecuador, and the species are not officially protected. This is really an important outcome of the work of ENRECA. And the program has helped to demonstrate that it is possible to conduct research in Ecuador”, Hugo Navarrete concludes.

On my way out from the interview, I greet all the other people in Hugo Navarrete’s office, so that I do not leave the impression of an impolite Dane. These small cultural differences between Ecuador and Denmark.

This post is the first in a series by Lise Josefsen Hermann, journalist based in Ecuador, about results of the ENRECA program in Ecuador. 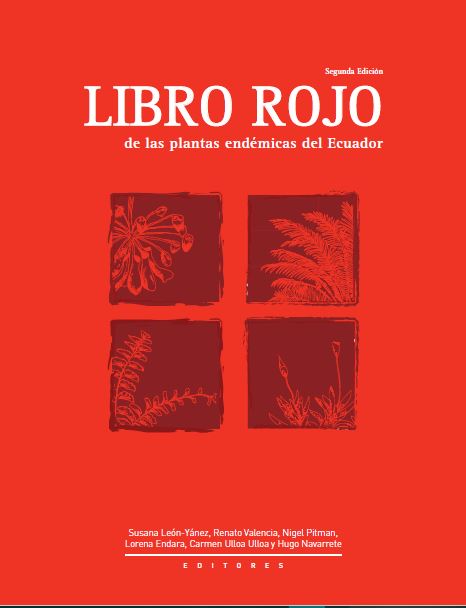 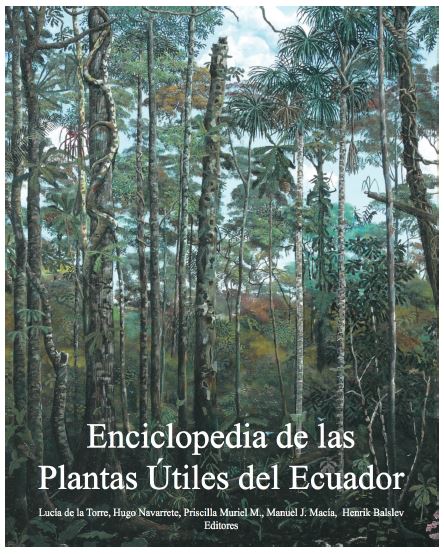