In recent years, fires in the Amazon Forest and in Australia caused worldwide dismay, showing how interconnected the globe is when we talk about climate change. Similarly, this global phenomenon means that environmental changes in polar regions also concern the rest of the planet. This is especially true for a young Brazilian researcher who has invested his time to research climate change in high latitudes of the Earth. These days he puts on his white lab coat in Bremerhaven, Germany to study molecules that are thousands of years old. In previous years, Eduardo Queiroz Alves had conducted his research in countries such as Sri Lanka, Belgium and the UK. The 28-year-old scientist, originally from Rio de Janeiro, Brazil, is a traveller – sometimes geographically – but especially a time traveller.

“I study how the climate changed in the past, to be able to understand what is happening now – and understand better what changes we can expect in the future,” he says. When Eduardo Queiroz Alves was still working on his undergraduate course in Physics, in Brazil and in Scotland, he began working with the technique – radiocarbon dating – which he is specializing in now. “I started working with radiocarbon dating back in 2010. This was when my supervisor at the time, who had studied in the US, brought the technique of Accelerator Mass Spectrometry (AMS) to Brazil and I remember being amazed with the number of potential applications for it”.

Eduardo was very interested in learning this new method, which allows the age determination of very small amounts of material. Although the so-called AMS technique was created in the 1970 and is currently widely spread around the world, currently, there is only one radiocarbon dating lab employing the technique in Brazil and just two in the whole Latin America (the second one is in Mexico). Besides radiocarbon dating which has been like a red tread in Eduardo’s research – so has a conscience for the environment – expressed, for instance, when he did an internship in Sri Lanka about sustainable use of water in agriculture. Eduardo came to Europe under a scholarship from the Brazilian government. He decided to study in the UK in order to get some international experience with better established labs in terms of equipment and experts in the field. In the future, he wants to keep doing research on climate change and maybe getting more involved with policy and informing decision makers. And there are also very interesting aspects of his climate research in Brazil that he would like to pursue.

The clock methodology
Eduardo has been specializing in the radiocarbon dating technique which already – with his only 28-years – has brought him to study several fields – from archaeology to climate research. ”It fascinates me how multidisciplinary this is, how you can apply this to different fields in science. You can often employ the technique to find out when something has happened. Radiocarbon dating works as a powerful clock to tell you when something happened.”

It basically works like this: Atoms of carbon exist in nature in three different forms carbon 12, carbon 13 and carbon 14. Carbon 14, also called radiocarbon, is the heaviest and rarest one. It is radioactive, which means that it emits radiation and becomes a different atom. The rate at which this process occurs is known so, knowing the initial amount of radiocarbon atoms in a sample, and measuring the final number, it is possible to determine how much time has passed.

During his Masters and PhD research, Eduardo has used the radiocarbon technique to study ocean dynamics on the Brazilian coast. Currently, he is employing the technique on a different timescale, looking at a more distant past and regions that are experiencing more pronounced climate change. That is actually what brought Eduardo to where he is today. Immersing himself with his powerful clock to try to reveal details about climate changes in the past (the field is called paleoclimate) – to help us understand how the climate of our planet will be in the future. “I analyse molecules extracted from marine sediment using sophisticated analytical chemistry techniques. The procedures are time consuming and expensive, so we cannot measure unlimited amounts of samples and need to be careful about sample selection and handling”.

Since 2020 Eduardo has been a Humboldt Fellow at the Alfred Wegener Institute, in Germany, in the Organic Geochemistry group, which is specialized in this kind of study. ”When I got involved in the project, the fact that we are living a special time now caught my attention. Climate is changing and it is happening so rapidly, especially in the polar regions.” ”I find it really interesting that looking at the past, we can have insights about what is happening now. It is kind of intuitive – periods of warming and cooling have happened before in Earth’s history so we can investigate those to see how the planet responded to them”.

Eduardo’s current project investigates the role that permafrost plays in Earth’s climate. Permafrost is ground that has been permanently frozen, with temperatures below 0 degrees Celsius for two or more consecutive years. You can find permafrost in high latitude regions such as Alaska and Siberia. It covers 15 million km2 of global land surface and stores nearly twice the amount of C contained in present day atmosphere. This carbon is stored in the form of organic matter that has been preserved from decomposition by the low temperatures. “The problem is that when climate warms, the permafrost thaws and this organic matter is decomposed, releasing carbon dioxide and methane into the atmosphere. These greenhouse gases lead to further warming and, consequently, more thawing”.

There is evidence that permafrost thaw has contributed to changes in Earth’s climate in the past. Eduardo is analysing the carbon 14 content of organic matter preserved in marine sediment during the last deglaciation, which is the most recent phase of rapid climate warming, to check if it is indeed permafrost-derived carbon. This will allow to assess the contribution of permafrost thaw for a changing climate. Owing to the ongoing climate change, permafrost thawing is currently happening and directly affecting the livelihoods of communities who are being forced to leave their homes and migrate.

Worried about climate change affecting the poor most
”I am very concerned about the climate crisis. Especially – it is very difficult to engage politicians and the population. As scientists it is our duty to show that this is a problem. We need to show society that we all need to be together to tackle this problem. In countries like my own, Brazil and until very recently in the US as well – we have politicians that do not believe in climate change. So, when this happens – when people who actually have the power to make change – they don’t – that is very worrying. I am very worried as well about, that – as everything else – climate change will first affect the poor people, the poor communities that live in regions very vulnerable to climate change. They will get their health and homes affected, and some will be forced to migrate.”

Climate change – a problem of the future?
For Eduardo it is motivating – and worrying too – how most people consider the climate crisis as a problem of the future. They don’t realize that it is something happening in front of our eyes – right now. “People still think that climate change is a distant thing – an issue for the future. It is complex and far from our reality – not something affecting us now – something that we don’t have to worry for a while. And if you tell people to stop eating meat or driving cars every day – there is still resistance. People still deny the problem. It is also very common for people to think in an individual way. I will just drive my car, for if I stop it won’t make a big difference, if everyone else just continues. You think about yourself – I could stop eating meat – but what about my neighbours, they still do it, so I won’t make a big difference. But if everyone thinks like that – nobody contributes”.

“We all live on the same planet, right?”
For Eduardo it is really rewarding to spend his time on climate change research: ”I feel like I have a really important role. Of course, science is not something that happens quickly – it is very time-consuming processing data etc. and then another scientist will come and build upon my results and that is how science works. So, on one hand, I know that I am contributing to this field – but also – I am aware that my research is not going to solve the climate crisis.”

”But I do feel like I have a very important role – and it is a responsibility as well. That is how science works – we are pushing the boundaries of knowledge. So, it is also rewarding to be involved in a topic that is so timely, so important right now.”

Read PART 2: Sami-youth in Finland: “Our culture is threatened by climate change – and we are not even part of the conversation about it”

Lise Josefsen Hermann is a freelance journalist based in Latin America for more than a decade. She specializes in environmental issues and climate change, human rights, indigenous peoples, migration and more. She is a Pulitzer Grantee and her work has been published with media like Al Jazeera, BBC, Deutsche Welle, Danish Broadcasting Corporation, Danish Development Research Network, El Pais, New York Times, and Undark Magazine.

Sami-youth in Finland: “Our culture is threatened by climate change – and we are not even part of the conversation about it” 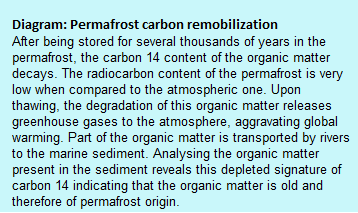 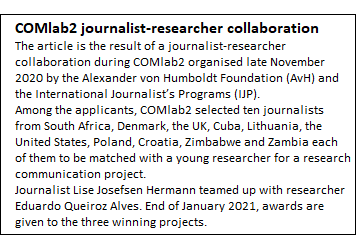 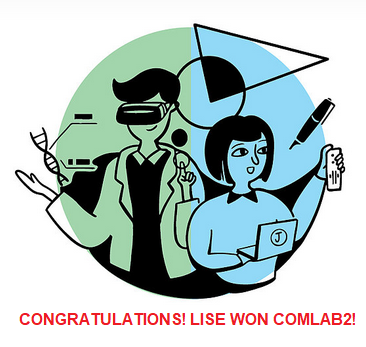