‘If not Denmark and the Nordic countries should take the lead, who else should?’ says Steen Hildebrandt, chairman of the 2030 Panel

Home safe? Not really
In July 2017, a number of Danish NGOs published a joint report reviewing current SDG performance in Denmark and the necessary steps to reach the 17 SDGs by 2030. In very specific terms, the NGO report challenges the statement by the Danish Prime Minister, Mr. Lars Løkke Rasmussen, on the occasion of signing the 17 SDGs in New York that they by and large concern developing countries only. Also Professor Steen Hildebrandt, Aarhus University, contradicts the Prime Minister: “It is about all people in all countries…Nobody has achieved the SDGs until everybody has reached the targets” (translated from: Politiken, 15 July 2017).

Steen Hildebrandt is chairing a 2030 panel comprising 16 organisations from different sectors in Danish society (see the list in the sidebar). The panel was initiated by a network of members of the Danish Parliament, who across party lines are promoting the SDGs. The 2030 panel will provide analysis, events, sparring and own initiatives to assist the network of MPs in driving forward the SDG agenda.

On October 10, when the new Parliament session started, the 2030 panel, the Parliamentarians’ 2030 network, and the Parliament Committee on Energy, Utilities and Climate jointly organised what will become an annual multi-stakeholder forum on the 17 SDGs. Early morning, more than one hundred participants filled the Joint Chamber in Parliament according to a seating plan at twenty roundtables. At each table, about six persons, including one or two local council members, formed a team to discuss local agendas for SDGs.

Inside out
In opening the conference, Steen Hildebrandt challenged the audience: ‘If not Denmark and the Nordic countries should take the lead, who else should?’ Brief, inspirational talks by members of the 2030 panel on their particular stakeholder focus followed. Then, the roundtables started their task of elaborating proposals for SDG initiatives. After more than one hour of exchanges, a spokesperson at each of the twenty tables stood up and presented the results in plenary. In short, the many proposals related to one or more of the following themes for action:
• Involve the whole population
• Educate the young
• Make public procurement sustainable
• Integrate SDGs in policy making
• Set up stakeholder fora in all 98 municipalities in Denmark
• Proclaim seventeen municipalities as models for promoting SDGs
Also, the stakeholders stressed the need for knowledge sharing among them. The challenge to mobilize Danish society to push for the SDGs at home and globally is well beyond the earlier Millennium Development Goals (MDGs) focusing on living conditions in developing countries.

How to monitor ‘Leaving no one behind’?
Several speakers were disappointed that the Danish government has dropped declaring an annual Green National Account. This makes the provision and publication of detailed and accurate data on SDG performance even more important. The responsibility for reporting on SDGs in Denmark has now been shifted from Ministry of Foreign Affairs to Ministry of Finance. In 2017, to produce the data, Statistics Denmark has been given an additional DKK 2.4 mill. Until 2021, the statistics institution will receive extra DKK 3.2 mill. every year for this task.
Mr. Jørgen Elmeskov, who is the director of Statistics Denmark, has drawn attention to the statistical demands of the oath ‘Leave no one behind’. Data have to be much more detailed as compared to the figures on the Millennium Development Goals (MDGs); data must be broken down to indicate the performance level of each social group (e.g. gender, age, and ethnicity) in any given national population.

There is 241 social, environmental and economic indicators on sustainable development, which according to Mr. Elmeskov fall into three categories:
1. Conceptually clear, method defined, and data available
2. Conceptually clear, method defined, but data is missing
3. Methods, standards and data are missing
Mapping the situation in Denmark, about 33% belongs to category 1, 13% to category 2, and 15% to category 3. For the remaining indicators, some cannot be measured quantitatively, some are irrelevant (e.g. prevalence of malaria), and finally some 53 indicators the categorization of which have yet to be determined. Across the UN member countries, 33% falls into category 1; 25% in category 2; and 40% in category 3. Thus, substantial work needs to done in Denmark and in all other countries.

Contrary to the MDG process, the responsibility for monitoring of SDGs by indicators rests with each country. In Denmark, Statistics Denmark maintains dialogues with ministries, other public authorities, non-governmental organisations, and the private sector. At the international level, Statistics Denmark takes part in the UN Inter Agency Expert Group, which holds a membership of national statistics departments, UN organisations and international bodies, e.g. the World Bank and IMF. Statistics Denmark is also involved in building capacity with national statistics departments in Vietnam, Philippines, and Ecuador to produce administrative data. Jørgen Elmeskov considers this sharing of knowledge important, not just to enable better quality in national SDG monitoring, but also because good administrative data is a key prerequisite for good governance. 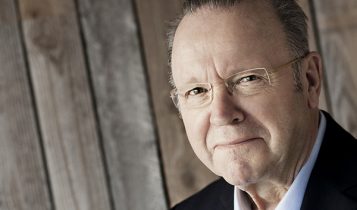 UNDP Nordic Office (in Danish only)

The Danish Chamber of Commerce

The Danish Confederation of Trade Unions 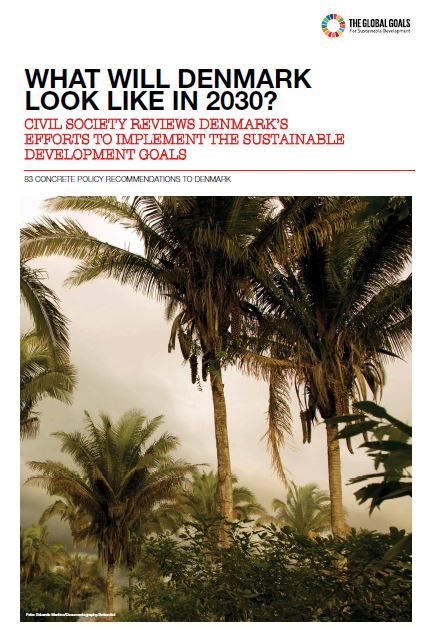 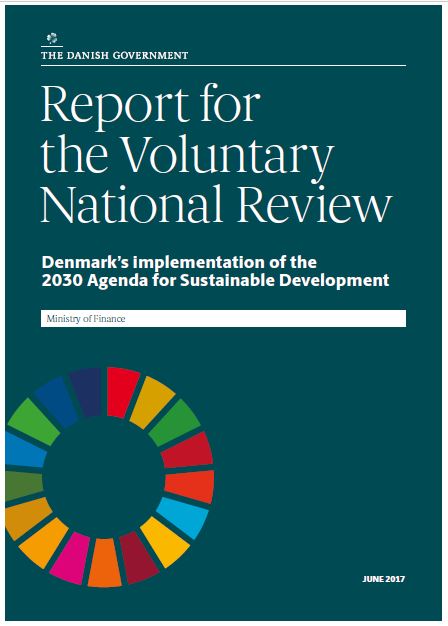