‘Brace, Brace for impact!’ You can’t eat your carbon pie, and have it too

Addressing an audience of frequent flyers at the Danish Institute of International Studies (DIIS) in Copenhagen, professor Kevin Anderson, called out for urgent CO2 reductions.

Not the average gloom and doom agitator, Kevin Anderson, Professor of Energy & Climate Change, Tyndall Centre for Climate Change Research, identified his audience collectively as the main culprits in CO2 emission. According to Kevin Anderson, the top 10% of emitters are responsible for 50% of global emissions. In the packed auditorium of the Danish Institute for International Studies (DIIS), the top 10% group was well represented by scientists, policy makers and frequent flyers at large.

Kevin Anderson’s argument for urgent reduction of absolute emissions is two-fold: Current CO2 accounting is partial; it exempts aviation, shipping, and the import and export of goods. If all this was to be properly accounted for, Denmark is no longer in the premier league, because the result would show that CO2 emissions have not declined since 1990.

Second, we are in denial with a naïve belief that technical utopias will save us. Yet, we are still deeply reliant on yesterday’s technologies e.g. jet engines, steam turbines, IC engines. Most importantly, Negative Emission Technologies (NETs), which modellers assume will carry a major part of the reduction burden, do not exist today. NETs must be invented, tested and matured to penetrate markets. This takes time, which we do not have. Kevin Anderson concludes by quoting Alex Steffan (2017): Winning slowly is basically the same thing as loosing outright, and he recalls earlier interventions labelling them as technocratic frauds:

In the near term, the action needed is to put very stringent standards on end-use appliances; the medium term we must adopt a Marshall-style decarbonisation of energy supply, i.e. electrification.

Kevin Anderson calculates that Denmark in 3-9 years will use up its slice of the total carbon pie, which is from January 2018 until forever, 170 to 360 million tonnes of CO2. The total carbon pie is defined by the goal to hold the increase in global average temperature to well below 2°C above pre-industrial levels and pursue efforts to limit the temperature increase to 1.5°C. The slice available to Denmark results from this pie being split equitably amongst all of the world’s nations.

Kevin Anderson criticizes current research at the universities for being fragmented and discipline oriented. He calls for researchers to combine and enhance capacity for system thinking.

Back to back with the seminar with Kevin Andersson, DIIS organised a seminar on research and the UN SDGs. One of the presenters, Professor Kathrine Richardson, University of Copenhagen, is a member of the Expert Panel appointed by UN Secretary General to prepare the 2019 Global Sustainable Development Report. The 2019 Report will be the first major effort written by researchers since the Brundtland Commission Report published in 1987. Looking back, Kathrine Richardson rejects the three pillars metaphor for sustainable development promoted by the Brundtland Report. Rather, she feels that the economic, environmental and social dimensions must be analysed as integrated.

Researchers from all over the world have contributed several thousands of inputs, however not a single input has been received from Denmark. The panel is desperately looking for case studies as a vehicle to engage with policy makers. ‘We are identifying the transformative changes needed to achieve 2020 Agenda’, she said and added that the food industry is one key sector, for which plans about how to achieve the visions will be elaborated in the 2019 Report.

Most timely, a few minutes after the public seminar, the attending researchers went into a closed-door session to discuss how to organize themselves to effectively contribute to the UN SDGs 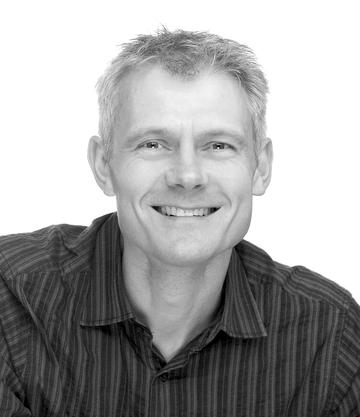 Fiji Water at a station café in Denmark 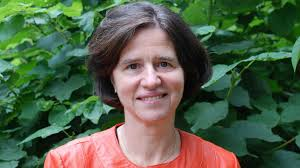