A report ‘Hack the Future of Development Aid’ published in late 2017 by DANIDA (Denmark’s official cooperation with developing countries, under the Ministry of Foreign Affairs), in collaboration with think tank Sustania, and blockchain currency platform Coinify, investigates how Denmark is considering how to harness these new technologies in its aid delivery approach.

One of the prevailing issues with providing adequate aid and relief to residents of poor and developing countries is the lack of officially recognised identity. This problem disproportionately impacts rural residents, the poor, women, children and other vulnerable groups, particularly in Africa and Asia.

When a person wishes to register to access services such as government subsidies, a mobile SIM card or a bank account, they are often required to prove their identity using government issued, physical documents such as a national identity card, passport, or voter ID. However, at least 1.1. billion people lack any form of officially recognised identity. Additionally, in many places identity systems remain fragmented and require individuals to hold several functional forms of identity, each of which might serve a different purpose, follow a different application process, and reach different segments of society.

Since the start of the civil war in Syria, it has become nearly impossible for Syrian citizens to replace or apply for new identity documents – those who fear political persecution are unable to approach government authorities, and many citizens applying from abroad have had their applications denied. It is estimated that up to 70% of Syrian refugees currently lack access to state issued identity documents, which threatens their ability to access humanitarian assistance, move freely within their country of exile, seek employment, register the birth of their children, or move closer to voluntary repatriation or resettlement.

To empower individuals to control the formalisation of their identity, manage their digital personas, and actively monetise their personal data, ID experts have begun to shift their focus to the development of ‘user-centric’ or ‘self-sovereign’ ID systems.

In the Zaatari refugee camp in Jordan a new form of aid delivery is disrupting the traditional norms of assistance distribution and payments. The World Food Program has combined the usage of blockchain technology with biometric technology to ensure secure, efficient delivery of foreign aid to Syrian refugees living in Jordan. Displaced Syrians can walk to the grocery store, select what products they need, and pay by simply glancing at a retinal scanner. The identity of every refugee in the camp is stored digitally in a biometric database. At the point of sale, the retinal scanner confirms the buyer’s identity, queries a World Food program account on a variant of the Ethereum blockchain, and settles the bill.

Blockchain technology has several key advantages over current solutions to delivering a digital identity. They include increased efficiency, reduction in cost, and an increase in transparency and fraud reduction. Blockchain data is immutable, making it close to impossible to fraudulently change past data. Also, blockchain enables multiple parties to store and interact with the same database in a secure way.

This shared access opens new possibilities for shared identities that can reduce the need for NGOs and other programs to among separate identities for their recipients, potentially reducing administration costs.

In contrast to existing centralised identity databases, blockchain based solutions allow for user-centric databases that give users complete control over who can access their data. Access to records is protected by digital signature that only user controls.

DANIDA additionally uses land rights as an example of how blockchain can be used to combat issues regarding citizenship and rights, within developing countries. When a piece of land needs to be registered, data such as measurements of the plot size and photos of the plot are uploaded onto the blockchain registry. Next, state of the art algorithms work to verify the data entry. Once it is verified as a truthful entry, for instance not being land that is already held by someone else, it is granted a cryptographic code unique to that exact piece of land. Now the rights holder carries proof of the right in the pocket as a piece of accessible code, not as a piece of paper. The entry can never be erased, so the blockchain never forgets and corruption is almost impossible.

The rights holder can walk into a bank and, armed with a smartphone, access a loan as they have proof of land ownership. The land owner can also choose to sell the land directly to the smartphone using digital currency.

This is a decisive step forward for aid practitioners, tackling the issue of land registries. After the devastating earthquake in Haiti in 2010, many countries and organisations did their best to rebuild the nation. However, a major obstacle kept disrupting their efforts. There were thousands of plots of land where the rightful owner could not be identified, and in many instances, ownerships were in dispute.

In dozens of cities across the developing world, land registries suffer from similar problems. Many citizens simply do not have the confidence in the system. Some are unsure if they legally own a piece of land, even if they have a legitimate sale deed. Others who want to buy a piece of land are not sure if the seller legally owns it. In a situation like in Haiti, where the disaster destroyed many of the country’s paper records, this could have been avoided with blockchain technologies.

Another potential panacea of blockchain technologies, is how it can help bring the world’s 2 billion unbanked people into the global economy. Although they can receive money and support through aid programs, these programs are temporary in nature.

Interestingly, nearly 60% of the world’s ‘unbanked’ have access to smartphones. Crypto platforms can therefore exploit this and can offer bank-life environments inside a person’s smartphone as well as peer-to-peer financial products such as insurance. An example of this is Humaniq, a banking application based on blockchain technology, available on both Android and iOS users.

BanQu, a US based technology company, seeks to solve this problem by creating a secure, easy to use, blockchain based software as a service that the unbanked that can run on any cell phone. The BanQu platform allows them to record their economic and financial transactions, purchase goods, and prove their existence in global supply chains. This creates an economic passport that enables them to engage with family members, global corporations, development agencies, government organizations, and global financial institutions.

BanQu’s app is already being used in six countries by farmers, workers, and micro businesses in some of the world’s poorest regions, as well as by global corporations, financial institutions.

The DANIDA narrative on TechVelopment and the reservations

The DANIDA report argues the digital dividends to be gained and launches a narrative to support the potentials claimed. As a first step, a program of pilot projects in Africa and the appointment of a TechVelopment advisor in Kenya will be implemented with a total budget of DKK 49 mill. Several NGOs are getting involved, e.g. Care Denmark, who has formed a partnership with Copenhagen Fintech to connect financial technologies and innovation to development cooperation. Copenhagen Fintech on their part has developed a digital matchmaking platform so that the fintech companies identify those challenges most relevant to their particular competences.

However, researchers caution against a hyping of blockchain potential in development programs. First, in some Global South countries, the mismatch with digital solutions is all too obvious; public institutions are weak, and public records have yet to be digitalized. Secondly, as mentioned by senior researcher Ole Therkildsen, Danish Institute for International Studies (DIIS), poor people’s and women’s ownership to land are typically embedded in social relations. Rights are often overlapping, shared and based upon people being members of a community or a family. Allocation of land and conflicts about land are solved through local institutions. Also, the tracing by blockchain of funds for relief in humanitarian emergency situations is problematic; by doing this the assumption is that donors know more about the needs of recipients than they do themselves. Ole Therkildsen points to studies showing that most recipients of emergency aid spend the funds wisely.

Eva Grambye, Danish Institute for Human Rights, takes the narrative of blockchain technology as the great enabler of growth to task questioning whether human rights are being disrupted in the process. Blockchains challenge the role of state institutions as the authority, who verifies identity and rights of individuals. The fact that only a few countries have data protection laws makes private collection and storage of personal data problematic. Claims about blockchains as the unhackable, ultimate truth providers must be scrutinized, when private tech companies are side-lining governments. Eva Grambye recommends design with, not for blockchain and a focus on digital divides. 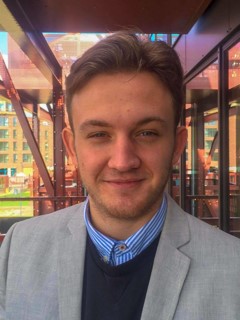 Pearcy A, (2018), ‘Could Blockchain Technology Help Refugees To Prove Their Identity’ Hackernoon 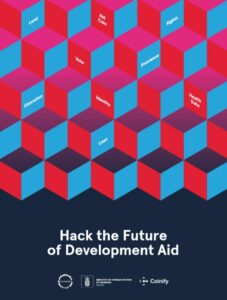 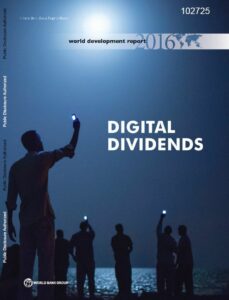