A magnificent and captivating exhibition

MagnumB is an impactful and visual exhibition that brings out emotions; joy as well as horror

April 21st this year the museum by the name Louisiana that is located in Humlebæk, North of Copenhagen, opened a new exhibition by the artist and cinematographer[1] Arthur Jafa. The exhibition continues until October 31st  2021. The title of the exhibition is “MagnumB” and it plays on the words; “magnum” (greatness) and “numb” (lack of emotion). I went to Louisiana to see it. It had been a couple of years since the last time I had visited Louisiana. So, when I took the trip, I was a bit unsure of what awaited me. Of course, I was not totally clueless as I had read about “MagnumB” beforehand and I got somewhat of an impression of what was to come. But what I actually experienced I did not expect despite of the fact that I already had read about the exhibition.

A memorable focus on history

The first thing that caught my eye as I entered the exhibition was information about the exhibition containing explicit pictures. I was aware of the fact that the exhibition might contain strong images. This had been pointed out as I read about the exhibition. Though I could feel myself taken a bit by surprise, as I read the sign and the thought struck me; what was I to expect? One thing I definitely did not expect was to spend as much time on “MagnumB” as I did – 6 hours. But this says a lot about the exhibition. Jafa captivates you through footage and images in a way that makes it so vivid that it is hard to look away. Already from the start Jafa makes a connection to the dark history in America. This is also something that is expressed in the art piece “The White Album”, where subjects such as white supremacy and black Americans struggling, is addressed. Jafa again plays on a reference to The Beatles album with the same title. With words such as; white, race, fear, dominance, system of white supremacy and black vengeance Jafa goes into the dark past. The theme such as slavery is addressed through a focus on the American history. The focus is made through art pieces such as the chains that is randomly placed throughout the exhibition or the art piece referencing the ex-slave Gordon with scars on his back. In between these dark moments, Jafa shows the hopeful moments for the future through joyful and funny joint experiences. As I walked through the exhibition, I noticed that Jafa had a focus on black history in his art works and that there is a connection to slavery. Jafa especially addresses black Americans’ history and Jafa manages to do this in an interesting way through footage and videos. Seeing the different art pieces served for me as a reminder of the slavery and the impacts it has on today. Jafa tries to create a hope for the future as I see it. This is present in the art work entitled “The White Album”. The thought struck me that maybe Jafa is aware of how discouraging it can be – that the bad maybe in the real world is more present than the good. Jafa creates hope through occasional moments that brings hope for the future, moments that show joy between different races, with humanity and fun in the center instead of race and disagreements. Jafa shows us through this footage both the good and the bad. He shows us something else than, or maybe despite of the history, the bad place America has been and partially still is, that we have come a long way. Through that, he wishes to create hope in the audience. At the same time Jafa portrays the problems that still exist in America today. Through glimpses of hope, he also uses this exhibition to show that America has come a long way. Jafa plays with categories and thereby challenges our view of what can be understood as white and what is black. Jafa addresses the unpleasant things through themes such as racism.

“The white album” vs. Love is the Message, The Message is Death”

Seeing these difficult scenes reminded me of the history and the challenges there has been that effect the current society in America. It is a history with consequences now. The police violence against black Americans that takes place in “Love Is the Message, The Message Is Death” made me conscious of the past and history of the black people in America. I had a sense of Jafa here wanted to reference to the history, as if it was something we cannot overlook. The exhibition showed me that even though the struggle is there, I understood it as a way of having awareness on issues such as systematic racism. One of the aspects that I find most interesting aspects of Jafa’s exhibition is his attention to current issues for our society and his methods of doing this by using footage and videos that contributes to a more impactful experience. The exhibition for me should be seen as a symbol of the relationship between the black Americans and the white supremacy in America in the past and the effect that this past has on the present. The police violence towards black Americans creates a consciousness of the past and history of the black people in America. It gives reference to the history almost as if Jafa wants to point out that we cannot overlook the history. Through his artworks Jafa wants to create awareness on the fact that there are still problems with racism and police violence towards black Americans. Something that we all know but through the footage and pictures Jafa makes this fact memorable.

An exhibition that addresses religion

As I looked at “The Love Is The Message, The Message Is Death” with Kanye West’s song Ultralight Beam playing in the background, I could not help but think that it was chosen with a purpose. The gospel choir from Ultralight Baam, filling the room during alternatively heartbreaking and heartwarming scenes taking place, I realized what the purpose was with Jafa’s choice of Ultralight Beam as I sat through the next piece of art. Which brings me to the next theme that is present in Jafa’s exhibition; religion. The next art piece was a 1 hour and 45 minutes footage showing videos from different Christian channels and a gospel choir. As I sat down through the 1 hour and 45 minutes, I realized that this footage testifies to the fact that religion and choir has played an important role for the black Americans in America, from the times when they were in the cotton fields singing together during slavery. And the relevance of Ultralight Beam laid in the fact that there is a big piece of Ultralight Beam where there is a choir, a gospel choir some would say, which is connected to black Americans that are Christians in America. So, at first glance I got tempted to believe that the footage is about religion but as I watched all of the footages in this art piece, I realized that religion was not the main point with this art piece. It was about more than that. Something else. And then I realized it was about community. This is where they find a sense of belonging, find joy on the good day and comfort on the dark days. So even though Jafa’s exhibition might seem fragmented, through more in depth occupation with the art pieces, I realized that it is not since there is themes that Jafa returns to and ties it all together.

The relevance of religion and videotapes

A big part of his exhibition “MagnumB” has a focus on videos and images, but it is not until the end of the exhibition that I understood why. In the last part of “MagnumB” there were shown interviews with Jafa. These interviews made me realize that Jafa uses these incidents, the devastating realities and transforms it into art, he uses it for something that makes you wonder. Considering that Jafa has a background in film cinemagraphy where he has produced music videos for artists it is no wonder that Jafa uses footage and pictures as the center of his art. These interviews also made me realize why religion has played a part in “MagnumB” – in the interviews he addresses religion and churches and his own background is marked by churches considering that his grandmother was a member of a Baptist church and served as a verger there.

Overall, this is one of the most exciting exhibitions at Louisiana right now, if not the most exciting one at the moment. The recommendation from here is definitely that you should go. Yes, it is worth it. It is more than worth it.

“MagnumB” is available at Louisiana until October 31st 2021 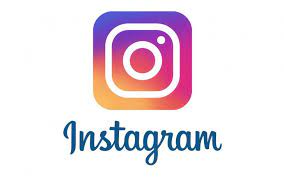 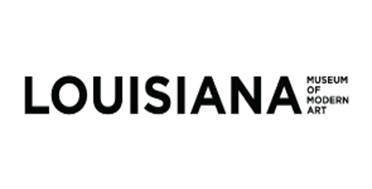